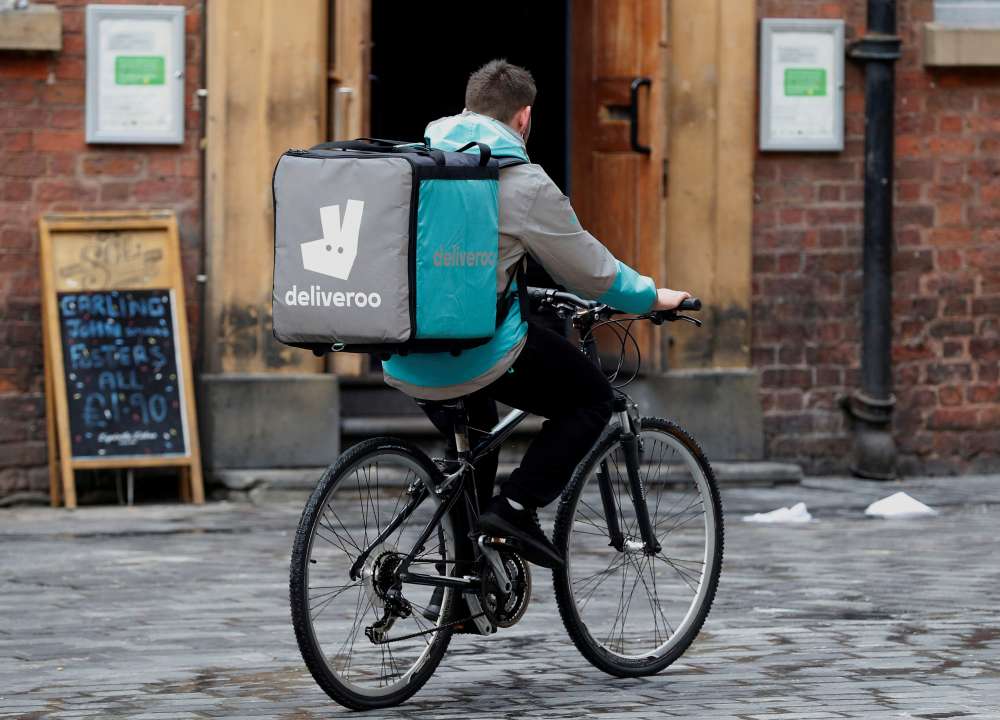 Amazon has taken a stake in British online food delivery company Deliveroo, leading a $575 million fundraising to pit itself against Uber Eats in the global race to dominate the market for takeaway meals.

The news the world’s biggest online retailer has bought into one of Europe’s fastest growing tech companies sent shockwaves through the sector, hitting shares in European rivals Just Eat , Takeaway.com and Delivery Hero.

The online giants are betting the takeaway market will expand as it branches out from fast, unhealthy meals to nutritious dishes, and that they have the scale to beat smaller rivals which have to sacrifice profits in the race to grow.

Deliveroo founder and CEO Will Shu said the fundraising would enable the loss-making group to increase its reach, develop technology and pursue innovations such as expanding its own kitchens that can be rented to restaurants to meet demand.

Deliveroo said Amazon was the lead investor in the new Series G funding round, but did not give a figure for its contribution. The fundraising takes the total Deliveroo has raised to date to $1.53 billion.

Shu said: “Amazon has been an inspiration to me personally and to the company, and we look forward to working with such a customer-obsessed organisation.”

Headquartered in London, Deliveroo uses 60,000 riders dressed in black and teal jackets to deliver meals from more than 80,000 restaurants and takeaway outlets in 14 countries including France, Germany, Hong Kong, Singapore and Kuwait.

Its “Frank” algorithm is designed to link the best restaurants and riders with the customer, based on their location.

It competes with Uber Eats, present in North America, South America, Europe, Asia and Africa, and part of the ride hailing giant that has a market valuation of $72 billion after its recent flotation.

It also competes with the loss-making Takeaway.com platform which is in 10 European countries and Israel, and Germany’s Delivery Hero. Operating in more than 40 markets with more than 290,000 restaurant partners, it hopes to break even in Europe in the second half of this year.

Showing the fight underway in each market, Takeaway.com and Delivery Hero recently settled a costly struggle for supremacy in Germany, with Takeaway agreeing to buy its larger rival’s businesses there for almost 1 billion euros ($1.1 billion).

In Britain, Deliveroo is locked in a battle with Uber Eats and the online platform Just Eat and its riders are a common sight carrying delivery boxes emblazoned with its kangaroo logo.

Just Eat, which traditionally connected customers with local takeaway restaurants that provided their own delivery service, has grown rapidly since it was launched by five Danish entrepreneurs in 2001.

Having listed in London in 2014, it has spooked investors in the last year with its need to constantly ramp up spending to meet demand. Just Eat had a market valuation of 4.6 billion pounds ($5.9 billion) prior to Friday, when its shares fell 10 percent in early trading.

“We’re impressed with Deliveroo’s approach, and their dedication to providing customers with an ever increasing selection of great restaurants along with convenient delivery options,” said Doug Gurr, Amazon UK country manager.

“Will and his team have built an innovative technology and service, and we’re excited to see what they do next.”

Amazon currently sells food in Britain through its Amazon Fresh, Amazon Pantry and Amazon Prime Now services and has a wholesale deal with supermarket Morrisons. But, according to market researchers Kantar Worldpanel, its UK grocery market share is still less than 1 percent.

It has previously tried and failed to run a restaurant delivery service in Britain.

By In Cyprus
Previous articleTurkey says U.S. scrapping trade deal contradicts goals
Next articleTIMELINE-Brexit: What is due to happen in British politics before Oct. 31?