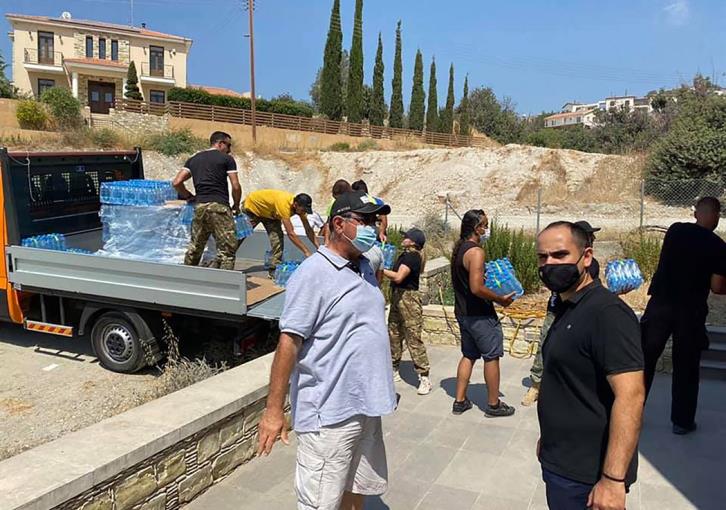 ‘A response by individuals and organised groups to support people affected by the fires is quite touching’, said Citizen’s Commissioner Panayiotis Sentonas, who’s heading efforts at the Skarinou coordinating Center.

Sentonas called on people to stop coming over to the Center or sending supplies (such as water of basic solid foods) for the time being, as needs have been well covered.

If it’s required, a new appeal will be launched.

A statement by the Office of the Citizen’s Commissioner said:

‘Following announcements on public contribution for those affected by the destructive blaze, there was massive interest by both citizens and organised groups. It’s been a quite touching response and the Office is deeply grateful to citizens’.