All political parties except one, to accompany President to Geneva 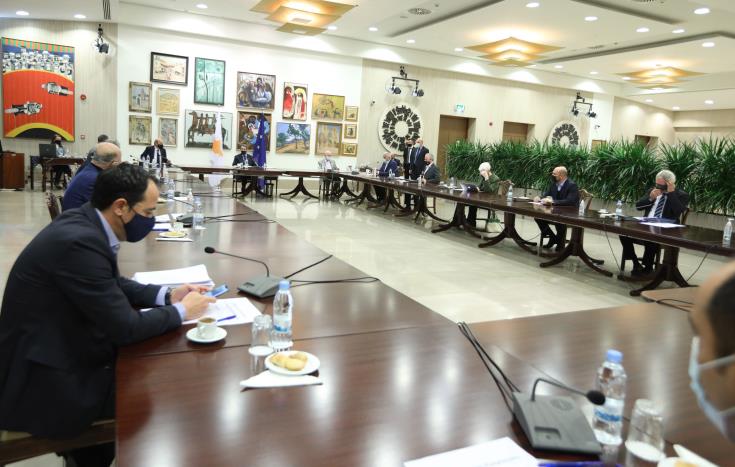 All political parties except one have accepted the invitation of the President of the Republic and will accompany him to Geneva where the informal conference on Cyprus will take place, 27-29 of April, Government Spokesman Kyriakos Koushos said on Tuesday.

Speaking after the meeting of the National Council, the top advisory body to the President on the Cyprus issue, Koushos said that the President briefed the political party leaders on the latest developments in the Cyprus issue, on the contacts and exchanges of views he had with European institutions and EU heads of state and government, as well as with other members of the international community.

Koushos said that the President also briefed the political party leaders on the process to be followed during the informal conference in Geneva and called on the political leaders to accompany him.

“All political parties, with the exception of ELAM, have accepted the invitation of the President of the Republic and the political leaders will be present in Geneva,” he said.

He added that the President informed the political party leaders that he will convene one more meeting of the National Council before going to Geneva and that the advisory team of the President and the Greek Cypriot negotiator will continue its meetings.

Furthermore, Koushos said that the President of the Republic also referred during the meeting to the developments regarding the coronavirus pandemic and especially to the recent events that took place in Limassol, and asked the political party leaders to contribute to the efforts so that citizens demonstrate self-discipline to limit the spread of the virus, that will allow us to  return to normality  as soon as possible.

By gavriella
Previous articleLive streaming from the Vienna State Opera
Next articleMoshi Moshi: the new sushi bar in Nicosia