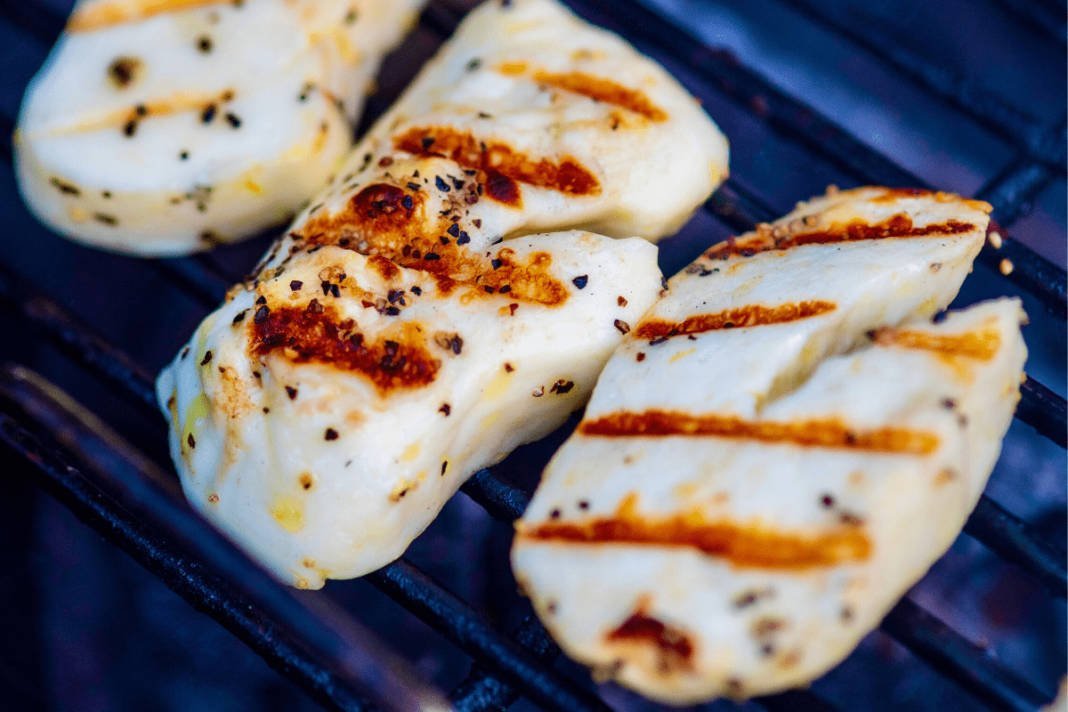 Halloumi or haloumi is a semi-hard, unripened cheese made from a mixture of goat’s and sheep’s milk, and sometimes also cow’s milk.

It has a high melting point and so can easily be fried or grilled. This property makes it a popular meat substitute. Rennet (mostly vegetarian or microbial these days) is used to curdle the milk in halloumi production, although no acid-producing bacteria are used in its preparation.

Halloumi is often associated with the island of Cyprus, where it has been produced by a multi-ethnic population for many centuries. It is also popular throughout the Eastern Mediterranean.

By 2013, demand in the United Kingdom had surpassed that in every other European country except Cyprus.

The Egyptian Arabic word is itself a loanword from Coptic ϩⲁⲗⲱⲙ halōm (Sahidic) and ⲁⲗⲱⲙ alōm (Bohairic), and was used for cheese eaten in medieval Egypt. The name of the cheese likely goes back the Demotic word ḥlm “cheese” attested in manuscripts and ostraca from 2nd century Roman Egypt.

The Cypriot Turkish name hellim and the name of the modern Egyptian cheese hâlûmi both derive from this source, though the latter is essentially a different cheese from the Cypriot one

The earliest known surviving descriptions of Cypriot halloumi were recorded in the mid-16th century by Italian visitors to Cyprus, where it is often said to have originated.

However, the question of whether the recipe for the quintessential halloumi was born in Cyprus and then travelled to Lebanon and the rest of the Levant, or whether the basic techniques of making cheese that resists melting evolved over time in various parts of the eastern Mediterranean—or both—does not have a definitive answer. 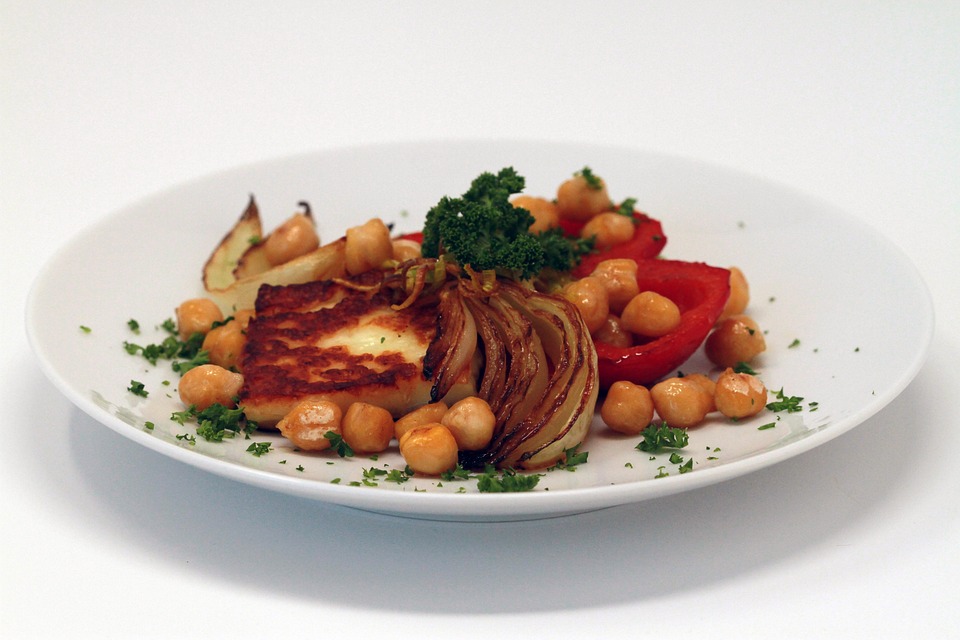 Cypriot farmers relied on halloumi as a source of protein and in many villages the entire community would join forces and make huge batches together. Recipes varied from village to village, with each taking great pride in their special technique and secret ingredients. Halloumi became so important to village life that even the surnames of many Cypriot families reflect their role in halloumi production, with names such as Hallumas, Halluma and Hallumakis common by the 19th century.

Traditionally, halloumi was made from sheep and goat milk, since there were few cows on the island until they were brought over by the British in the 20th century. But as demand grew, industrial cheese-makers began using more of the cheaper and more plentiful cow’s milk.

The cheese is white, with a distinctive layered texture, similar to mozzarella, and has a salty flavour. It is stored in its natural juices. It is commonly garnished with mint, a practice based on the fact that halloumi keeps better and stays fresher and more flavoursome when wrapped with mint leaves. In accordance with this tradition, some packages of halloumi contain fragments of mint leaves on the surface of the cheese. 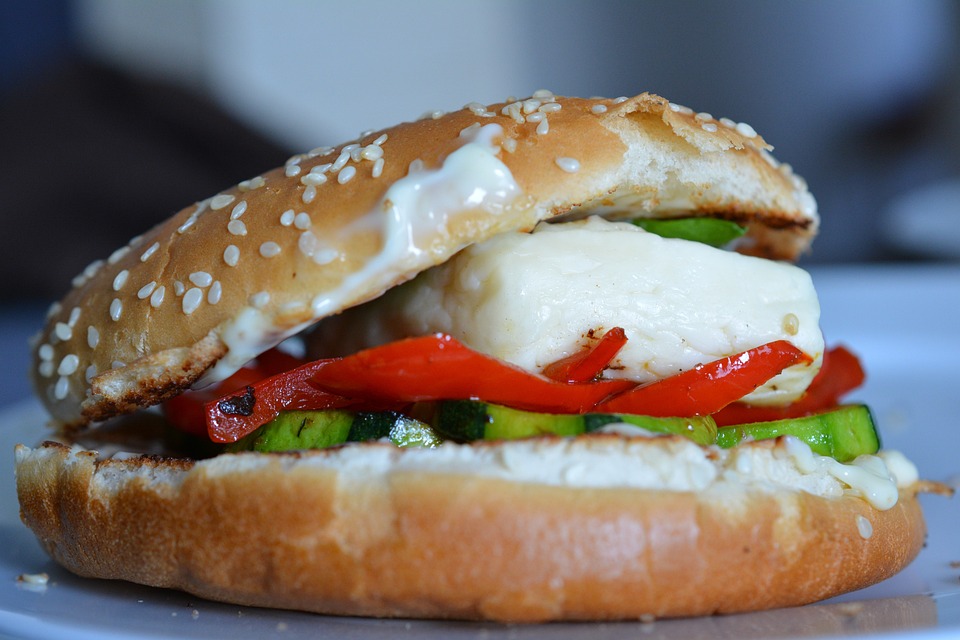 The cheese is often used in cooking and can be fried until brown without melting, owing to its higher-than-normal melting point. This makes it an excellent cheese for frying or grilling (as in saganaki) or fried and served with vegetables, or as an ingredient in salads. Cypriots like eating halloumi with watermelon in the warm months, and as halloumi and lountza, a combination of halloumi cheese and either a slice of smoked pork, or a soft lamb sausage. In many regions it is often eaten with breakfast, or as a light meal or side dish.

The resistance to melting comes from the fresh curd being heated before being shaped and placed in brine.[citation needed] Traditional halloumi is a semicircular shape, about the size of a large wallet, weighing 220–270 grams. The fat content is approximately 25% wet weight, 47% dry weight with about 17% protein. Its firm texture when cooked causes it to squeak on the teeth when being chewed. 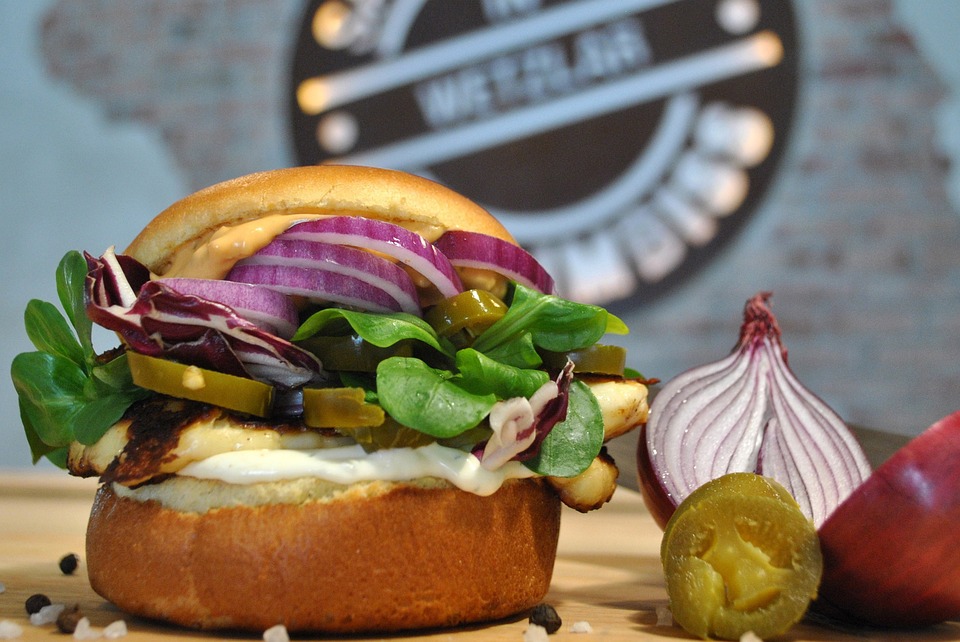 Traditional halloumi is made from unpasteurised sheep and goat milk. Many people also like halloumi that has been aged; kept in its brine, it is much drier, much stronger and much saltier, making it very different from the milder halloumi generally used in the West.

And what is your favourite recipe with halloumi?

Do you prefer it grilled or fried?

Hot Dog feast at the Home For Cooperation on April, 17