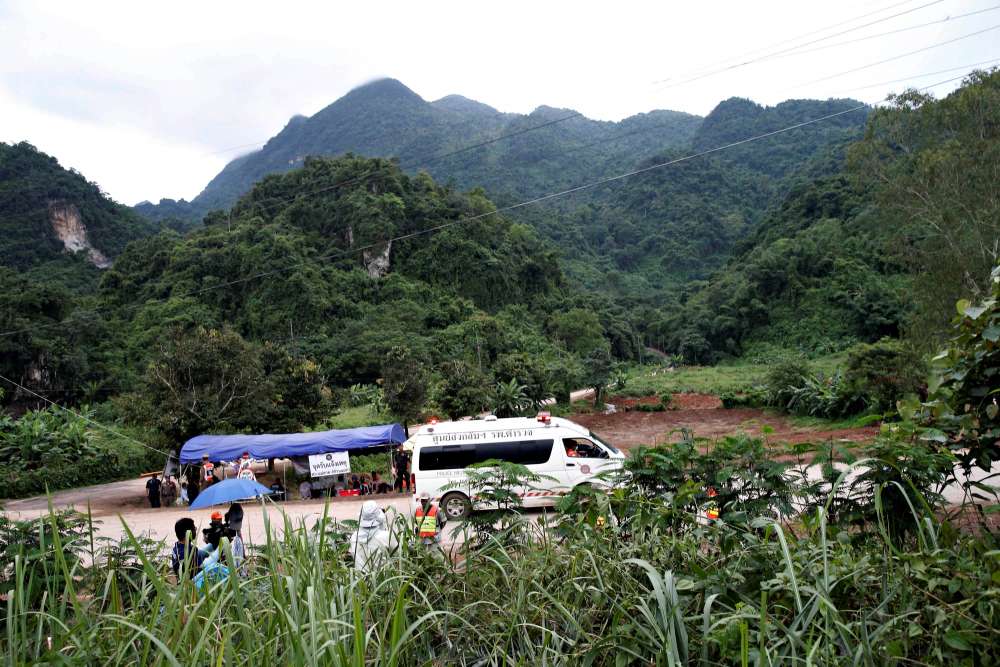 All 12 boys and their soccer coach trapped for more than two weeks deep inside a flood Thai cave have been rescued, a Thai navy SEAL unit said on Tuesday, a successful end to a perilous mission that has gripped the world.

“The 12 Wild Boars and coach have emerged from the cave and they are safe,” the Thai navy SEAL unit said on its official Facebook page.

The “Wild Boars” soccer team and their coach got trapped on June 23 while exploring the cave complex in the northern province of Chiang Rai after soccer practice and a rainy season downpour flooded the tunnels.

British divers found the 13, hungry and huddled in darkness on a muddy bank in a partly flooded chamber several kilometres inside the complex, on Monday last week.

After pondering for days how to get the 13 out, a rescue operation was launched on Sunday when four of the boys were brought out, tethered to rescue divers.

Another four were rescued on Monday and the last four boys and the coach were brought out on Tuesday.

Celebrations will be tinged with sadness over the loss of a former Thai navy diver who died last Friday while on a re-supply mission inside the cave in support of the rescue.

By In Cyprus
Previous articleCouple held following theft of wallet with €9,350 at Limassol casino
Next articlePergola Grill & Bar