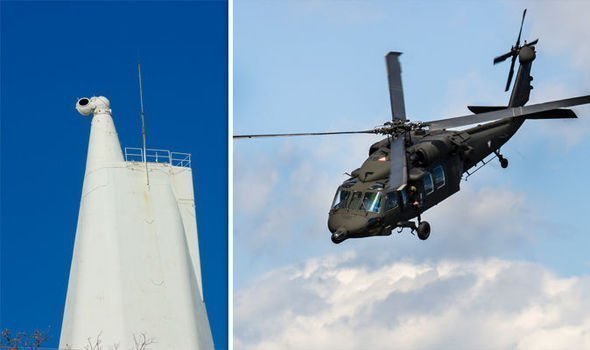 A conspiracy theory that proof of alien life is being covered up is swirling after FBI agents swooped on a space observatory, evacuated it – and refused to explain why or what has happened.

The Sunspot Solar Observatory usually spends its time looking at the Sun and trying to understand our celestial neighbour. But it has been banned from doing so for the past week, since federal agents secretly arrived and shut down the entire area.

Its website only says that the shutdown happened “due to unforeseen circumstances” and that the facility would remain closed “until further notice”.

Local police said they had received reports that FBI agents arrived in a Blackhawk helicopter and swooped around the observatory. They would not even tell law enforcement why they were there, police said.

The local sheriff’s office said it had no explanation of what had happened, but suggested that there was “a lot of stuff going on.”

“We’ve got people up there (at Sunspot) that requested us to standby while they evacuate it, nobody would really elaborate on any of the circumstances as to why.

“The FBI were up there. What their purpose was nobody will say.”

He also described the mysterious scene as the FBI swooped on the facility.

“For the FBI to get involved that quick and be so secretive about it, there was a lot of stuff going on up there.

“There was a Blackhawk helicopter, a bunch of people around antennas and work crews on towers but nobody would tell us anything.”

The mystery and the observatory’s usual work has led to theories across the internet suggesting the shutdown came after scientists spotted something they shouldn’t have. One prominent YouTube channel suggested it had accidentally seen an alien craft, for instance.

Conspiracy theorists have been encouraged by the fact the the observatory is only around 200km from the famous Roswell landing site.

In 1947, a UFO dropped fell down to Earth there that prompted stories that it was an alien craft. Officials initially said it was a weather balloon but it later became clear it was actually part of secretive nuclear testing – but some still claim it was something more extraterrestrial.