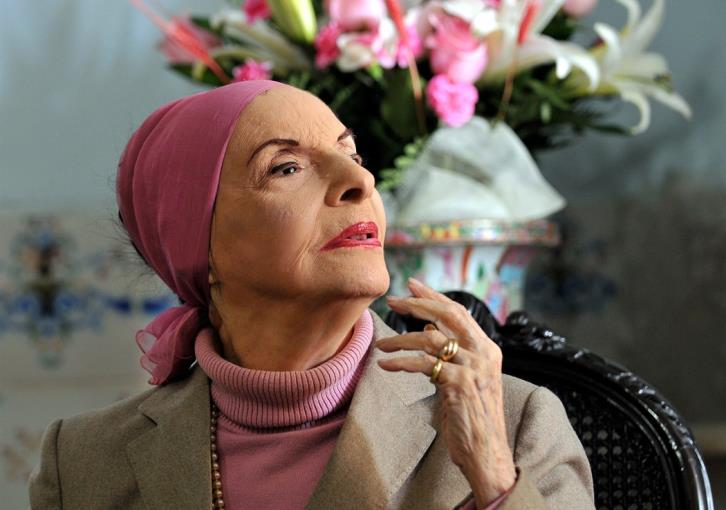 Legendary Cuban ballerina Alicia Alonso, who achieved global acclaim in the 1940s and went on to run the internationally renowned National Ballet of Cuba for decades, died late on Thursday at age 98, state-run media said.

“Alicia Alonso has gone and left an enormous void, but also an unbeatable legacy,” President Miguel Diaz-Canel said in a post on Twitter. “She positioned Cuba at the altar of the best of dance worldwide. Thank you Alicia for your immortal work.”

One of the greatest 20th century ballerinas, Alonso used her star power to make a sometimes elitist art form popular on her Caribbean island, forging the world’s largest ballet school with a unique bravura style.

Alonso immediately identified herself with the 1959 revolution and, with her dance partner of many years, the Russian Igor Youskevich who died in 1994, performed for the bearded guerrillas of Fidel Castro’s rebel army after they took power in Havana. She remained closely associated with the Communist government until the end.

So revered is Alonso in Cuba – where a perfume carries her name and the huge Coppelia ice cream parlor is named after one of her signature roles – that she carried the rare title of prima ballerina assoluta, reserved for only the most exceptional of dancers.

“As the daughter of a small Caribbean island, Alonso confronted all the barriers, those who said ballet was an art of developed countries, that the Latino physique and temperament could not adjust to the needs of classical dance,” Cuban-born Carlos Acosta, former principal guest artist of the Royal Ballet, said in a statement on Thursday.

“Alicia Alonso destroyed all these prejudices when she made her entrance on the stage.”

Alonso’s breakout role was “Giselle” in New York on Nov. 2, 1943, when she replaced British dancer Alicia Markova, who fell ill, in the newly formed company that would become the American Ballet Theatre (ABT).

For her debut in the ethereal 1841 French Romantic role, Alonso had learned the steps with her hands while recovering from eye surgery.

“Her imprint on ABT as one of the charter members of Ballet Theatre is immeasurable,” said Kevin McKenzie, artistic director of the New York-based company, in a statement on Thursday. “Alicia’s grace, intelligence and courage will surely leave a lasting impact on our art form.”

Petite with an angular face, Alonso danced until her 70s despite having trouble walking, and continued to direct her company with the help of trusted artists who served as her eyes.

“She has a very vivid imagination which allows her to see things in her mind as they would appear on stage,” Suki John, an American scholar on Cuban dance whom Alonso had invited to choreograph for the National Ballet of Cuba, told Reuters in a July 2015 interview. “She developed this visual acuity as a young dancer when she had one of her first operations on her eyes.”

Alonso for years did not name a successor because, she said, “I will live until I’m 200,” according to several of her dancers and collaborators. Critics accused her of holding onto power for too long, even as her health faltered.

Dancer Viengsay Valdés, who was named deputy artistic director in January, is widely expected to take over the company.

Together with her first husband Fernando Alonso and his brother Alberto, the ballerina forged a national ballet style that Castro used to showcase Cuban culture.

With Alonso’s prodigious speed, turning ability and attention to stylistic detail as a benchmark, the Cuban school – which has about 3,000 students – fused the best from the Russians, French, Italians, British and Americans with Latino flair and Afro-Cuban sensuality.

“We Cubans were born to dance as a people, thanks to the mix of races, the Spanish and the African, both lovers of dance,” Alonso told Reuters in 2004. “Cuban dancers immediately stand out with their expressive way of performing the great classics or the moderns.”

According to Alonso’s own account in a 1981 biography, Castro asked her how much money she needed to organize the National Ballet.

Alonso choreographed and polished a small repertoire of classic masterpieces in isolation from the rest of the world, creating a style for her company that some critics have called old-fashioned but others have commended as preserving elements neglected outside Cuba.

“Her legacy is a devotion to the classical perfection of ballet,” Jane Hermann, U.S. agent for the National Ballet of Cuba since 1978, said in a phone interview on Thursday.

Many Cuban dancers who defected on international tours during the Cold War or left afterward earned Alonso’s disdain, although some male stars had a freer license to work abroad.

Born on Dec. 21, 1921, Alonso first appeared on stage in Havana in 1931. She married fellow student Fernando at the age of 16 and they soon moved to New York, joining Ballet Caravan, the precursor of New York City Ballet.

By the late 1940s she had performed starring roles, particularly Giselle, at the old Metropolitan Opera House in New York and London’s Covent Garden. In 1946, Mademoiselle magazine listed her as one of the 10 most distinguished women in the world.

Her vision, which started to deteriorate at age 19, became so bad that she had trouble seeing her fellow dancers and relied on stage lights to guide her. A series of operations in the early 1970s improved her vision.

In 1948, the Alonsos founded the Alicia Alonso Ballet Company in Havana, but she continued to dance for a while with the American Ballet Theatre. Her ballet company folded in 1956 through lack of funds. The National Ballet was formed after the revolution.