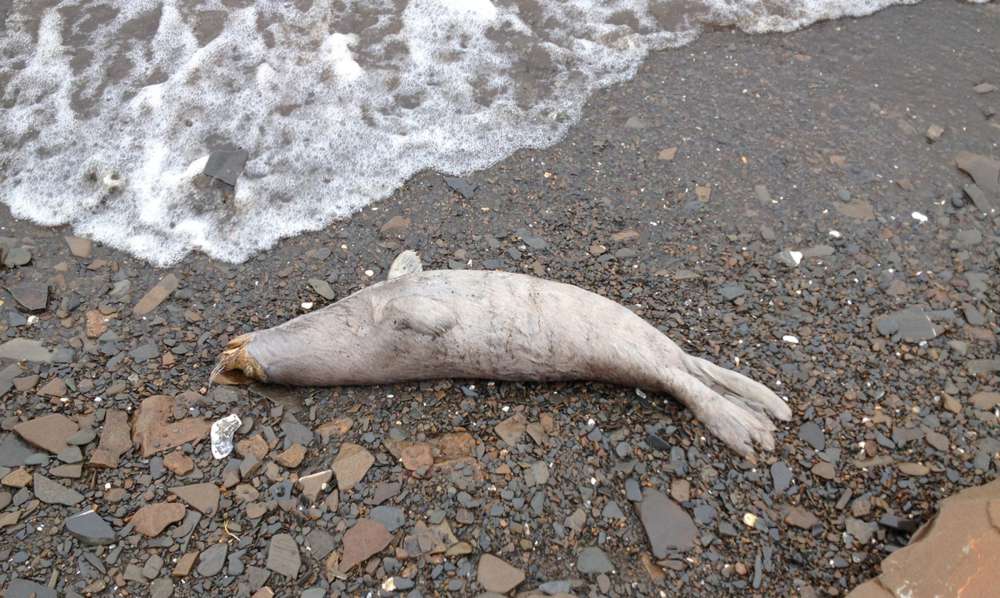 At least 60 dead seals have been discovered along beaches of the Bering Sea and Chukchi Sea in northwesternAlaska, and scientists are trying to determine what caused their deaths, the National Oceanic and Atmospheric Administration (NOAA) said on Wednesday.

The dead seals – bearded, spotted and ringed seals – have been found at sites ranging from southern edge of the Bering Strait region to the Chukchi coastline above the Arctic Circle, NOAA’s Fisheries said.

Ice in the Bering and Chukchi seas has been far scarcer than normal, and sea-surface temperatures have been far higher than usual, according to scientists and agency reports. But the cause of the seal die-off is as yet unknown, said Julie Speegle, an Alaska spokeswoman for NOAA Fisheries.

“We are mobilizing to get our marine mammal experts and our partners there to get some samples,” Speegle said. “It could be a harmful algal bloom. It could be a number of things.”

There is almost no ice left in the Bering Sea, and the summer melt has been at least three weeks ahead of normal, while melt in the Chukchi Sea is about a month ahead of normal, according to Brian Brettschneider, a climatologist with the University of Alaska Fairbanks.

Sea-surface temperatures along the coastlines of the Bering Sea and the southern Chukchi Sea were as much as 4.5 degrees Celsius (8.1 Fahrenheit) above normal last month and remained well above normal as of this week, according to NOAA data.

The reports of dead seals, which started in May and come from village residents and a National Park Service biologist, coincide with mounting discoveries of dead gray whales along the West Coast from California to Alaska.

The whale die-off has been designated as an “unusual mortality event,” a classification that authorizes a special investigation.

Speegle said it is unclear whether the seal and whale die-offs are connected.

By In Cyprus
Previous articleRepublicans in U.S. Congress push back on Trump weapons packages to Saudi Arabia, UAE
Next articleIs bitcoin growing up? Regulated futures boom as investors seek a safer ride