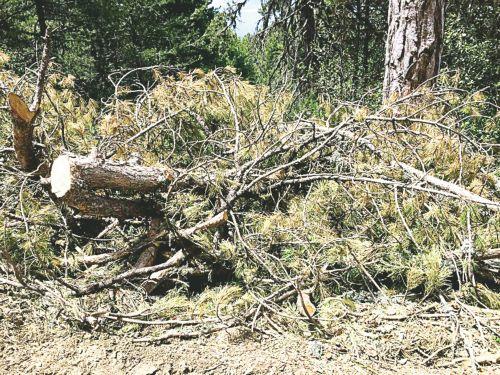 Environmental experts are alarmed over the systematic cutting by the Department of Forests of black pine trees (pinus nigra) at Prodromos forest in Troodos, Philenews reported on Tuesday.

Pinus nigra is in danger of extinction and can only be found at the highest peaks of Troodos mountains, according to the island’s Natural and Cultural Heritage Centre.

That’s why these trees – some of which are over a century old – should be protected and preserved rather than systematically being chopped off, the Centre’s Sofocles Sofocleous said.

“No black pine tree can be spared, much less the over a century old black pines which are the diamond of Troodos’ natural heritage,” he added.

The Centre has appealed to the Minister of Agriculture, Rural Development and Environment, under whose jurisdiction the Department of Forests comes, to immediately intervene.

And it also reminded that this area is included in the Natura 2000 Network’s Special Conservation Zone and Special Protection Zone.

The Department’s excuse behind the cutting of these trees is the renewal of Cyprus’ forests, but the Centre believes interests of individuals who trade in timber are actually behind these acts.

“The way cutting is carried out leaves reasonable suspicions of entanglement…their argument that revenues from the sale of the estimated 150-200 such trees goes towards the state treasury is more than ridiculous,” Sofocleous said.

“Because the Cypriot state does not need to enrich its funds by selling out natural forest heritage,” he added.