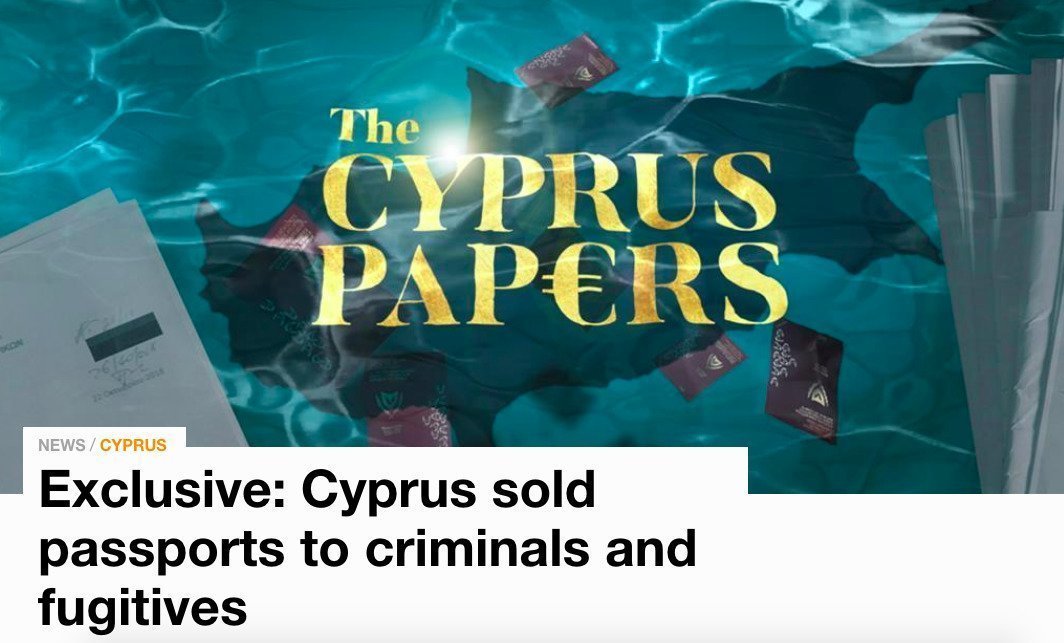 Al Jazeera published on Sunday the first findings of its investigation into 1,400 leaked approved applications for a Cyprus ‘golden passport’ between 2017-2019 that it says “raises serious questions about the Cyprus Investment Programme.”

In its first of a series of stories on ‘The Cyprus Papers’, the Al Jazeera Investigative Unit lists some of the names of individuals that appear to have been suspected or wanted for crimes at the time they received their Cyprus citizenship.

The identities made public by Al Jazeera are:

Mykola Zlochevsky, owner of Ukrainian energy giant Burisma. According to Al Jazeera, Zlochevsky was granted the Cypriot citizenship in 2017 when he was under investigation for corruption in Ukraine. In June 2020 Ukrainian prosecutors were reportedly offered $6 million to drop the investigation. Zlochevsky and Burisma deny any knowledge of the bribe.

Nikolay Gornovskiy, Russian former head of energy giant Gazprom. Al Jazeera reports that he was on a wanted list for abuse of power when he obtained a Cyprus citizenship in 2019.

Ali Beglov, a Russian national who was granted Cypriot citizenship despite having served a prison sentence for extortion.

Zhang Keqiang, a Chinese businessman who received a passport despite having served prison time for a fraudulent deal.

Pham Nhat Vu, a Vietnamese national whose citizenship application was approved a month after he was charged paying out millions in bribes in a telecoms deal. He is currently serving three years prison time.

Reporting on the story, Philenews notes that Cyprus recently passed two bills further tightening regulations of its investment programme that enable the revocation of three citizenships granted through the scheme.

In this framework, Al Jazeera points out that Venezuelan Leonardo Gonzalez Dellan, former banker sanctioned by the US for laundering millions in currency on behalf of the Venezuelan government, could lose his Cyprus citizenship.

Similarly, Ukrainian Oleg Bakhmatiuk is under investigation in Ukraine for embezzlement and money laundering linked to his agri operations. Bakhmatiuk says allegations are fabricated.

In addition, Russian brothers Alexei and Dmitry Ananiev, who obtained a Cyprus passport in 2017, are facing charges of embezzlement from their own bank, while Chinese national Li Jiadong, who also received Cypriot citizenship, has been sanctioned by the US for laundering $100 million in cryptocurrency.

Finally, Iranian Maleksabet Ebrahimi and son Mehdi, both on Interpol’s most wanted list for money laundering and fraud, were also granted a Cyprus passport. The father denies allegations and said he was in full compliance with the laws of Iran and Cyprus.

Reached for comment by Al Jazeera, Cyprus’ Interior Minister Nicos Nouris said that “No citizenship was granted in violation of the regulations in force at the given time,” while chair of the House Standing Committee on Internal Affairs Eleni Mavrou said that “The way the programme was implemented the last few years was obviously a procedure that allowed cases for which the Republic of Cyprus should be ashamed,” adding that she believes that “the new regulations will not leave room for foul play or for stepping over the boundaries that a state should respect.”