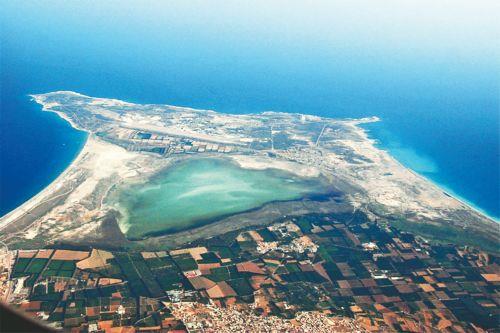 The cabinet has approved a proposal by the Agriculture Ministry for Akrotiri Peninsula within the British Bases to come under full environmental and sea protection status.

The area which hosts extremely rare mammals and habitat is now in unprecedented danger from human actions, Philenews reported on Friday.

And it added that the Ministry’s proposal aims towards the effective protection of  endangered species such as the Schreiber’s Fringe-fingered Lizard Acanthodactylus schreiberi.

As well as the loggerhead Caretta caretta and Green Turtles Chelonia mydas which arrive in this area to lay their eggs in the summer months, while the sea caves provide one of the last remaining breeding refuges of the Mediterranean Monk Seal Monachus monachus.

The area is administratively part of the British Bases but the Law Office of the Republic of Cyprus has now given the green light for it to get protection status.

The Department of Fisheries and Marine Research had sent a letter to the Law Office and in consultation with the Foreign Ministry requested a legal opinion on the status of the sea areas adjacent to the British Bases.