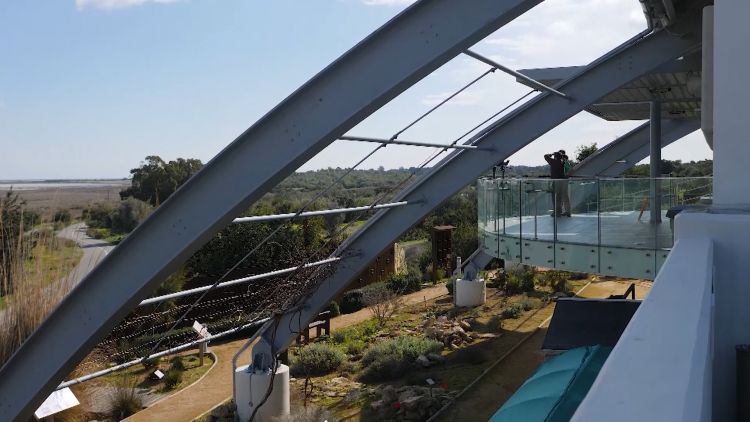 A new scientific study looking at the plant and wildlife species around the British bases in Cyprus is underway, the British Forces network has reported.

It said that scientists from 37 nations attended a conference at Akrotiri, focusing on the impact of invasive species.  To help them gather the new data, they invited volunteers from the local military community to join them for a 24-hour biodiversity study, called a ‘Bio Blitz’.

In a meadow just outside RAF Akrotiri, volunteers looked for insects and plants.

Particular specimens aren’t native to Cyprus, and they are so-called ‘invasive species’.

The event was organised as part of the first annual meeting of ‘Alien CSI’ – a European-wide programme focusing on the impact of non-native animals and plants on the environment.

Professor Helen Roy from the Centre for Ecology and Hydrology said: “We have been working really hard in a whole variety of aspects to do with citizen science – involving people in science and alien species.

“For example, we have been considering what are the best approaches for engaging people. We have got some fantastic volunteers out here today, looking at insects visiting alien plants, for instance. How can we engage them more?

“Back in the UK, Japanese knotweed can cause problems to buildings, for instance, so it can have an economic impact there. Or some plants along railway systems, that can cause a problem.”

The wetlands are home to 800 varieties plants and 300 bird species.

100 scientists from around the world attended the Alien CSI meeting at Akrotiri’s Environmental Education Centre.

The conference heard how 14,000 non-native species have been introduced to Europe – either accidentally or deliberately by man.

The economic cost was put at £17 billion.

Neo Andreou from the Bases Joint Services Health Unit said: “We put these traps in the lake, we leave them for twenty-four hours and we come the next day to collect them.”

The Environmental Centre opened in 2014 and hosts thousands of visitors each year.

Professor Alan Deidun is a marine biologist at the University of Malta.

He brought an underwater drone to survey Akrotiri’s small fishing harbour for non-native marine life. He explained: “Harbours and marinas are hotspots for alien species, because they act as entry points for alien species coming in.”

For the citizen scientists involved in the day this was a chance to take a closer look at the amazing nature on their doorstep.

The Environmental Centre opened in 2014 and hosts thousands of visitors each year.

It overlooks the peninsula’s vast salt lake – one of the most important wetlands in Europe.

Ecologists focused on one of the saline lakes, charting its depth and laying nets as they looked for signs of fish like Bass and Mullet, which may have been imported from the sea.

For the citizen scientists involved in the day, it was a chance to take a closer look at the amazing nature on their doorstep.

In a meadow just outside RAF Akrotiri, volunteers looked for insects and plants.

Georgie Walker, a Bio Blitz volunteer, said: “I am really really fascinated in the flora and fauna of Cyprus.

“I am a geographer, I teach geography, I have done primary school teaching for many years. “I just wanted to be part of this day, the bio delve, to learn lots of new information about what is on the Akrotiri Peninsula.”

It was the inaugural meeting of Alien CSI, but the programme will continue in the future, as it has been given four years of EU funding.

The data gathered in Cyprus and elsewhere will be used by policymakers, communities and other scientists.

They hope it can educate and inform, and ultimately help to combat the threat of alien species.