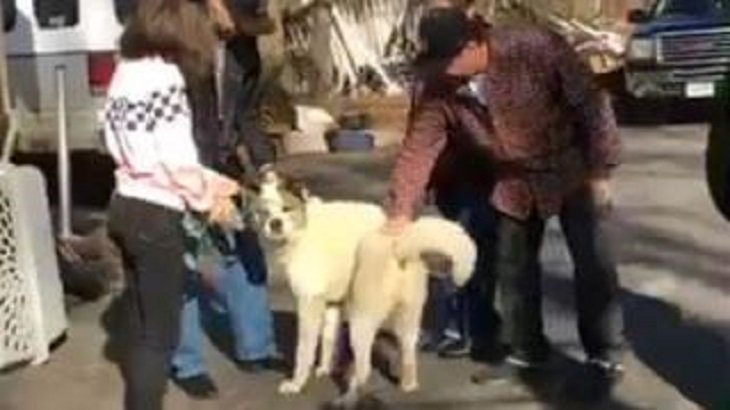 An Akita called Kingston has been reunited with his family, 101 days after he got lost as the family were fleeing the devastating Paradise fire in northern California.

International media reports say that the Akita jumped out of the truck as the family fled to safety.

The family never gave up on finding him, putting up flyers, contacting animal shelters and posting online.

“When I found out, [it] just about brought me to tears,” Gabriel Ballejos told Associated Press (AP) after being reunited with his dog. “I’m so proud of him. I can’t believe it. He’s a true survivor.”

The Akita is believed to have survived by hunting skunks.

Kingston, who the family say was known to hunt skunks before the fire, smelled so strongly of the pungent odour that volunteers spent several hours washing him before reuniting him with the Ballejos family.

“He still smelled even though they used stuff that neutralises the skunk smell,” Suzanne Maxwell, a local resident and volunteer for Friends of Camp Fire Cats, told the BBC.