Akinci: Checkpoints did not close because of the coronavirus 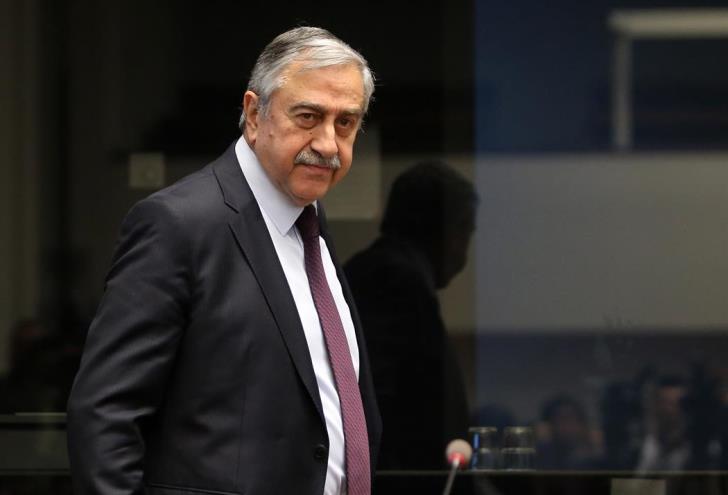 Turkish Cypriot leader Mustafa Akinci on Thursday visited shopkeepers affected by the closure of Ledra Street checkpoint and reiterated that the four checkpoints had not been closed in order to prevent an outbreak of coronavirus, as the Cyprus government contends.

Akinci has been vocal in his criticism of last week’s decision by the government to suspend operation of four checkpoints temporarily to release resources for better screening at the other checkpoints which remain open.

He has spoken to President Nicos Anastasiades and also raised the issue yesterday with UN special representative in Cyprus Elizabeth Spehar.

Akinci told the shopkeepers that he was writing to the UN chief with his concerns and was also in touch with the EU over what he described as a ‘mistaken decision’.

The whole world is facing a coronavirus issue, the Turkish Cypriot side has taken the required steps but closing checkpoints was mistaken since measures should be taken at ports of entry, he told them.

This, he added, was also the decision of the bicommunal technical committee on health.

Akinci said Anastasiades had called him yesterday about irregular migrants and he had responded that they do not go through Ledra Street and Dherynia checkpoints but cross into the government controlled areas illegally. Nor is there a case of organised movement of migrants, he added.

The Council of Ministers will review the decision on the checkpoints on Monday, but Akinci indicated he was not optimistic there would be a change, adding that the UN, the EU and groups with the Greek Cypriot community disagreed,

“It was a mistaken step. Let us wait until Monday and let’s hope that the decision will change. I hope the mistake will soon be reassessed,” he said.