Akel MP Adamos Adamou could be the new House President 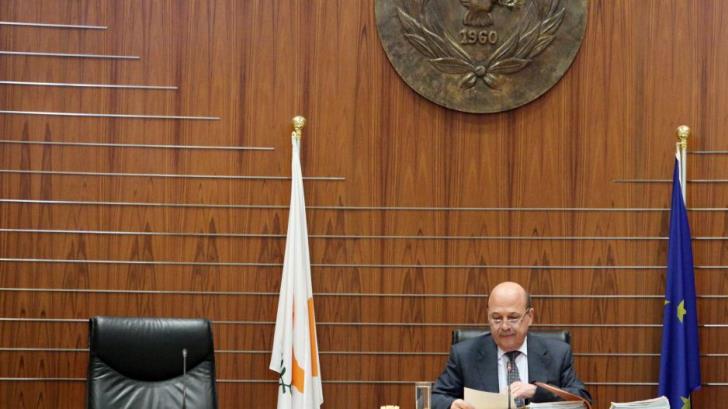 Parliamentary party leaders are meeting at noon on Friday to decide who the new House President will be now that Demetris Syllouris has resigned in the wake of a cash-for-passports scandal.

Following Syllouris’ resignation around noon on Thursday, Opposition Akel’s Adamos Adamou – as the oldest MP – is both acting President of the Republic and House President.

Syllouris was the second highest-ranking state official and was deputising as acting president in the absence of Cyprus President Nicos Anastasiades.

Adamou has already said that, if asked, he is ready to undertake the House Presidency.

Philenews has inside information that soft-spoken Adamou is the favourite of most parties.

Next parliamentary elections in the Mediterranean island are set for May 2021.

Syllouris’ resignation was sparked by an Al Jazeera documentary aired on Monday in which an undercover reporter poses as a representative of a Chinese businessman with a criminal record.

Syllouris is shown promising to facilitate the businessman’s passport application – something that triggered public outrage and forced authorities to suspend the island’s controversial citizenship for investment programme.