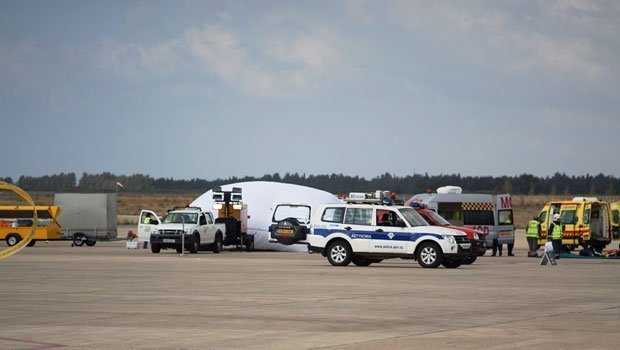 About 100 APOEL  fans who were  due to travel to Switzerland for their team’s Europa League game against FC Basel may have to watch it on TV after their airplane developed a technical problem and landed at Paphos Airport.

The Larnaca-Basel charter flight took off at 8.05 am on Thursday, but the airplane developed a technical problem and landed at Paphos Airport at 8.50 am.

There were 100 passengers and four crew members on board who are returning to Larnaca by bus.

It remains unknown whether the flight will be carried out.

Philenews reports that the pilot asked to return and land at Paphos after indications of decompression in the cabin.

The airplane landed safely at Paphos where airport services had activated the necessary protocols.

By In Cyprus
Previous articleFresh delay to plans to install traffic cameras
Next articleBiting passengers on flight is no reason for cash compensation delay: EU court adviser