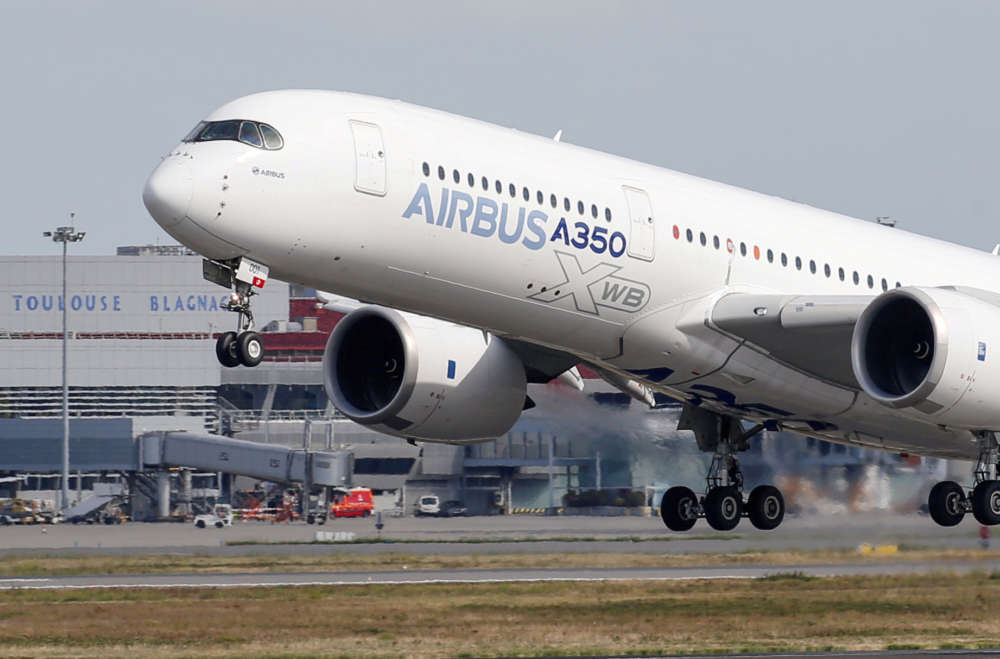 Europe’s Airbus posted stronger-than-expected deliveries of 566 jets in 2020, remaining the world’s largest plane maker as a year of pandemic-induced upheaval for air travel coincided with a grounding crisis at U.S. rival Boeing.

Deliveries fell by 34% from a record posted a year earlier, when travel demand was riding high on the increasing mobility of consumers in fast-growing markets across Asia.

Now, the aerospace industry is wrestling with the reluctance of most airlines to take delivery of jets as they struggle to save cash, and a drop in air traffic that Airbus says could take until 2023 or 2025 to regain the pre-pandemic levels of 2019.

Still, Airbus said it had delivered 566 aircraft in 2020, exceeding estimates earlier in the year when the coronavirus crisis led to a lockdown of major travel markets.

“We can be cautiously optimistic for 2021…but challenges and uncertainties remain high,” Chief Executive Guillaume Faury told reporters.

The announcement confirmed a Reuters report on Tuesday that Airbus had delivered more than 560 jets in 2020.

Airbus declined to give 2021 deliver forecasts ahead of full-year earnings due on Feb. 18.

Airbus sold a net total of 268 aircraft last year after adjusting for cancellations, down from 768 in 2019.

Hampered by the grounding of its best-selling 737 MAX, Boeing delivered 118 jets between January and November and had a negative total of 454 net orders before accounting adjustments, giving Airbus an unassailable lead.

Airbus deliveries rose sharply in the second half of the year compared with the first months of the crisis as Airbus made a push for delivery agreements with many airlines, in some cases allowing for temporary storage, according to industry sources.

But Airbus said virtually all new planes had entered service, even though many were not being flown as intensively as they would have been before coronavirus upended growth plans.

Faury reaffirmed plans to raise output by 18% in the second half of the year while noting volatility over forecasts, with rising infections offset by accelerating vaccine rollouts.

Cancellations included 10 A350 wide-body jets worth $3.2 billion at list prices from AirAsia X. Airbus said it had taken the decision to cancel the deal, but questions remain over 108 other orders from the troubled Malaysian budget carrier.

Planemakers have used the crisis to remove or reclassify some orders – left over from a decade-old speculative order boom – that were seen as unlikely to result in actual deliveries.

Airbus has told a Malaysian court it stands to lose more than $5 billion worth of orders as it challenges AirAsia X’s debt-restructuring plans.

In total Airbus lost orders for 26 wide-body jets, reflecting a slump in intercontinental travel that is expected to be the slowest segment to recover.

They were, however, dwarfed by cancellations to be reported by Boeing next week after airlines and leasing companies cancelled hundreds of orders for the MAX during the grounding.

With the industry’s main showcase, the Paris Airshow, cancelled in 2021, Airbus cautioned it did not expect a return towards big-ticket jet orders while travel remained depressed.

“It will be a while before we are back on an even keel,” Chief Commercial Officer Christian Scherer said. (Reuters)

By Annie Charalambous
Previous articleGarbage, broken equipment and torn furniture dumped in the open – PHOTOS
Next articleFacebook and Twitter crackdown around Capitol siege is too little, too late