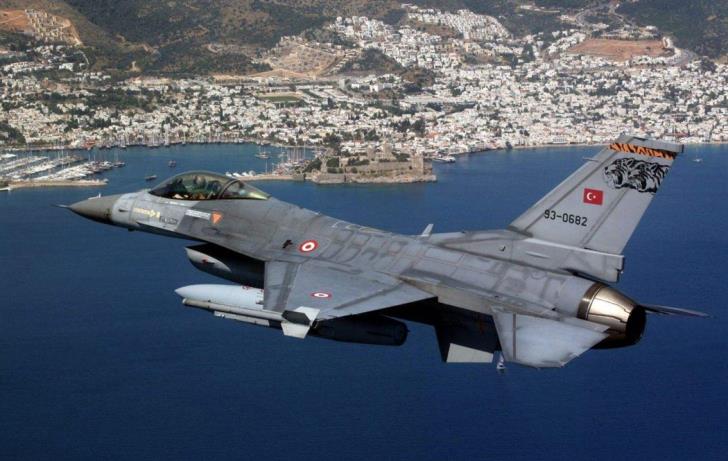 This year, the Turkish air force will provide more aircraft and increase the number of air shows to mark the anniversary of the 1974 Turkish invasion in Cyprus.

The fleet ‘Turk Yildizlari’ (‘Turkish Stars’) has been participating in festivals celebrating the anniversary of the Turkish invasion since 2012. The shows initially only took place near the parade area in occupied Nicosia but later they expanded to Kyrenia and, this year, they are set to also take place in the coastal area of Morphou.

Turkey reserved a large coastal and maritime area between the historic Morphou Castle and the new harbour of the occupied city with the issue of an illegal Notam (Notice to Airmen). The Notam area has a radius of 10 km and reaches an altitude of up to 12,000 feet.

Exercises were conducted yesterday and, according to the Notam, more of them are set to take place this afternoon. The official demonstration will be tomorrow.

In Nicosia, air shows will take place in a road parallel to the avenue where the parade celebrating the 44th anniversary of the invasion takes place. There will be more air shows in the Mandres area, between the northern edge of the occupied capital and Dikomo. The flights during the show will reach an altitude of between 7,000 and 12,000 feet and have ‘reserved’ an area of two kilometres radius for this purpose. The Morphou air shows will take part in the coastal area near Syrianochori tomorrow afternoon.

The fleet will leave tomorrow night for the Konya military air base in Turkey and will then participate to the Bucharest International Airshow in Romania.