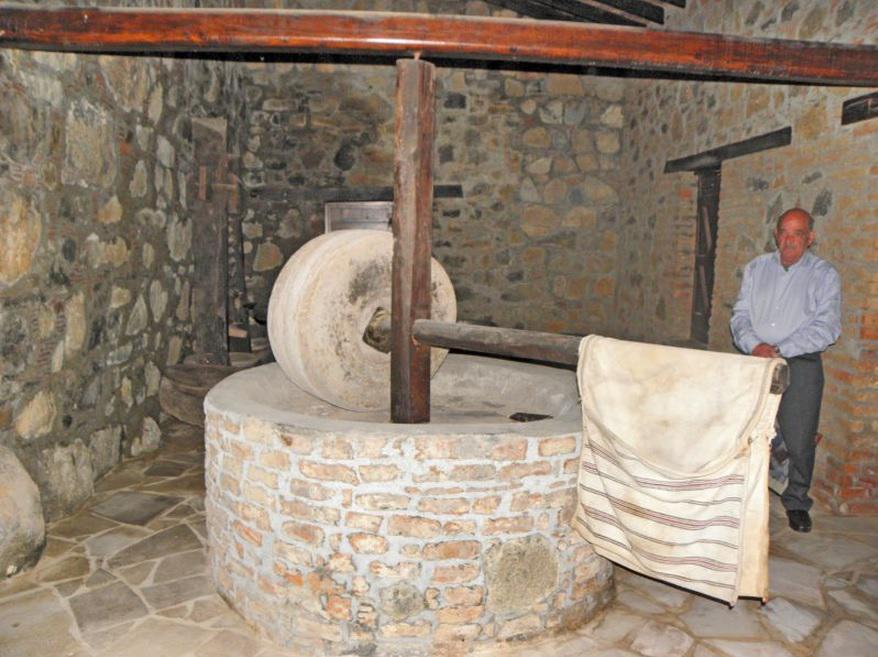 A traditional olive-mill used to be in operation in Agridia up until the 1960s. The olive-mill building, which is located inside the church patio, was renovated and converted to a museum displaying the following:

The large round stone and its movement leverages that were used to smash the olives.
The invaluable wooden auger that was used to compress the full of smashed olives nets called “zempilia”. What is noteworthy is that only three augers of this kind exist throughout Cyprus and they were produced in 1850.
The wooden presser.
The olive-oil gathering container which helps to separate olive-oil from water.
A boiler that was used to boil water which was in turn poured in the “zempilia” so that the olive oil would start flowing.
Household utensils and tools that used to be necessary for farmers and which have now become obsolete.
The historical background behind the conversion of the olive-mill
Agridia Olive – MillThe Association of Expatriates of Agridia “Prophet Elias”, acknowledging the cultural and financial value of the olive-mill, restored the ruins and renovated the entire building of the olive-mill. In particular, as Yiannakis Peratikos clarifies, “the Association of Expatriates maintained and reinstalled the equipment back to its original position as a gift to the community of Agridia and the future generations.

The Olive-Mill’s inauguration ceremony was held by the Metropolitan Bishop of Keryneia Pavlos on September 22nd, 1996.

In the future, there are plans to seal the building walls and roof so that it is protected from humidity, while special lighting will be installed to elevate the beauty of its halls.