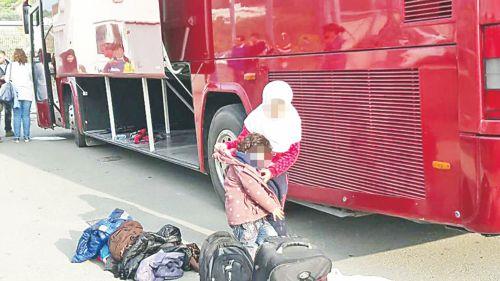 Nicosia suburb Aglantzia’s residents are up in arms over government plans to turn ‘Palladio’ building into an accommodation centre for asylum seekers, Philenews reported on Wednesday.

The Aglantzia Residents Initiative said the accommodation of asylum seekers in the building has already begun even though essential legal procedures are still pending. Such as licenses from various departments.

At the same time, they expressed concern that the area will be undervalued as a result, and also protested over the frivolity of such an action.

Because the state, they argue, has done very little towards integrating refugees and migrants into the island’s society.

The Initiative has called on residents and supporters to participate at the protest planned for 6:30pm on Wednesday outside ‘Palladio’ at Platy Aglantzias (junction of Theofilos Georgiades and Alexandros Papadiamantis streets).

When the news first broke out that asylum seekers would be accommodated there over 700 signatures were collected within just three days, the Initiative’s leader Stella Kokkinou said. These were submitted before the Aglantzia Mayor, she added.