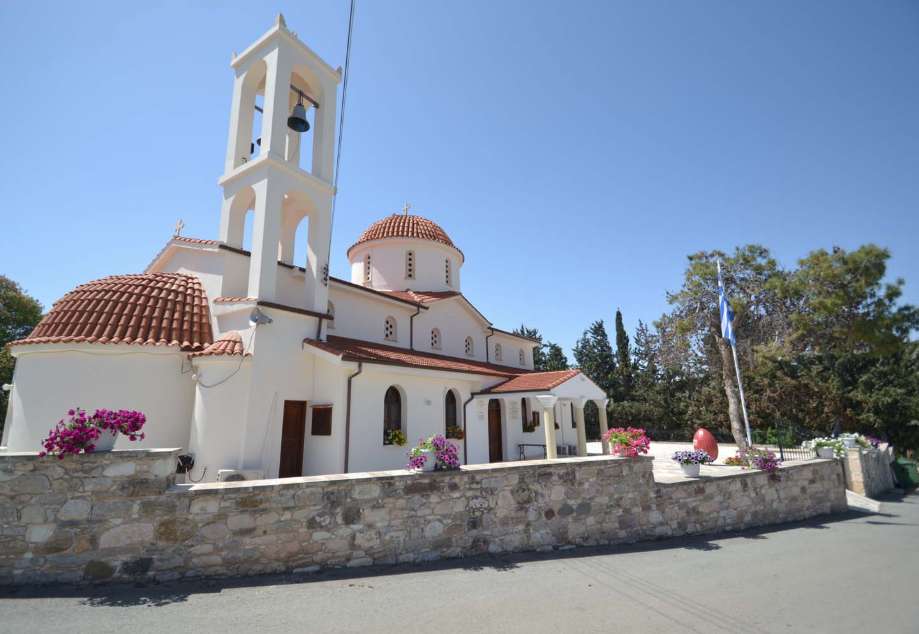 Within a short distance from the city of Pafos emerges a beautiful small village with a rich history and an abundance of natural beauties, the village of Agia Varvara.

In particular, the village is built at a distance of only 8 km from the city of Pafos, on a height on the right of the River Ezousa banks and on an altitude of 95 metres from the surface of the sea.

The history of the village appears to have begun even before the 17th century as there are findings which signify that the area had been inhabited ever since the Middle Copper Era.

In particular, according to the Community Council, hundreds of vessel fragments have been found from time to time both in cultivated and uncultivated land, something which proves that Agia Varvara is a community with a long history. Several of Agia Varvara’s archaeological treasures have not been salvaged due to the fact that, as senior citizens of the village report, “tomb raiders would dig at nights using torches to loot the unplundered tombs, while there were also several smugglers who would sell these ancient objects (p 41) *.

More light regarding the past of Agia Varvara was shed by the archaeological excavation held in the 1980s by a Canadian expedition, which focused on the area of Palaepafos. David Rupp mentions that Agia Varvara was a city surrounded by residences during the Cypriot Archaic Period. In fact, it is possible that it had been inhabited ever since the Middle Copper Era. Rupp also states that Agia Varvara used to be a significant archaeological site and that its abandonment was linked to the abandonment of Palaepafos.

According to Karouzis, the village is marked on Venetian maps, something which confirms its existence as back as the medieval years. At the beginning of the 19th century an English diplomat named William Turner visited the village and remarked that the “population was wiped out” in 1813 (Community Council Texts, P41). This was possibly linked to the plague which struck several areas at that time. However, Agia Varvara seems to have managed to survive this. 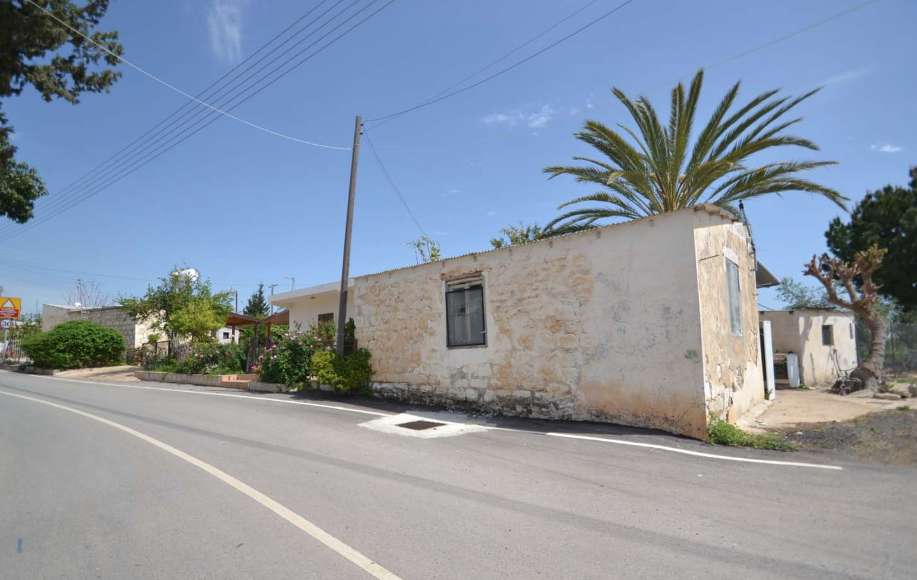 The name of the village is linked to its protector Saint, Agia Varvara. In fact, at the village there are two churches dedicated to Agia Varvara. The village was also known by the name “Engindere”, which in Turkish means “the vast plain” and this naming was used by the Turkish Cypriot residents of the community.

Old Church of Agia Varvara
Both churches in the village are dedicated to Ayia Varvara, with one of them dating back to end of the 19th century and the second one to the beginning of the 21st century.

The oldest church of Ayia Varvara is built on the northwest edge of the community. Its construction is dated back to the year 1872, during the Turkish occupation and because of that the Turks had to give their consent for its construction. Originally, its roof was made of reeds and rocks.

Shortly before 1974, the church of the village caught fire. The first witness of the fire was a Turkish Cypriot resident of the village, who faced the dilemma whether to call for help or not as he was afraid that if he called for help the Turkish Cypriots would be blamed for the fire. Finally, he decided to ask his fellow villagers for help to put out the fire. However, by the time he did so the fire had already been extinguished. What is worth mentioning is that no damage was caused to the iconostasis as a result of the fire. 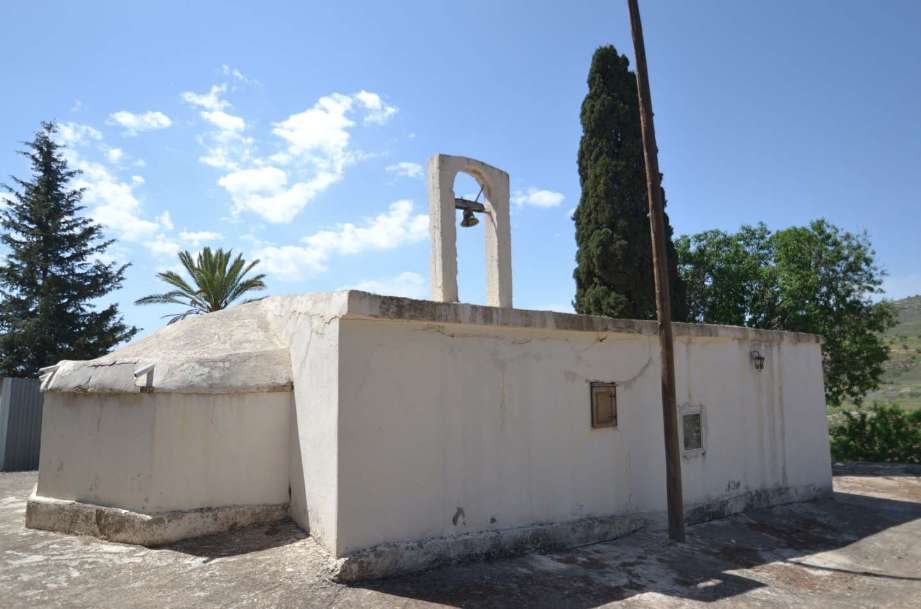 Stone Fountains
They are scattered in all over the village 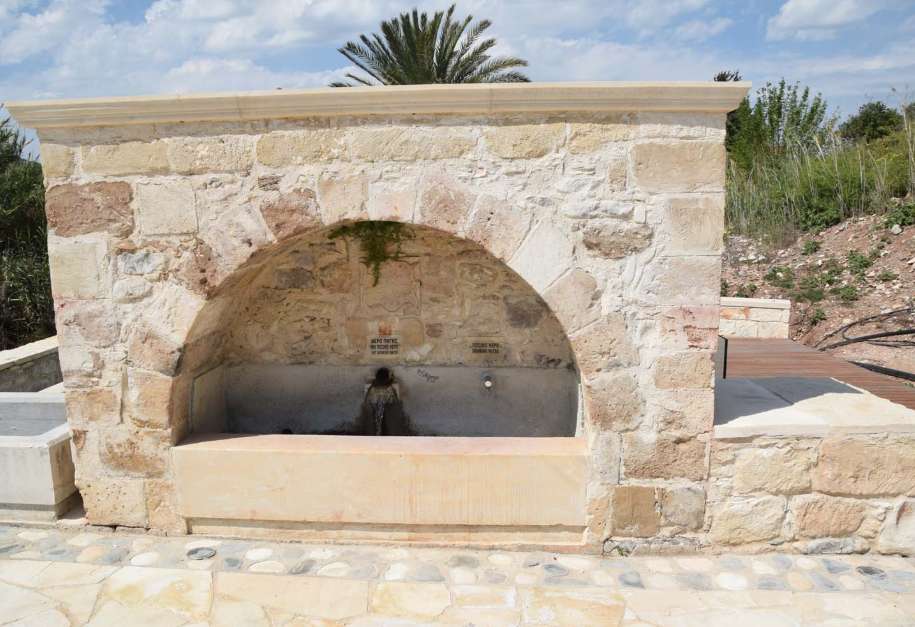 Stone Watermills
The watermills of Ayia Varvara undoubtedly constitute adornments of exquisite beauty. The distinctive watermills of the Community are found in various areas and more specifically at the location “Pervolia”, the location “Trimithies”, as well as on the western bank of the River Ezousa.

The watermills of Ayia Varvara served both the residents of the Community and the neighbouring villages such as Episkopi, Anarita and Timi for many years.