After Trump request, S.Korea checking if it can expand exports of virus test kits 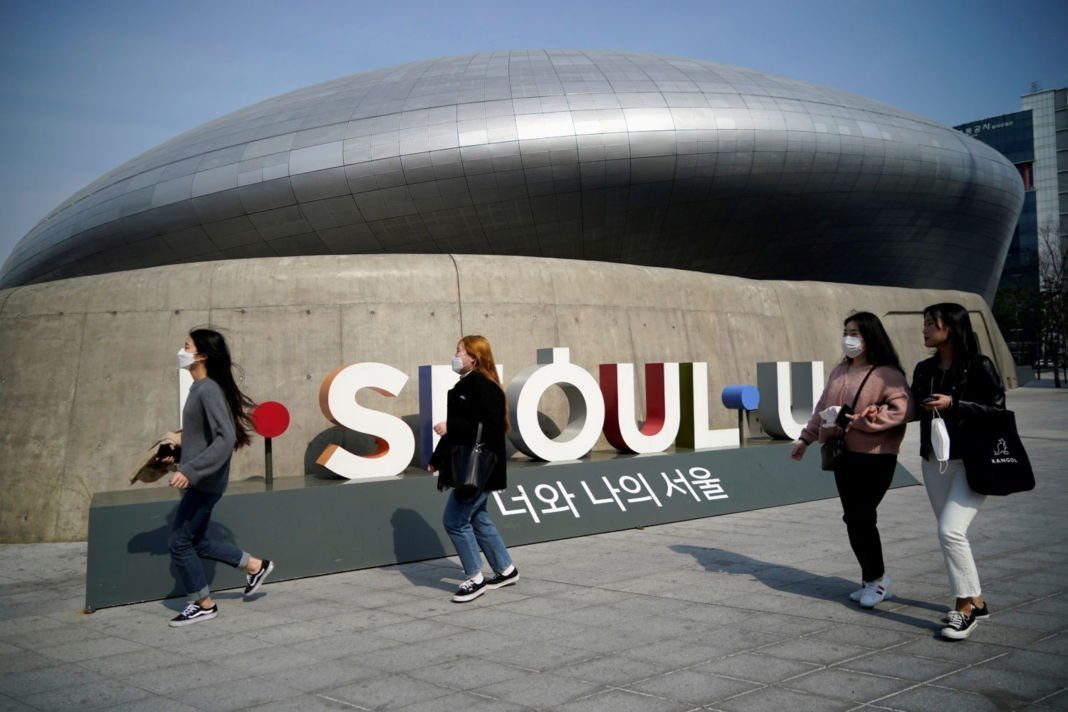 South Korean authorities said on Wednesday they were looking at whether the country had sufficient stockpiles of coronavirus test kits to expand exports to the United States after U.S. President Donald Trump made a request for help.

Trump made the request in a telephone call late on Tuesday with President Moon Jae-in who said Seoul would provide as much support as possible if there was spare equipment, according to a statement from South Korea’s Blue House.

“We have currently secured enough volume and stocks of the test kits for domestic use, but I have to check further on the availability for the use of exports,” Jeong Eun-kyeong, chief of the Korea Centers for Disease Control and Prevention, told reporters.

The news comes as the United States experiences fast-growing outbreaks in a number of states and thousands of new cases per day – developments which also prompted South Korea to say on Wednesday it would tighten border controls for travellers from the United States.

Jeong said South Korea has the ability to conduct as many as 20,000 tests per day.

Seegene Inc, the only listed firm among the five manufacturers approved to make test kits for the virus, said on Wednesday it already supplies about 70% to 80% of the kits being used in Italy and the United States. It declined to specify those numbers.

Jeong also said South Korea has received requests from around 10 countries for kits and other support but declined to identify the countries. The government has said it has exported some kits to the United Arab Emirates and is in talks with other nations.

Moon visited Seegene on Wednesday and also met the chiefs of four other kit manufacturers to praise their hard work and contribution to the containment of the virus. Shares in Seegene surged 30% to a record high on the news of Trump’s request.

The request highlights the diverging paths the two countries have taken since both discovered their first coronavirus cases on the same day.

After a big early outbreak, South Korea rolled out widespread testing within days, swiftly launching an aggressive programme to isolate confirmed cases and trace their contacts.

It won praise for slowing the spread of the disease with comparatively little disruption. South Korea has 9,137 confirmed infections with just 126 deaths, and has brought the number of new infections per day to 100 or less for the past 14 straight days.

By contrast, the United States has more than 53,500 reported cases and more than 700 deaths and is shutting down part of the country en masse.

South Korea said it would tighten border checks for travellers from the United States by Friday in line with other countries which have experienced large outbreaks.

“We don’t have much time given the situation where our citizens living in North America including students who are anxious about a rise in confirmed patients there and who are expected to return home,” Prime Minister Chung Sye-kyun told a meeting.

Visitors from Europe, China, Italy and Iran are required to sign up to a smartphone application to track whether they have any symptoms such as fever. A two-week mandatory quarantine for all long-term arrivals from Europe took effect last Thursday.