After reprieve, Britain’s May faces a new Brexit battle in parliament 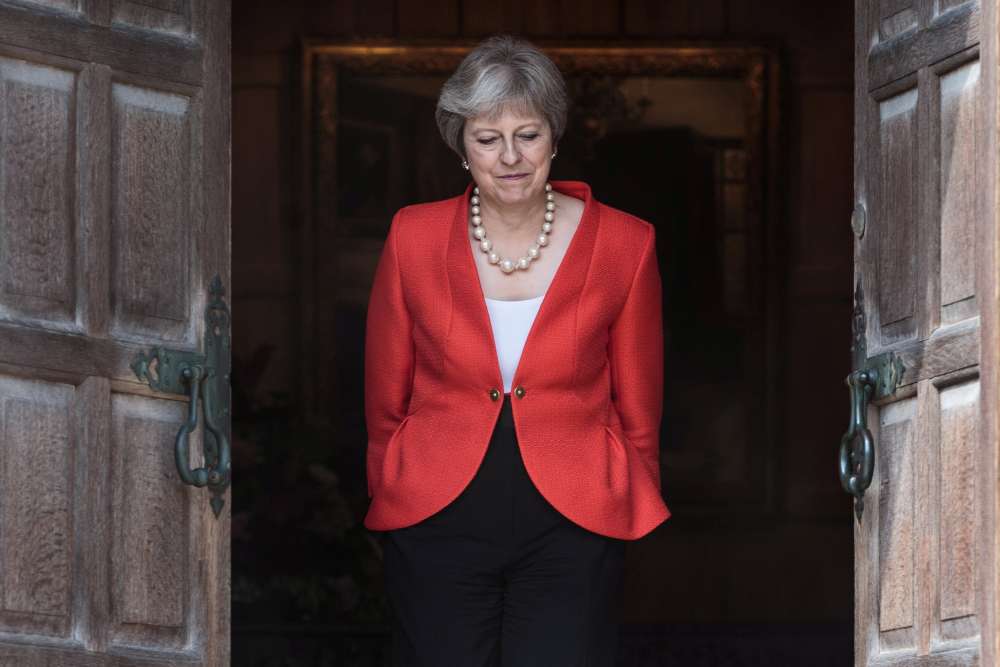 British Prime Minister Theresa May faces a battle in parliament on Tuesday, with pro-EU lawmakers hoping to influence her plans to leave the European Union a day after she bowed to demands from Brexit campaigners.

May’s vulnerability in parliament, where she lost her Conservative Party’s majority in an ill-judged election last year, was laid bare on Monday, when her decision to accept demands of pro-Brexit lawmakers stirred a rebellion among those who want to keep the closest possible ties in the EU.

On two of Monday’s votes her majority was cut to three, suggesting that the leader will struggle to get Brexit legislation through a deeply divided parliament, which could possibly threaten the approval of any Brexit deal with the EU.

Tuesday’s vote will also test her authority, with a source in the opposition Labour Party saying it would support an attempt to change the wording of her trade bill, voting alongside Conservative rebels to try to defeat the government.

May has vowed to stick to her plan to negotiate the closest possible trade ties with the EU, saying her strategy is the only one that can meet the government’s aims for Brexit, the biggest shift in Britain’s foreign and trade policy for decades.

May’s spokesman said the leader would stand by her promise to leave such a customs union. The pro-EU Conservative lawmakers want to change the trade bill to force the negotiation of a customs union if attempts to agree a friction-free trade deal with the EU fail.

“When MPs (members of parliament) bring forward amendments, we obviously look at those,” he told reporters.

“The PM has set out on a number of occasions our position in relation to the customs union, which is that we will be leaving the customs union and she believes that that’s what the British people voted for and it is important that we are free to strike independent trade deals around the world.”

But her plan so far has pleased very few, deepening those divisions in her Conservative Party that have so far hampered progress in talks with the EU, and triggering a bitter war of words between its Brexit-supporting and pro-EU factions.

“We can’t please everybody. We have to have a compromise position that enables the country to get an agreement with the European Union,” trade minister Liam Fox told BBC radio.

“It’s up now to the EU 27 to determine what sort of relationship they have with us.”

Tuesday’s vote will be on the trade bill, which is focused on converting trade deals between the EU and third countries into bilateral deals with Britain. It is a technical bill and was not originally intended to define new trade policy.

Pro-EU lawmakers have tabled a change to the wording of the bill to try to force the government to pursue a customs union with the EU if ministers fail to reach an agreement which establishes “a frictionless free trade area for goods”.

Parliament could also consider a government attempt to bring forward its summer break to Thursday from next week, which the government says is logical because there is very little parliamentary business in the remaining days.

Any vote on moving the break would take place on Wednesday. Critics say the move is a bid by a government to escape the prospect of more rebellions in the Conservative Party.

“It’s nothing more than a shameless attempt to evade scrutiny by a government in absolute disarray,” said opposition lawmaker Matthew Pennycook, a member of the Labour Party’s Brexit policy team. “There is absolutely no way that I’m voting for it