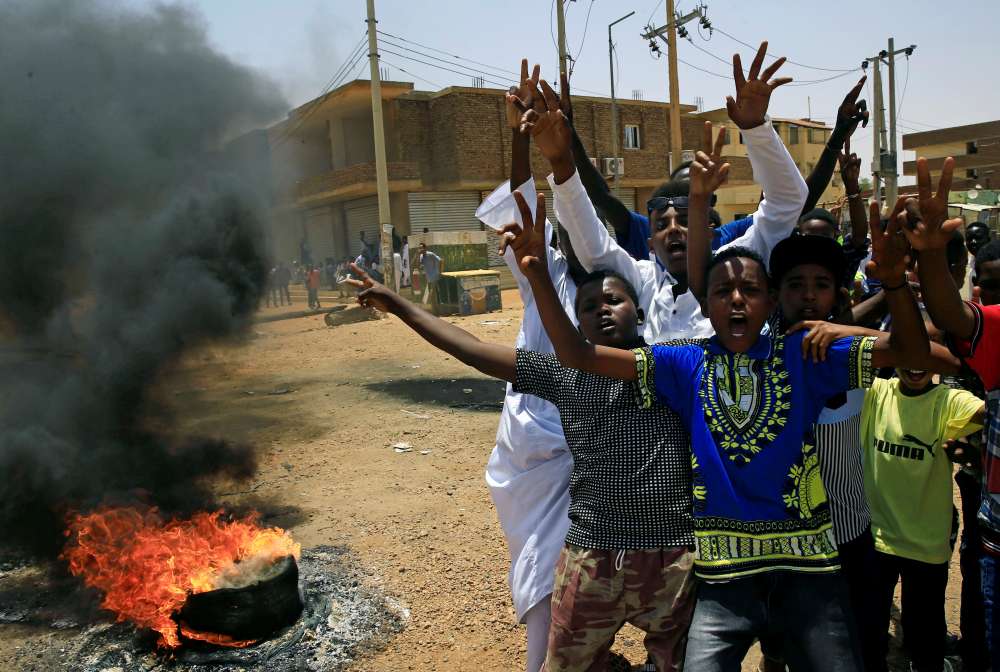 The African Union said on Thursday it had suspended Sudan until a civilian government was formed, intensifying international pressure on the country’s new military rulers to give up power.

The moves take place after security forces cleared protesters from a sit-in camp in central Khartoum on Monday, killing dozens of people in the worst violence since President Omar al-Bashir was removed by the military in April after four months of generally peaceful protests.

The opposition had been in talks with an interim military council over a civilian-led transition to democracy, but the negotiations faltered and this week’s crackdown marked a turning point in the power struggle.

The United Nations and several foreign governments have condemned the bloodshed.

The African Union’s Peace and Security Council, in a meeting in Addis Ababa on Thursday, decided to suspend Sudan from all AU activities until a civilian government has been formed. Suspension is the African Union’s normal response to any interruption of constitutional rule in one of its members.

Ethiopian Prime Minister Abiy Ahmed was due to visit Khartoum on Friday to try to mediate between the military and an opposition alliance, a diplomatic source at the Ethiopian embassy in Khartoum said.

The source told Reuters that Abiy would meet members of the Transitional Military Council and the opposition’s Declaration of Freedom and Change Forces during his one-day visit.

Ethiopia hosts the headquarters of the African Union but it was not clear if Abiy would be acting under AU auspices.

The Sudanese Health Ministry said on Thursday that 61 people had been killed in the crackdown but the opposition put the toll at 108.

The action was led by the Rapid Support Forces (RSF) parmilitary force, witnesses said. Troops fired on unarmed protesters then mounted a wider operation crackdown in the following days, they said.

The RSF, commanded by the military council’s deputy leader General Mohamed Hamdan Dagalo, was built up from militias that fought insurgents in Sudan’s western Darfur region during a civil war that began in 2003.

The militias are accused of involvement of widespread atrocities in Darfur, and Bashir was indicted in 2009 and 2010 by the International Criminal Court for war crimes and genocide – charges he denies. He is now detained in Khartoum.

Amnesty International called for international action against the military rulers and condemned the RPF for its role in the violence.

“The RSF, the special military force which killed, raped and tortured thousands in Darfur, brings its murderous rampage to the capital,” Amnesty said. “Reports that bodies have been dumped in the river demonstrate the utter depravity of these so-called security forces.”

The military council has denied the force was involved in any illegal actions and said it was facing a negative media campaign “from hostile parties”. The raid was targeting criminals in an area adjacent to the camp, it said.

Dagalo, commonly known as Hemedti, said the military council had launched an investigation into the violence and would punish anyone found guilt of abuses.

The deployment of the RSF suggests that Dagalo, a former Darfur fighter with a fearsome reputation, is calling the shots, at least when it comes to security. He is close to Saudi Arabia and the United Arab Emirates, and has committed Sudanese troops to the military coalition they lead in Yemen’s civil war.

Amnesty said that Sudan’s recent history has been defined by impunity for war crimes and other human rights violations.

“We are urging the African Union Peace and Security Council and the UN Security Council to break this cycle of impunity and take immediate action to hold the perpetrators of this violence accountable,” the London-based rights humans group said.

Meanwhile, movement began to return to the Sudanese capital on Thursday after some fraught days. Following the raid on the camp, protesters had blocked roads with rocks and burning byres.

Security forces led by RSF units have been trying to open roadblocks. Witnesses said traffic was now flowing again on main roads in Khartoum but many shops remained closed.

Sudan has been rocked by unrest since December, when anger over rising bread prices and cash shortages broke into protests against Bashir that culminated in the military removing him, ending his three decades in office during which the country became a pariah state in Western eyes.

In the wake of Monday’s events, the military council canceled all agreements reached with the opposition on a democratic transition and announced plans to hold elections within nine months. Protesters rejected the plan.