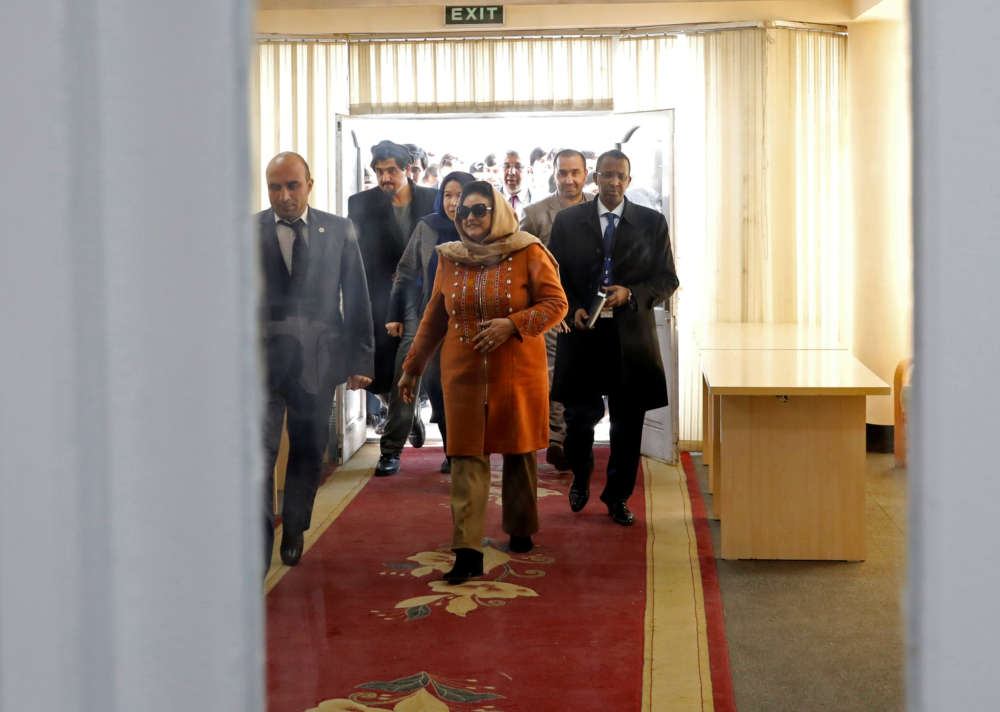 Afghanistan’s incumbent President Ashraf Ghani won a slim majority of votes in a Sept. 28 election, delayed preliminary results showed on Sunday, after a poll that plunged the country into political crisis and was marred by allegations of fraud.

The Independent Election Commission (IEC) said the total turnout in the presidential election was over 1.8 million with Ghani securing 50.64%, enough to win the first round of voting, beating his main challenger Abdullah Abdullah, who currently shares power with Ghani in a unity government.

However, the head of IEC, Hawa Alam Nuristani, told a press conference in Kabul that the outcome could change after final results and was still subject to a review by the election complaints’ commission.

If a review showed Ghani’s vote falling below 50% and no other candidate with a majority, a second round of voting would be held, she said.

“It is important for Afghans to remember: these results are preliminary. Many steps remain before final election results are certified, to ensure the Afghan people have confidence in the results,” John Bass U.S. ambassador to Afghanistan said in a post on Twitter.

In a statement on Sunday, Abdullah’s office said he did not accept the preliminary results and that the commission had failed to tackle election fraud.

“The result that stands is based on fraud and without considering our legitimate demands, will never be accepted,” the statement said.

With 9.7 million registered voters, according to IEC, Afghanistan’s 1.9 million voter turnout for the presidential election was low.

Last month, IEC began recounting thousands of votes due to what it described as discrepancies in its system. Abdullah’s side objected to the recount and called it an attempt to add more votes in favour of Ghani. IEC dismissed those allegations.

Last week, Abdullah allowed the recount but warned that he would not accept a tainted result.

The situation echoes 2014 when both Ghani and Abdullah alleged massive fraud by each other, forcing the United States to broker an awkward power-sharing arrangement that made Ghani president and Abdullah his chief executive.

Aides close to Ghani, a Western-educated former World Bank official, said the incumbent was not ready for another power sharing deal with Abdullah, a former medical doctor.

Without a unifying leader accepted by all sides, Afghanistan could split further along tribal and ethnic lines.

The election result also comes at a critical time for Afghanistan as the United States is showing more interest in negotiating a peace settlement with the Taliban to end the war that has dragged on for more than 18 years.

Eighty five civilians were killed and more than 370 wounded in militant attacks and violence on the day of the election, the United Nations said last month, and the country plunged into chaos with both Ghani’s and Abdullah’s camps claiming victory before ballots had been tallied.

The U.N. report accused the Taliban of deliberate attacks against civilians on election day.

Election result announcements in Afghanistan are typically followed by violent protests from supporters of losing candidates.

By In Cyprus
Previous articleFire in Limassol couple’s cars, authorities indicate arson
Next articlePoliticians must have bigger say in naming Bank of Italy chief – 5-Star