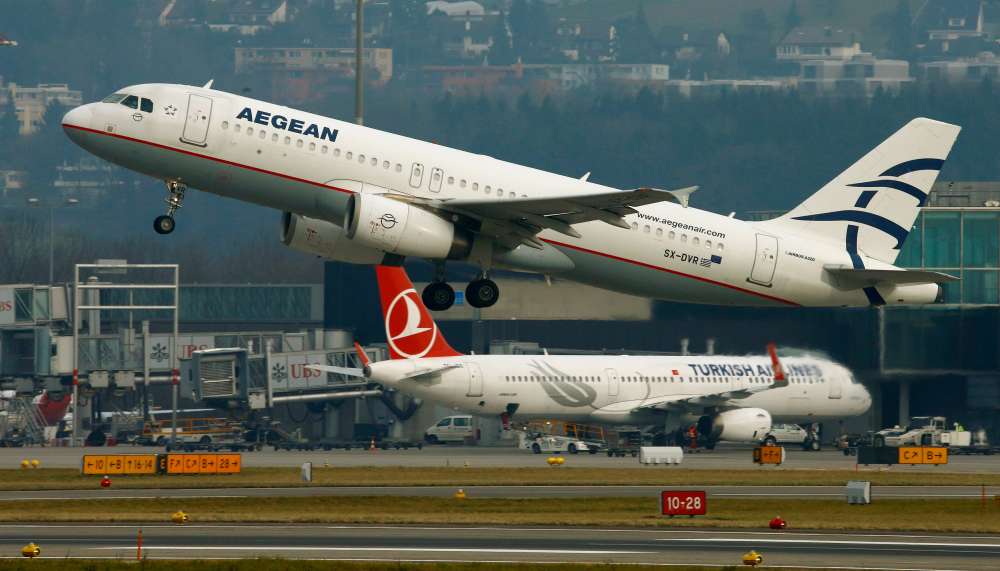 Greece’s largest carrier Aegean Airlines will proceed with a sale of bonds on March 5-7 to raise up to 200 million euros ($226.86 million) for down payments on new Airbus aircraft and the construction of a new pilot training centre.

According to the public offering prospectus, about 30 percent of the issue will be allocated to retail investors, while 70 percent will go to “qualified investors”.

The seven-year bonds, each with a nominal value of 1,000 euros, will pay a semi-annual coupon. In Greece interest payments are taxed at 15 percent. Trading of the bonds on the Athens stock exchange will start on March 13.

Pricing will be determined via book building.

Aegean, a member of the Star Alliance airline group, will use 75 percent of the proceeds to partly finance down payments on new aircraft based on a deal with Airbus to renew its fleet of single-aisle planes and add capacity for future expansion.

Aegean picked Airbus in March last year for an order of up to 42 aircraft worth $5 billion in one of the biggest investments by a private Greek company since the country’s debt crisis erupted in 2010.

The down payments are due from the first quarter through to the last quarter of 2023 for new generation A320neo and A321 Airbus jets.

Deliveries of the new planes are expected to start in the first half of 2020 and conclude by the end of 2024.

The carrier plans to use 14 percent of the proceeds or up to 27.5 million euros to build a new 12,000 square metre training centre with flight simulators for its flight crews at the Athens International Airport (AIA).

About 11 percent of the proceeds or up to 21.6 million will be used as working capital.