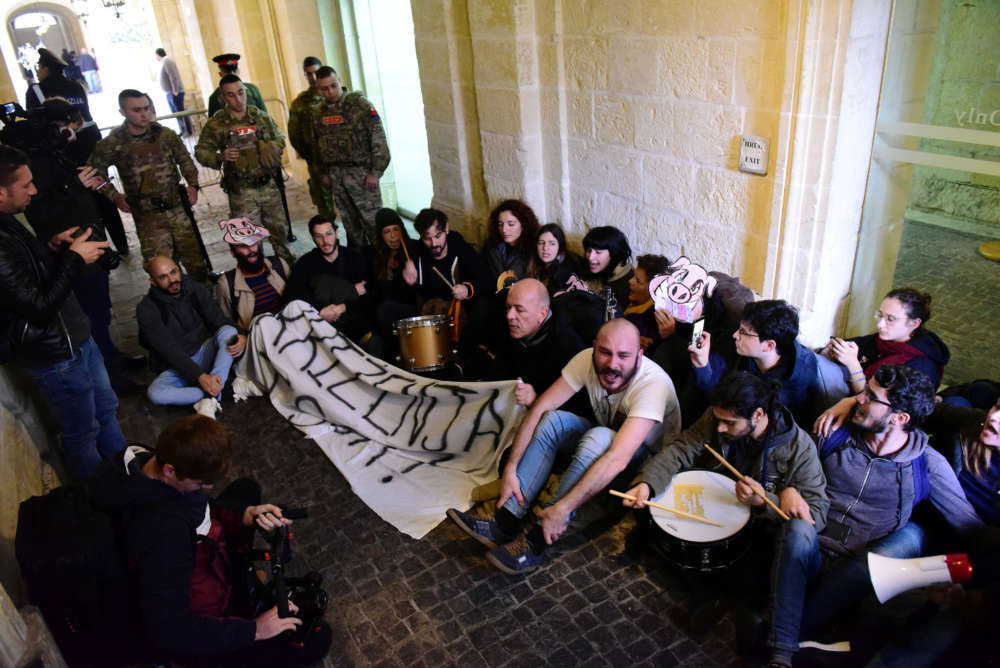 Activists barged into the building that houses the office of Malta’s prime minister early on Monday to demand Joseph Muscat’s immediate resignation amid an investigation into the 2017 killing of journalist Daphne Caruana Galizia.

Muscat is not directly implicated in the investigation but has said he will resign in mid-January after an election for a new leader of his ruling Labour Party. Testimony by the self-confessed middleman in the murder plan has linked people in the prime minister’s inner circle to attempts at a cover-up.

About 40 activists surprised policemen and soldiers as they forced their way into the 16th century building in the capital Valletta from a side entrance, armed with drums, whistles, flags and loud hailers.

They then sat down and blocked the entrance, chanting for Muscat to quit. He was not in the building at the time.

The political stability of the tiny Mediterranean island has been rocked in recent weeks by the fallout from the murder of the anti-corruption journalist, who was blown up by a car bomb.

Muscat’s chief of staff Keith Schembri was named among those involved or having known about the plot. Schembri has resigned and is under investigation. He has denied any wrongdoing.

“Malta has reached rock bottom. This is not just about corruption, but about political murder,” the activists said over a loud hailer during their protest.

They said Muscat’s position was untenable and demanded a comprehensive investigation of all the people named, “not a cover-up”.

Police and soldiers watched over the activists who made no attempt to go upstairs, where the administrative offices are located.