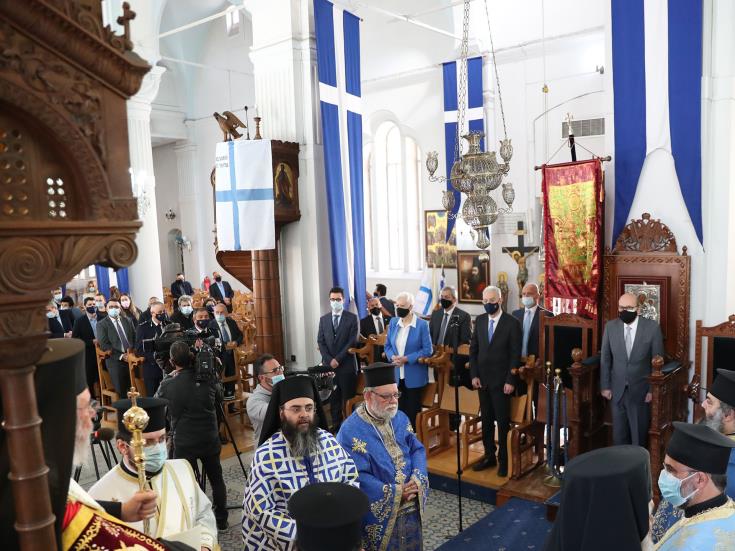 Cyprus Acting President, House President Adamos Adamou, stressed on Thursday the need to intensify efforts for a just and viable solution to the Cyprus problem, based on UN resolutions and EU principles.

In statements after a service at Phaneromeni Church, in Nicosia, to mark the 200th anniversary of the 1821 Greek War of Independence, Adamou said that a Cyprus settlement must secure the human rights and basic freedoms of all the legal inhabitants of Cyprus, Greek Cypriots, Turkish Cypriots, Armenians, Maronites and Latins.

He praised the struggle of the Greeks against the Turks which led to the liberation of their country from the Ottoman rule.

“They fought, they sacrificed, they suffered unspeakable atrocities but managed to get rid of those who kept them in slavery for 400 years,” he noted, adding that there were Greek Cypriots who also participated in this struggle.

Adamou laid a wreath in front of a Mausoleum for the 1821 heroes situated in the church`s courtyard.