Access to indoor flushing toilet: How Cyprus compares to rest of EU 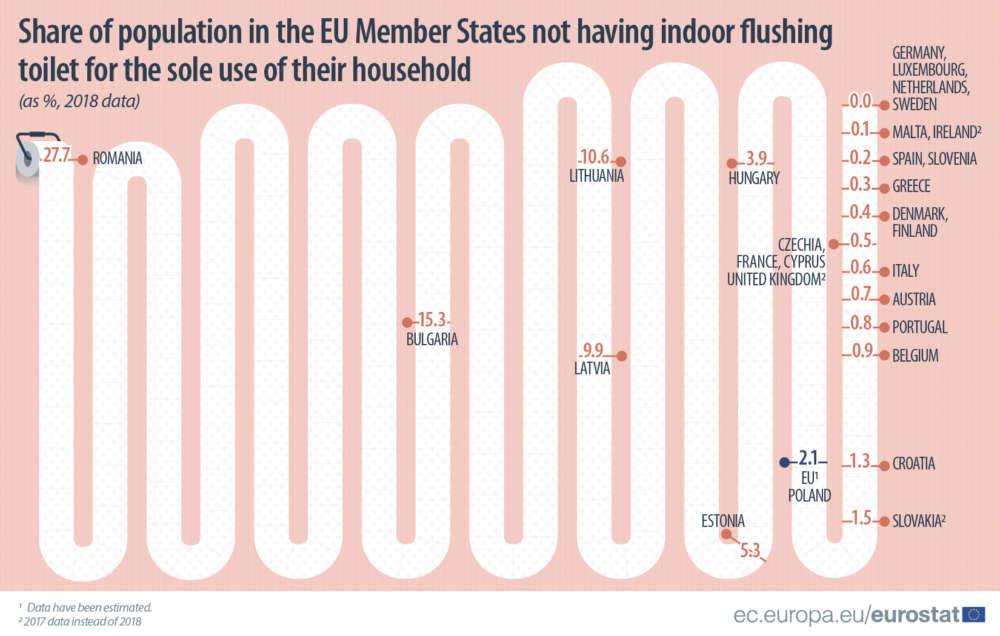 Cyprus was among 19 EU Member States where the share of dwellings with no flushing toilet was below 1% according to figures released by Eurostat on Tuesday on the occasion of World Toilet Day,

Eurostat said that in 2018, an estimated 2.1% of people in the European Union (EU) lived in a dwelling without its own indoor flushing toilet. This represents a decrease of 1.2 percentage points compared with 2010 (3.3%).

More than one in four people in Romania reported that their household did not have an indoor flushing toilet (27.7%). This was by far the highest share amongst the EU Member States. Romania was followed by Bulgaria (15.3%), Lithuania (10.6%), Latvia (9.9%) and Estonia (5.3%).

In contrast, the share of dwellings with no flushing toilet was below 1% in 19 EU Member States, with the lowest shares in Germany, Luxembourg, the Netherlands and Sweden (close to 0%). 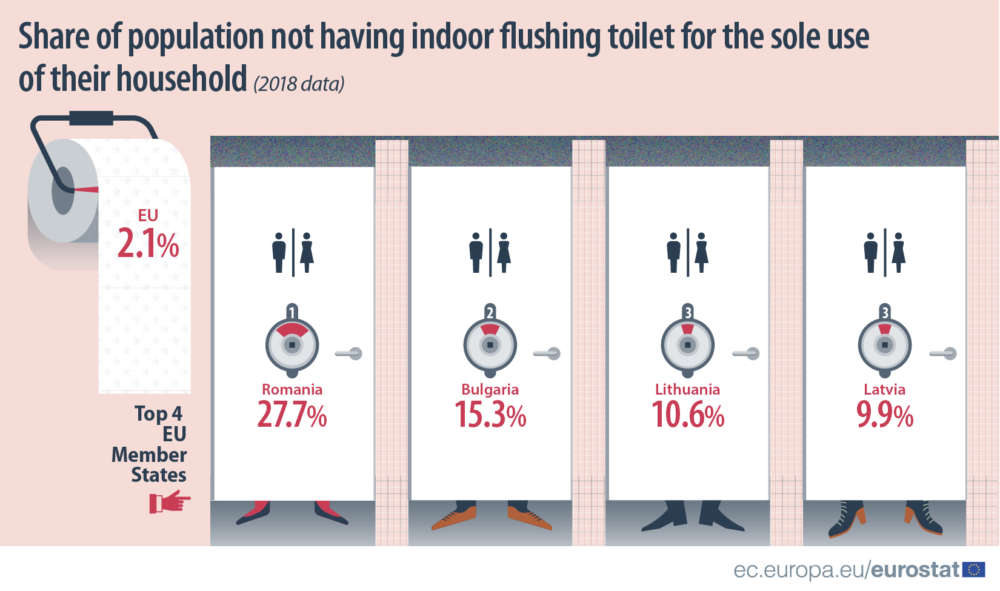 This news item is published on the occasion of World Toilet Day (November 19).