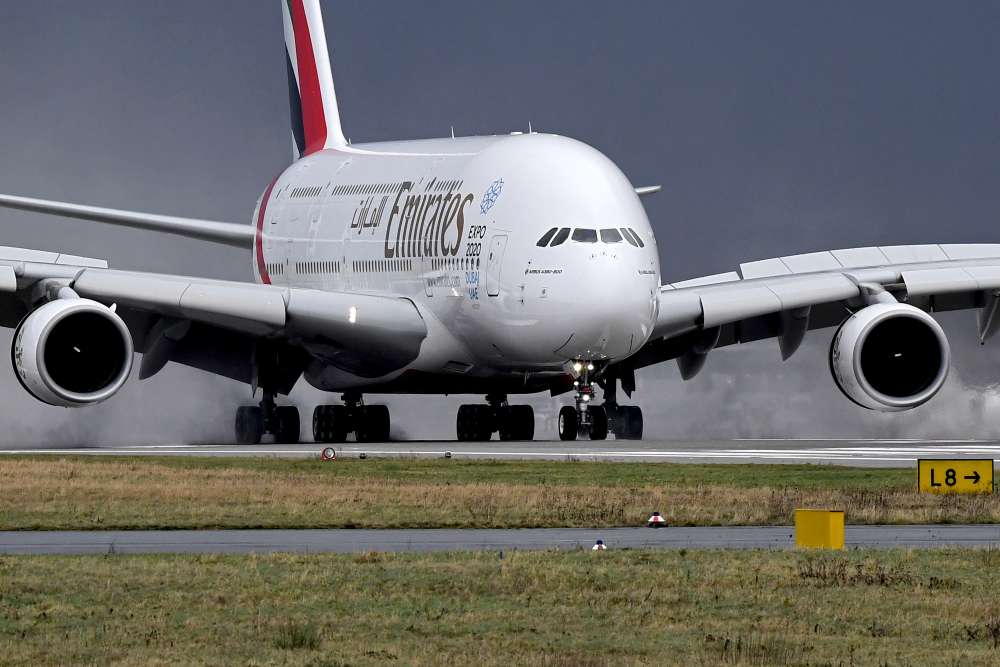 As many as 100 passengers and crew reported feeling ill on Wednesday during an Emirates flight from Dubai to New York, and health workers were evaluating them as the airplane sat on the tarmac of JFK International Airport, authorities said.

About 100 people complained of feeling sick on Emirates Flight 203, which landed with at least 521 passengers shortly after 9 a.m. EDT (1300 GMT) at John F. Kennedy International Airport, the Centers for Disease Control and Prevention (CDC) said in a statement. Their symptoms included cough and fever.

Earlier, Dubai-based Emirates said in a statement that 10 passengers “were taken ill” on the flight from the Middle Eastern country and were transported to a hospital. It did not specify the symptoms or nature of the complaints.

The aircraft was taken to a location away from the terminal so that emergency officials could evaluate the situation, officials from the Port Authority of New York and New Jersey said in a statement.

White House spokeswoman Sarah Sanders said they were monitoring the situation and President Donald Trump was being updated as new information became available.

The airplane involved was a double-deck Airbus A388 – the world’s largest passenger aircraft – according to FlightAware.com.

CDC public health officers were working with other agencies to evaluate passengers, including taking temperatures and making arrangements for transport to hospitals, spokesman Benjamin Haynes said in the statement.

Passengers who were not ill were allowed to continue with their travel plans, he said.

Some sick passengers were taken to Jamaica Hospital Medical Center with non-life-threatening conditions, according to a New York City Fire Department spokesman.