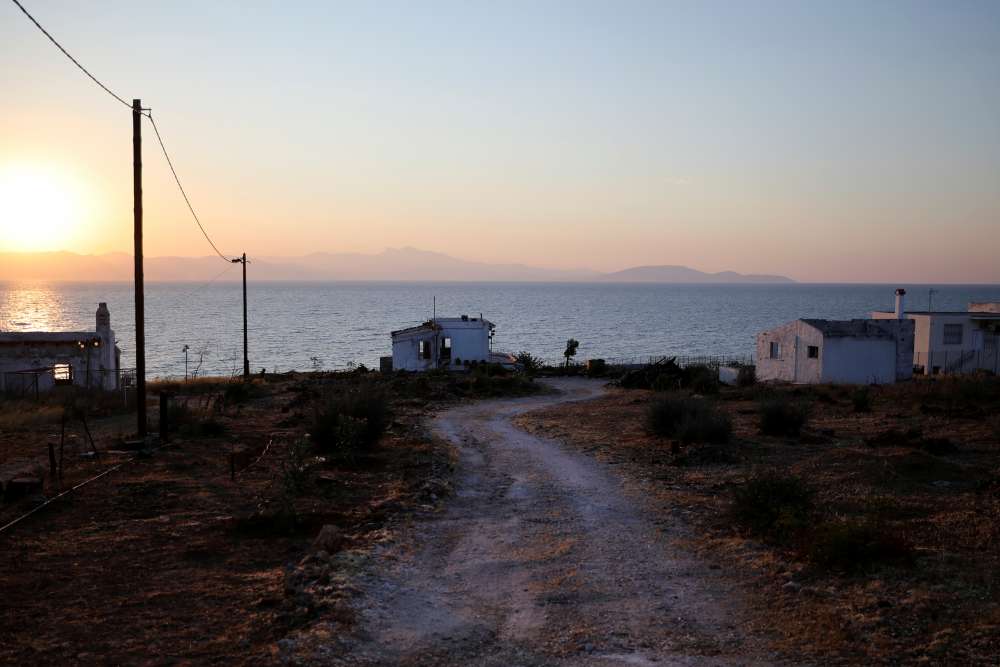 A year since Greece’s deadliest wildfire tore through coastal towns near Athens, killing 102 people, the road to normalcy for its survivors is long and dotted with burned down homes and barren land.

On the side of one street, a giant white cross rises among black and wilting pine trees. “In memoriam 23-7-18,” it reads.

The resort town of Mati, a wooded area overlooking the sparkling sea east of the capital, was popular with pensioners and children at summer camps. On July 23, 2018, a fire tore through it, killing people in their homes or cars and forcing others to jump off cliffs or into the sea.

On the first anniversary of the disaster, it resembles a ghost town.

A seaside cafe once humming with beach-goers is now empty, its charred tables and chairs long cleared away. A dry, golden thistle bush has grown outside a home where, a year ago, fresh flowers hung in memory of those who died there.

Elsewhere, one house has a new roof and freshly painted walls, but stands desolate on a patch of scorched land.

“It was hell. We couldn’t do anything,” Panagiotis Fragos, a Mati resident, said during a memorial service for the victims, recalling the night of the blaze.

“I cry all the time since then. It would have been better if I had also died, if I had come to an end,” he said.

Across Mati, what used to be a pine forest has been reduced to tall piles of charred tree trunks.

A plot of land where 26 people were found dead, some locked in a tight embrace as the flames closed in, has been cleared of any semblance of life.

“It is very difficult to go on, day by day,” said Giorgos Kariris, whose wife died in the fire.

“It is very difficult for me and for others to wake up in the morning and not have the person you existed with in life -your child, your mother, your father – to embrace, to kiss,” he said. “It cannot be described.”

Twenty people, including former and current regional and local officials, have been charged over the wildfire, including with involuntary manslaughter and causing bodily harm due to neglect.

The previous government attributed the fire to arson and dismissed accusations it failed to evacuate residents in time. The newly-elected government has announced a series of relief-measures for the survivors.

At the memorial on Sunday, where white roses were tossed into the sea, survivors said they were still waiting for permits and compensation to begin rebuilding their lives.