A fearless Mexico stuns Germany in the World Cup 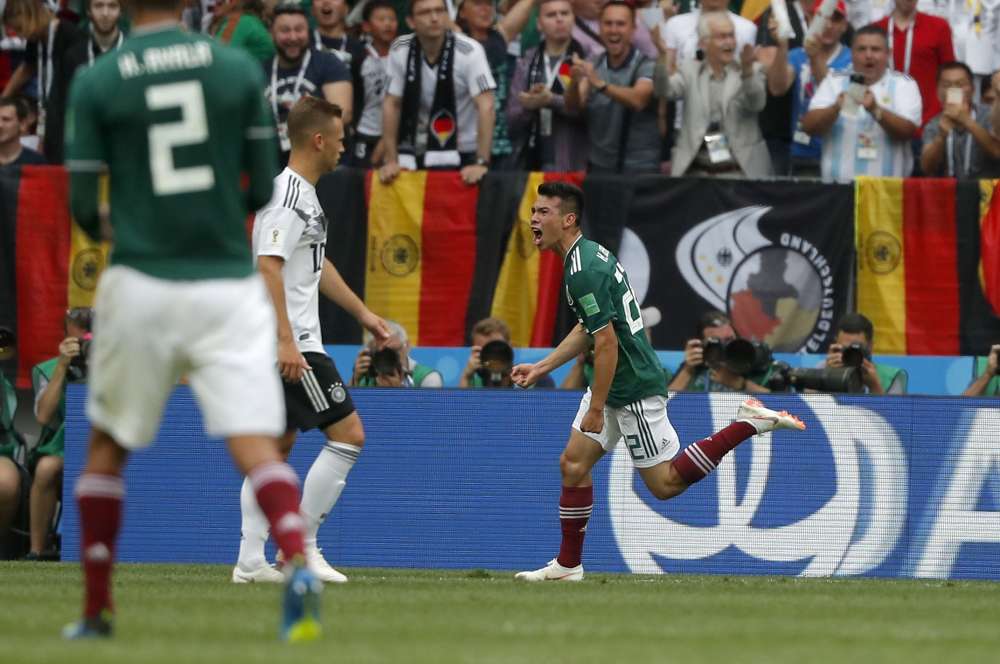 Deep inside a hurricane of celebratory mayhem, Juan Carlos Osorio sought a moment of calm.

Instead of bounding along in celebration after Hirving Lozano delivered the 34th-minute goal that would ultimately give Mexico an unlikely 1-0 win over Germany here Sunday night, Osorio sat down on his team’s bench and adopted a Zen-like pose as he plotted his team’s next moves.

As Mexico’s coach, he had spent six months developing a game plan to shepherd his team to this exact point. Now, they had just about an hour left to navigate.

“The phrase was to play for the love of winning, not the fear of losing,” Osorio said after the game. “We were brave, and defended with our hearts.”

Osorio, who is 57 and from Santa Rosa de Cabal, Colombia, has long been known for his quiet, cerebral approach to the game, his professorial air. But he showed Sunday that he possessed a thrill-seeking side, too. What stood out in the huge upset against the defending World Cup champions was how aggressive, fearless and uninhibited his team looked.

It was, in some ways, a wildly irreverent game plan that Mexico employed. Its players defended in twos and sometimes threes, and when they won the ball they charged forward as a group. They ran daringly in and out of passing lanes, wove multilayered combinations, and pinged the ball with confidence and intent. To the final whistle, they kept dashing recklessly down the wings.

Their fans responded to the team’s vigor with bursts of their own, forming a regenerating cycle of energy.

It was Mexico’s dogged collaborative defending that produced the midfield turnover that would become the game’s only goal. After a quick blur of forward passes, Lozano sprinted into the box to latch onto the final diagonal pass, cut inside and buried the ball inside the left post.

“It was the best goal of my career,” Lozano said.

Germany’s coach, Joachim Löw, noted after the game that he and his players had little reason to be surprised by Mexico’s approach. The German plan, he said, was to double-team players like Lozano. But Germany seemed too slow to execute it.