A concert of Indian Classical Music for sarod & tabla 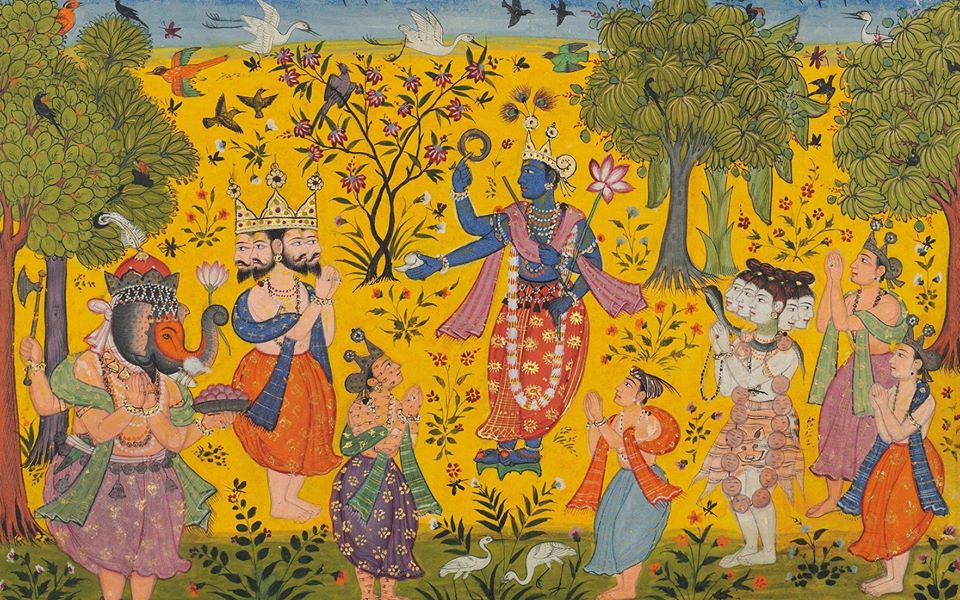 An outstanding exponent of North Indian classical music and a sarod performer for thirty years, Arnab Chakrabarty is considered among the top handful of sarod players in the world today. His performances demonstrate his profound understanding of raga forms, his vast erudition of both the sarod tradition and Hindustani music, and they display an exquisite, distinctive sound and technical finesse and virtuosity subordinated to the demands of the music.

Chakrabarty plays on sarods of his own design that blend the best aspects of tradition and modernity. Trained by the late Dr. Kalyan Mukherjea (1943-2010), a disciple of Pandit Radhika Mohan Maitra, the legendary custodian of the Shahjahanpur tradition of sarod music, Arnab Chakrabarty has performed across the world to considerable acclaim, and has participated in renowned festivals. In 2005, Chakrabarty also contributed to the soundtrack of the Oscar-winning documentary, Born Into Brothels, Calcutta’s Red-Light Children.

Regarded as one of the leading tabla virtuosos of his generation, Shahbaz Hussain has received numerous accolades for his captivating performances, including the prestigious “Son of Lahore” Award from the Punjab Arts Council in 2008. He began learning the art of tabla at the age of five with his father, and later went on to study to with tabla legends Ustad Faiyaz Khan, the late Ustad Shaukat and the late Ustad Allah Rakha Khan.

An extremely versatile tabla player, both as a soloist and an accompanist, he is renowned for projecting his profound traditional knowledge into more contemporary styles. Shahbaz regularly tours around the world, and he has appeared in prestigious venues such as the Smithsonian Institute in Washington D.C., Lincoln Center in New York, Royal Albert Hall and Queen Elizabeth Hall in London. His ensemble, Indus, has received critical acclaim for their debut album Firefly. Shahbaz Hussain is also passionate about passing on the knowledge of Tabla to the younger generation and he is a lecturer at the University of Newcastle and the University of Huddersfield.

A NOTE ON THE INSTRUMENTS:

Sarod: Despite the fact that the sarod is one of the leading instruments of Hindustani music today, its origin – like that of the sitar – is surrounded by ambiguity. Throughout its history, the instrument has undergone numerous modifications before reaching its current sophisticated state. Evidence suggests that the sarod is an adapted and improved version of the rabab, but since the background of the rabab itself is unclear, such notion is cautiously embraced.

The term sarod is of Persian origin and it translates into song or melody. A number of scholars support that the word “sarod” was coined to refer to a musical instrument of the medieval period. However, there is no consensus on this point either. By joining various sources, it can be assumed that the instrument sarod is the result of combining the structural characteristics of the rabab and the sursingar, but then again, one could conclusively contend that the instrument is indigenous.

Tabla: Regarded as the king of the percussion instruments, the tabla is and it has a very distinct sound that makes it an integral part of Indian music. Originally associated with the Indian classical dance Kathak as well as the dance traditions of the sophisticated courtesans during the Mughal rule in the mid-18th century, the tabla (consisting of two drums, the Bayan and the Dayan) is now used in a variety of genres and styles of Hindustani music.

In Northern India, the tabla is a ubiquitous instrument which accompanies Hindu religious songs (Bhajan), Sikh linguistic performances (Shabad), the ritual music of the Sufis (Qawwali) and Arabic sonnets (Ghazals). Its sophistication and charm has attracted the attention of scholars, musicians and music lovers around the globe.

The popularity of the tabla as a solo instrument continually grows as time goes on, as the instrument can hold its melodic own for hours and yet not sound boring. It is a much sought after instrument in cross-cultural and fusion musical experiments, and apart from classical music, the tabla has made its mark on devotional, theatre and film music.