A clueless fan’s guide to the World Cup 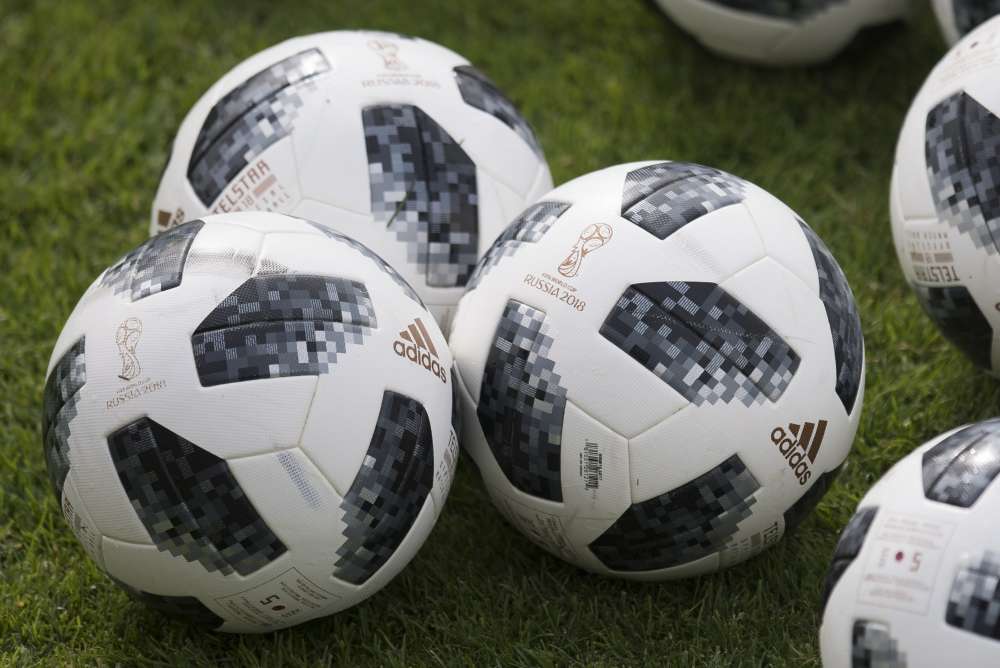 It’s World Cup time again — time for those remaining Americans who do not yet dress their children in FC Barcelona jerseys to become overnight experts on a subject that will sneak its way into even the least athletic conversations in the coming month.

For a crash course on the crazy haircuts, celebrity girlfriends and, yes, actual soccer, for this World Cup, which begins in Russia on June 14, we spoke to Roger Bennett, the Liverpool-bred New Yorker who is a host, along with Michael Davies, of Men in Blazers, the irreverent soccer site, podcast and TV show that has become a go-to for Americans who are obsessed with the sport and appreciate sardonic British wit served up by the Imperial pint.

Just in time for this quadrennial global carnival, the men of Men in Blazers just published a soccer primer, “Encyclopedia Blazertannica,” and are embarking on a road show throughout the World Cup. Bennett’s 12-part podcast on the rise and fall of the U.S. World Cup team in the 1990s, “American Fiasco,” is currently riding high on iTunes.

That the U.S. team failed to qualify for the first time since 1986 is unlikely to dampen enthusiasm, Bennett said: “Americans love a circus, and they love having an excuse to cut work and daytime drink en masse.”

Here, Bennett talks about the meatiest storylines, flashiest uniforms and sexiest players in this year’s tournament.

Q: The World Cup is the ultimate stage for an emergent global superstar. Who is this year’s most likely candidate?

A: The game’s breakout star is the young Egyptian Mohamed Salah, who plays the game with the ebullience of an Ewok. The Liverpool striker has just been anointed the Premier League’s player of the year, and the public displays of his Muslim faith that he brings to the field have transcended football. He has become an icon throughout the Middle East, and a one-man bulwark against rising European Islamophobia. His race to return from a dislocated shoulder has the continent of Africa on tenterhooks. They will need the man for whom Liverpool fans have composed the following anthem, to greet every goal he scores: “If he’s good enough for you, he’s good enough for me, if he scores another few, then I’ll be Muslim too.”

Q: Players like David Beckham and Cristiano Ronaldo have leveraged World Cup exposure to establish themselves as sex symbols. Who’s this year’s hunk?

A: There is only one Ronaldo, a supremely gifted player, yet one so self-obsessed that he only seems to score so he can take his shirt off and expose his eight-pack to the world. A more nuanced hypebeast is Antoine Griezmann. He is a French striker who catches the eye with dashing streetwear and goal celebrations that echo Drake dance moves, not to his mention chameleonic looks, which flick between “clean cut” to “dyed-blonde Justin Bieber-on-three-day-bender.”

Q: Even for viewers with a middling interest in soccer, the World Cup is a great fashion show. Which squad has this year’s most runway-ready uniforms?

A: World Cup uniforms are among the most lucrative billboards in all of sports. Adidas reported that the German jersey propelled their soccer category to a record $2.7 billion after their 2014 victory. This year, three stand out. Peru’s team has a clean diagonal red sash across the chest, a trick which every catwalk designer knows creates that coveted longer, thinner appearance. Nigeria’s zigzag inspired home kit, which has become a global sensation, selling over 3 million copies before a ball has been kicked, would not have looked out of place at an early ‘90s rave. And then there is Japan’s jersey, which echoes the traditional Sashiko stitching technique. To echo the words of the Roman bard Horace, it is poetry without words.

Q: Hairstyles are always a part of the fun, too. Who is this year’s breakout tonsorial star?

A: The current champion is France’s Paul Pogba. He uses his hair to express his mood, shaving in a new design and unfurling a new hair color every game to guarantee he will rack up even more likes on social media than goals and assists on the field. Even so, I am a firm believer that here are only six kinds of soccer haircuts, and David Beckham has already invented all of them.

Q: A number of prominent teams failed to qualify. Who will be missed the most?

A: Chile will be missed, if only for the sheer number of creative neck tattoos they bring to the party. The Netherlands stunning orange jerseys are irreplaceable. Above all, I rue Italy having a rare damp squib of a World Cup qualification campaign. A World Cup without them feels like “The Office” once Steve Carell quit.

Q: Which perennial power is most likely to disappoint?

A: Argentina is packed with elite talent, with Lionel Messi their crown jewel. The 5-foot-7 Barcelona star may look like he has just wandered out of Supercuts on Las Ramblas, but his superhuman touch and acceleration have made him one of the greatest ever to play the game. Messi is Argentina’s greatest strength, but Messi overreliance is their biggest weakness. Their biggest players defer to Lionel like Cavaliers players seeking comfort in LeBron James’ shadow. It is no wonder that Argentina’s last three big tournaments have ended with Messi walking off in tears.

Q: Is this the year that the ever-talented England squad finally avoids humiliation?

A: Ah, England. Every four years, they arrive at the World Cup hoping for “Land of Hope and Glory,” only to limp away, painfully aware of the fall of their Empire. This time round, they have tried to mix things up. They are taking a squad to whose average age is bar mitzvah, and they are approaching the World Cup with radical ideas like going to Russia and having fun. The problem is, the one thing our nation remains world-class at is tabloid media, who live to vent and scapegoat. As a result, English players are guaranteed to play with fear. Uruguayan or Egyptian players run through walls when they pull on their national team jerseys. The English shrink, as if those jerseys are made of chain mail.

Q: Who is this year’s most exciting squad?

A: Belgium, that flat land of wonder, home to such avant-garde minds as Adolphe Sax, inventor of the saxophone. Somehow that nation of 11 million people has produced a golden generation of elite, attacking footballers. It is a murderers’ row of Premier League talent, and if they can take advantage of their many guns, they might be the most victorious Belgians since Jean-Claude Van Damme won a Golden Raspberry for his role in “Double Team.”

Q: Which country has the most boring team?

A: Germany. The defending champions are boring only because they rob football of its beauty, which is its unpredictability. When Germany take the field, they are ruthless, consistent, and always glorious — like Meryl Streep at the Oscars.

Q: In years past, Victoria Beckham seemed to get as much attention as her husband. Should we be on the lookout for any celebrity wives or girlfriends in the stands this year?

A: The England team will arrive with a crew of reality TV stars and lingerie models, but in terms of star power, they are dust in comparison to Spanish defender Gerard Piqué’s partner, Shakira. The World Cup actually bought the couple together. Pique made a cameo appearance in the video for Shakira’s video for the official 2010 World Cup anthem, “Waka Waka.” Who said romance is dead?

Q: Which underdog team has the best chance to pull off a “do you believe in miracles” upset?

A: Iceland are a remarkable story. This nation of just 335,000 people are the smallest to ever qualify for the tournament. Their manager was until last year a part-time dentist, but their players truly believe Viking blood surges through their veins.

Q: And then there’s Russia — not exactly the first country that springs to mind when you think “World Cup.” Will the host country reap any home-field advantage?

A: The World Cup will be held in an authoritarian state, Vladimir Putin’s Russia. This is not new terrain for FIFA, who have used past World Cups to serve up propaganda victories to Mussolini’s fascist regime in 1934 — the surprise winners, Italy! — and the Argentine military junta in 1978 — the surprise winners, Argentina! But the Russian football team are Cleveland Browns-bad, so it would shred even the little credibility FIFA has remaining if the hosts channel the Mighty Ducks and win the whole enchilada.

This interview has been edited and condensed.