A big win, but did it shake the earth? 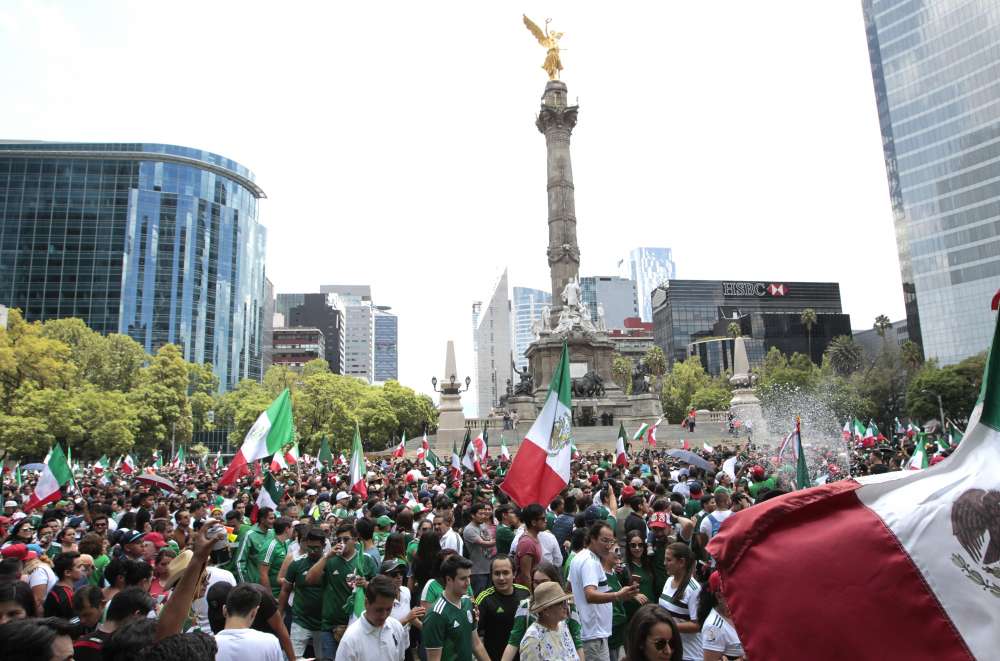 Late Sunday morning, seismic sensors in Mexico City detected what was reported to be a small earthquake. But it was triggered in an “artificial manner,” according to the group monitoring the gauges.

“Possibly because of mass jumping,” said the group, the Institute of Geologic and Atmospheric Investigations in Mexico, which said that at least two of its sensors picked up the activity.

The cause of that mass jumping? Moments before, the Mexican men’s national soccer team had scored a goal against powerhouse Germany in their group-stage match in the World Cup in Moscow.

The Mexicans would hold on to win the match, 1-0, defeating Germany — the defending World Cup champions — and recording one of the biggest upsets in Mexico’s World Cup history.

One need only look at the seismic graphs in Mexico City to get a sense of the importance of the victory to Mexicans. But there was plenty of other evidence, too.

After the final whistle, households around the country erupted in joy. People poured into the streets to celebrate. Strangers embraced one another. 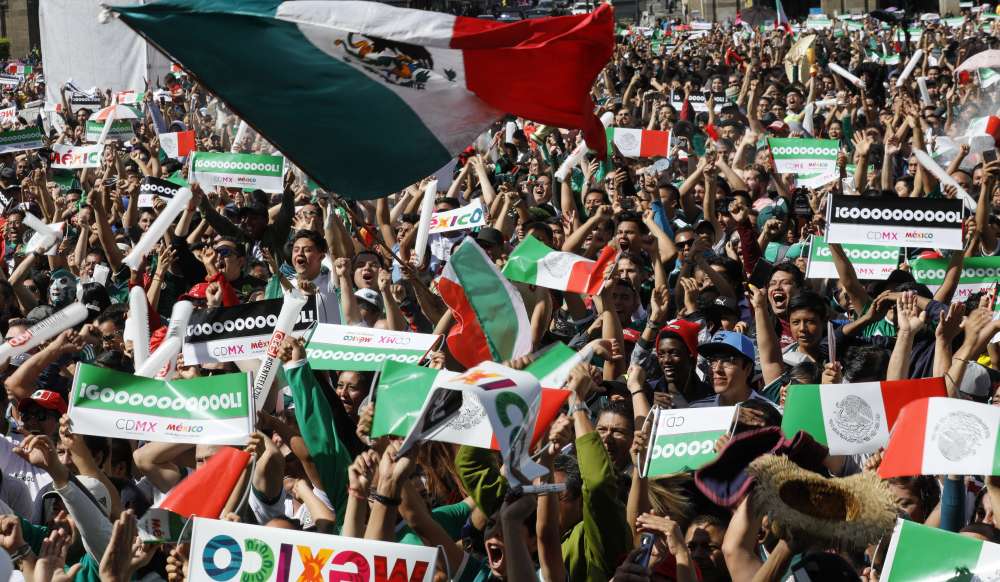 The joy, of course, was not simply a matter of sports alone. For many, the victory, the first major surprise of the World Cup, gave Mexicans something to celebrate at a time of relentlessly dismal news for the country and an increasingly toxic political campaign season, which will culminate on July 1 in elections for more than 3,400 posts at the local, state and federal levels, including the presidency.

“It’s so surprising,” said Juan Rodrigo Guadarrama, 32, a taxi driver in Mexico City. “I barely felt like watching the match, because I thought we were going to get badly beaten. I thought we would not have a chance. But the fact that we won renews our hope.”

He added: “We are so polarized and against each other these days, with the elections and everything else going on, that this brings us back together and makes us feel like things are possible.” 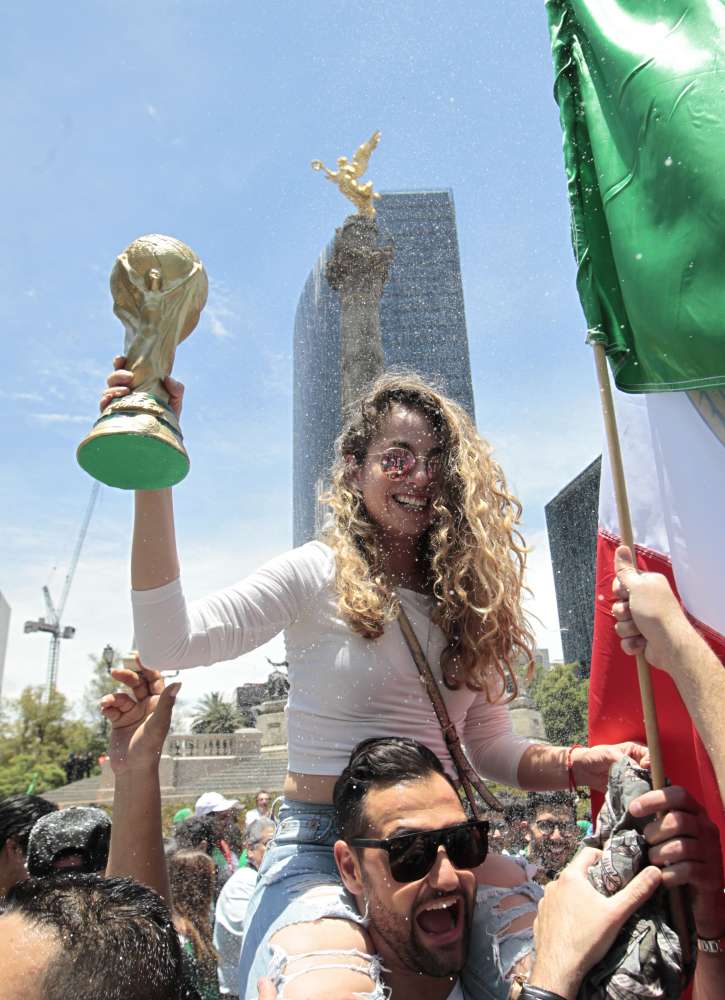 Mexico has hosted the World Cup twice and last week was awarded a third in a joint bid with the United States and Canada. But the national team has never advanced beyond the quarterfinals.

Shortly after the match, President Enrique Peña Nieto took to Twitter to celebrate the victory: “Confirmed: Mexico competes and wins against the best in the world. Many congratulations to @miseleccionmx! Great game!”

While nobody was questioning the degree of happiness experienced by the nation, some experts challenged the claim of seismic activity circulated by the Institute of Geologic and Atmospheric Investigations.

El País, the Spanish newspaper, quoted Arturo Iglesias, an investigator with the Institute of Geophysics at the National Autonomous University of Mexico, saying that an earthquake cannot be induced by “the scattered activity of fans.”

In a blog post Sunday night, the Institute of Geologic and Atmospheric Investigations appeared to push back at the doubters, clarifying that the event was imperceptible to the general population. This sort of occurrence can be referred to as an “artificial” earthquake, the institute said, “to clearly establish that it is not a geological event.”

“Widespread celebration” was the probable cause, the group added.

Mexico City’s local government announced that 75,000 people had gathered in the Zocalo, the capital’s main square, by midafternoon, several hours after the match ended. Another 20,000 or so converged on the Angel of Independence monument, a signature landmark in downtown Mexico City, and filled the Paseo de la Reforma, the city’s principal boulevard, and surrounding streets, forcing the authorities to close off the area to vehicular traffic.

Packed restaurants and bars throughout the sprawling city throbbed with chants of “Mexico! Mexico!”

Lucía Colunga, 54, a housewife, was among the many who thronged the Angel of Independence monument. The crowd seemed to be undergoing a collective catharsis.

“This victory matters because it gives us the opportunity to express the joy we all carry inside as Mexicans, which we were unable to release and express due to all the bad news, the politics, the natural disasters,” Colunga said. “We are here to let out all of that happiness that we have bottled up.”

These are still very early days in the tournament. Mexico next plays South Korea, on Saturday, and meets the fourth member of their group, Sweden, on June 27. The top two teams from each of the eight four-team groups advance to the next stage — and there are no guarantees that Mexico will be one of them even if, for Mexican fans, the victory over Germany multiplied their faith in their team.

Maritza Martínez, 50, who was celebrating at the Angel of Independencia with her husband and five children, said the team’s next test would come in due time. For now, it was time to relish a rare communal victory for the country.

“We do want to enjoy this moment to the fullest,” she said. “We want to prolong it as much as we can.”