9.4% in Cyprus cannot afford the basics of life 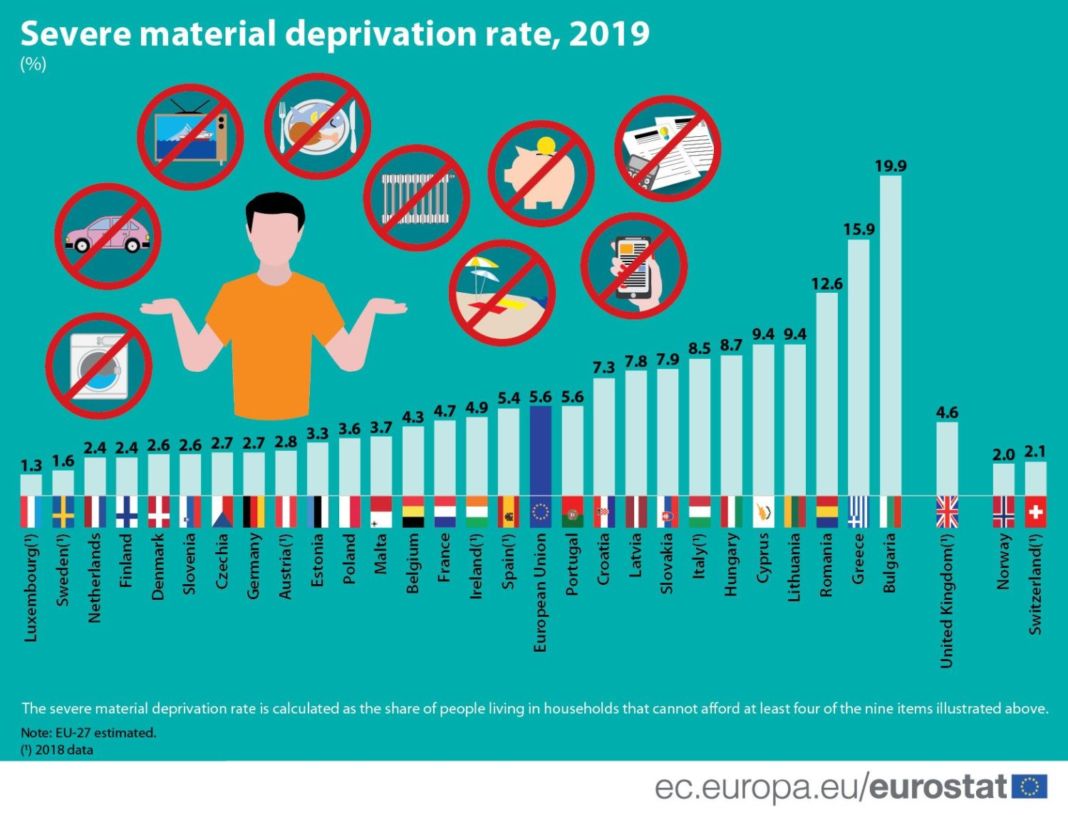 Nearly one in ten people (9.4%) in Cyprus were severely materially deprived last year — well above the EU 27 average of 5.6% and the fourth highest in the EU, according to figures published by Eurostat on Wednesday.

This means that they cannot afford at least four of the following items, which are considered by most people to be desirable or necessary to lead an adequate life: pay their bills on time; keep their home adequately warm; face unexpected expenses; eat meat (or fish or the vegetarian equivalent) regularly; take a one week holiday away from home; a TV; a washing machine; a car; a telephone.

Eurostat said the 2019 data reflect the continued downward trend in the proportion of people severely materially deprived in the EU since the peak of 10.2 % in 2012.

However, due to lockdowns implemented across the world in 2020 to slow down the rapid spread of the coronavirus it can be expected that in 2020 the downward trend of severely materially deprived people will change.

In addition, those people already in this situation may find it more difficult to cope with the social and financial disruptions caused by the containment measures.

Highest rate of severe material deprivation in Bulgaria and Greece