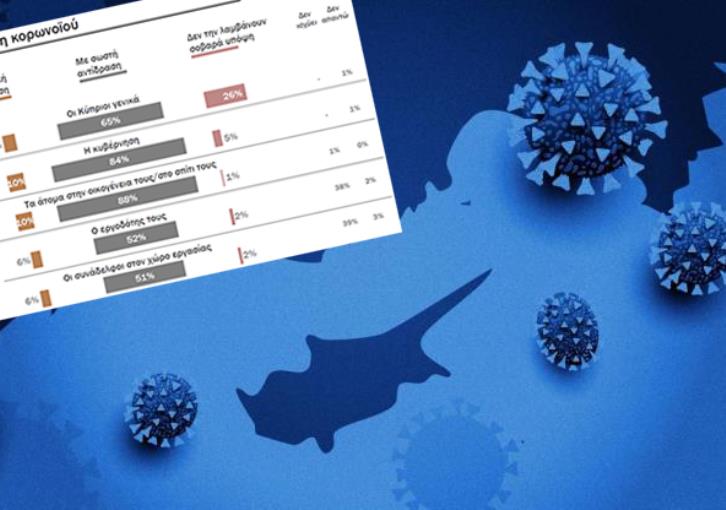 84% of Cypriots say government responded ‘the proper way’ to the Covid-19 pandemic, according to a new telephone poll conducted by Pulse Market Research and PR company Gnora and published on Sunday by Phileleftheros, while only a 52% approve of their employer’s handling of the situation.

The poll’s conclusions were extracted from a sample of 605 people across the island aged 18 and above using the stratified random sampling method, and the data was collected from April 3 to April 8.

The poll also found that an overwhelming majority of the population agrees with individual measures adopted as follows:

79% fear that they or a member of their family might contract the virus while 95% believe they know what actions to take if they present coronavirus symptoms.

Asked what habits they have adopted in the last week, 98% said they reduced their social contacts, 97% said that they stepped up their personal hygiene (washing hands more frequently and using antiseptics), 96% avoided visiting public spaces, 92% maintained the 2 metre social distancing, 79% used gloves, 61% used a face mask, and 28% worked from home.

As regards news on coronavirus, 67% said they get their news from TV, 38% from the internet via local news sites, 34% via international news sites, 30% from the radio, 27% from friends and relatives, 22% from social media and 15% from the printed press (newspapers, magazines).

On their use of technology in the last week, 89% said they used it for remote work, remote education and communication with friends (24%, 19% and 86% respectively).

On financial aspects, 19% said their job has been entirely suspended, 15% partly suspended, 3% have been fired, 27% continue working normally and 35% said they do not work.

54% of participants said that the overall financial situation of their household has not yet been affected by the consequences of the pandemic and 45% said they are already experiencing the financial effects.

A 70% majority believe that the spread of the virus is under control and 24% believe otherwise. 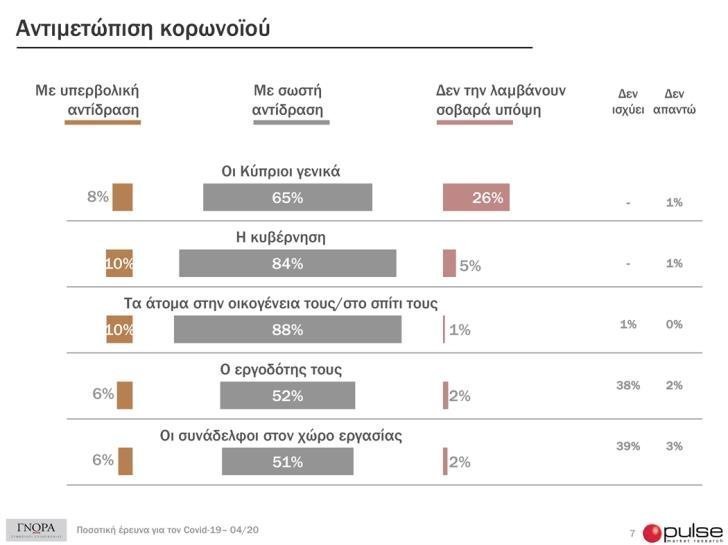 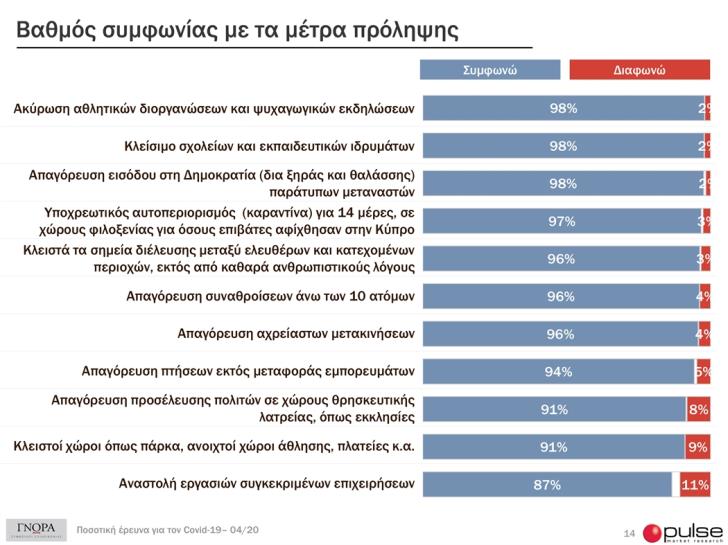 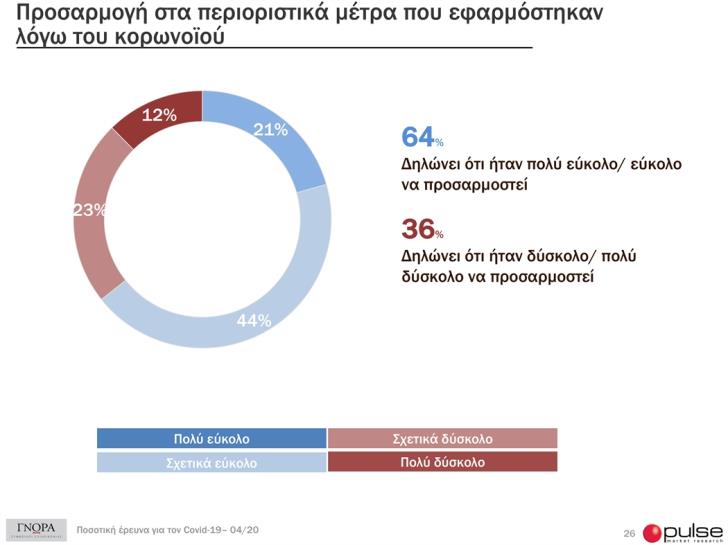 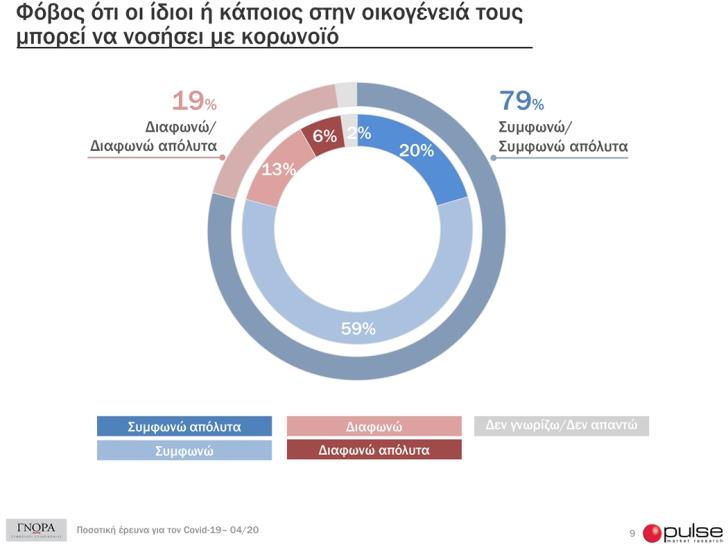 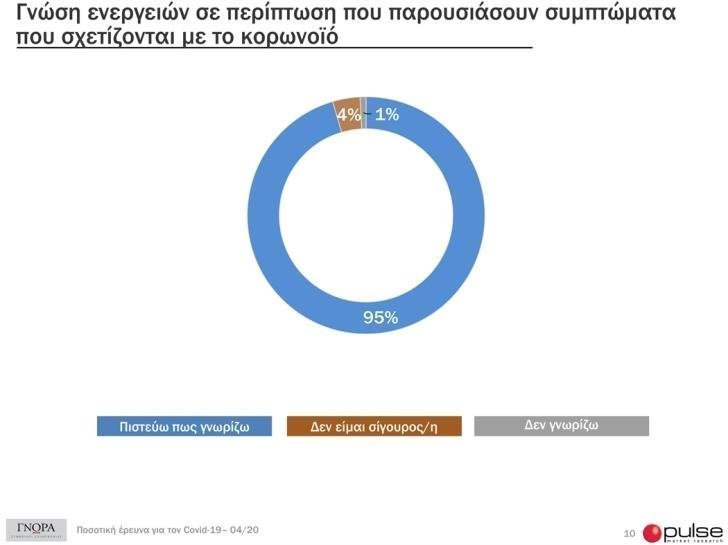 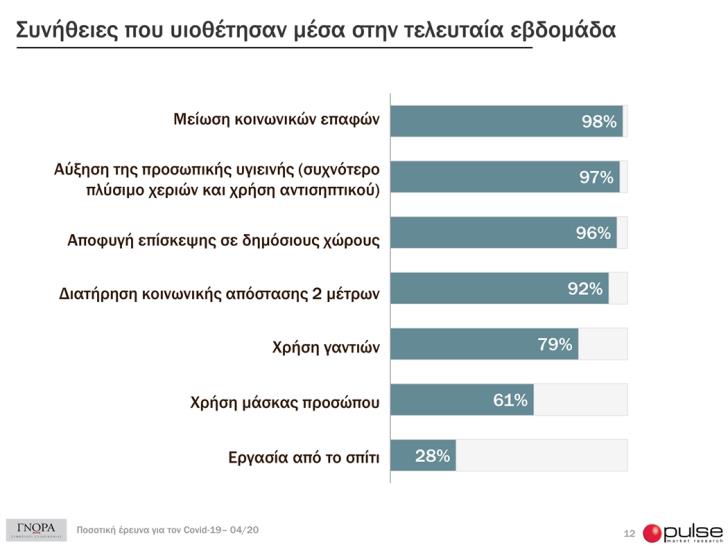 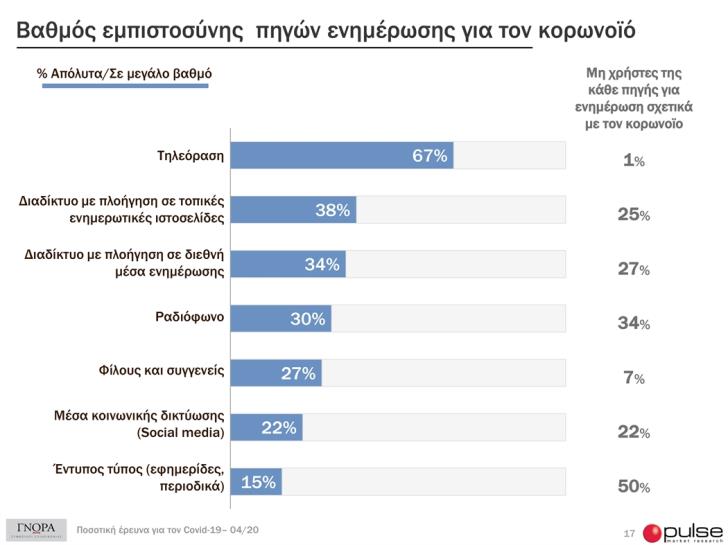 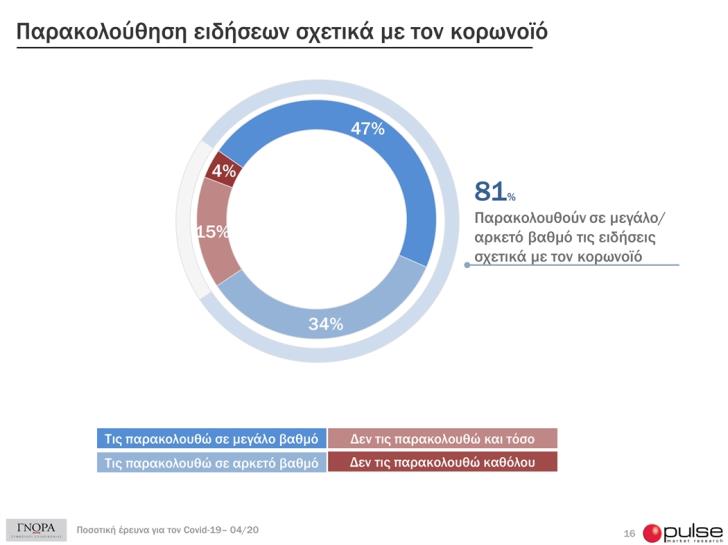 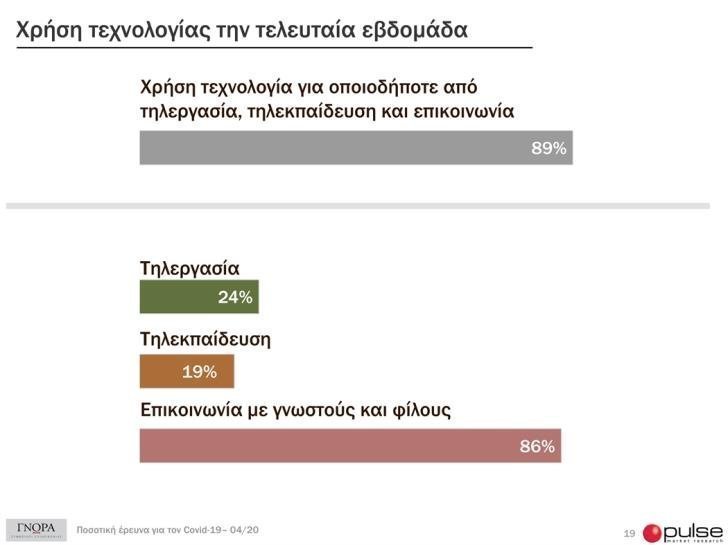 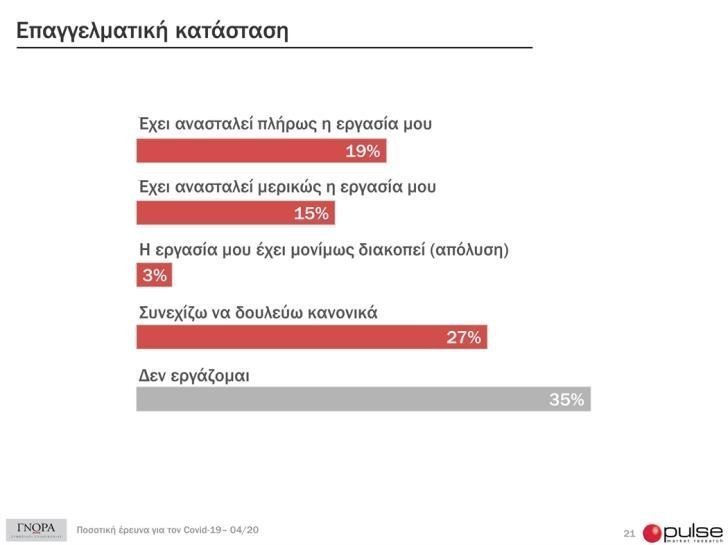 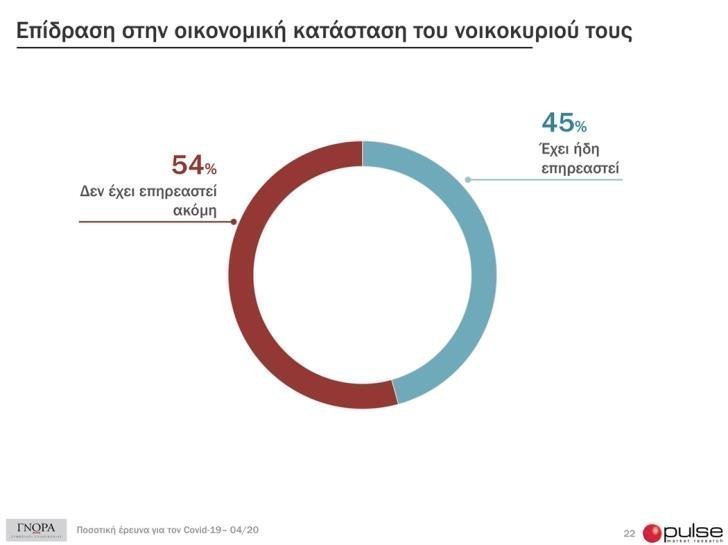 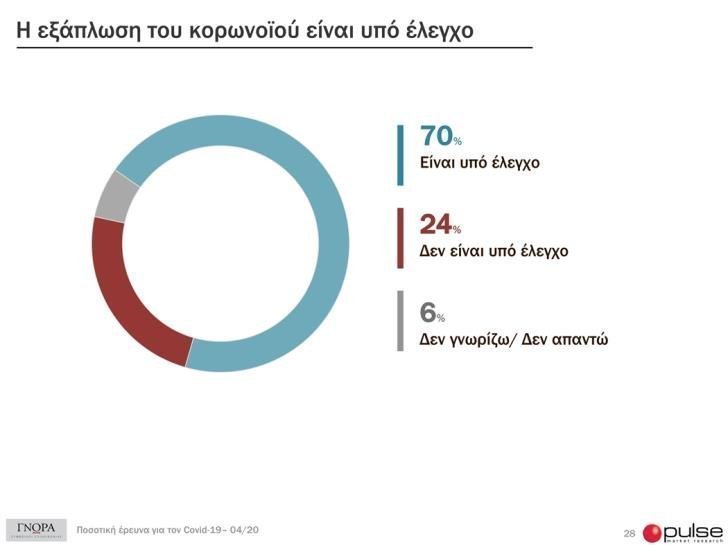 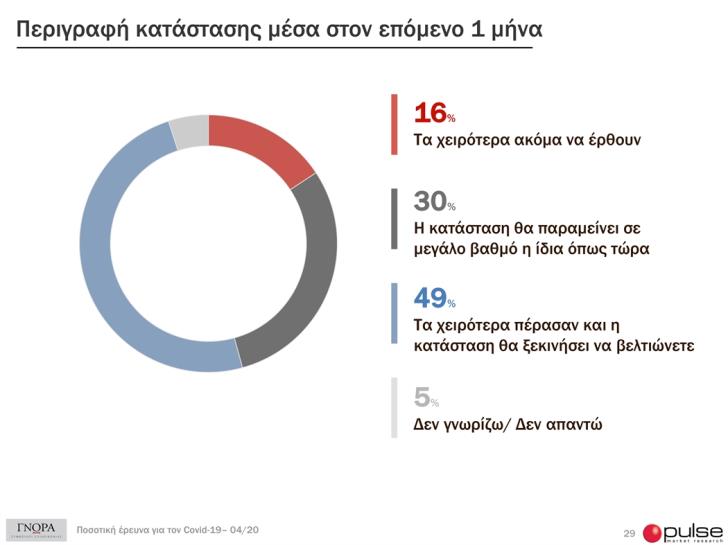 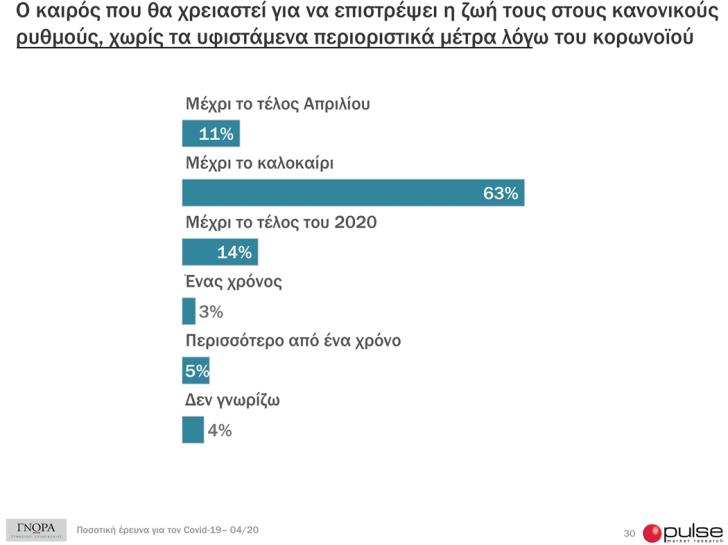