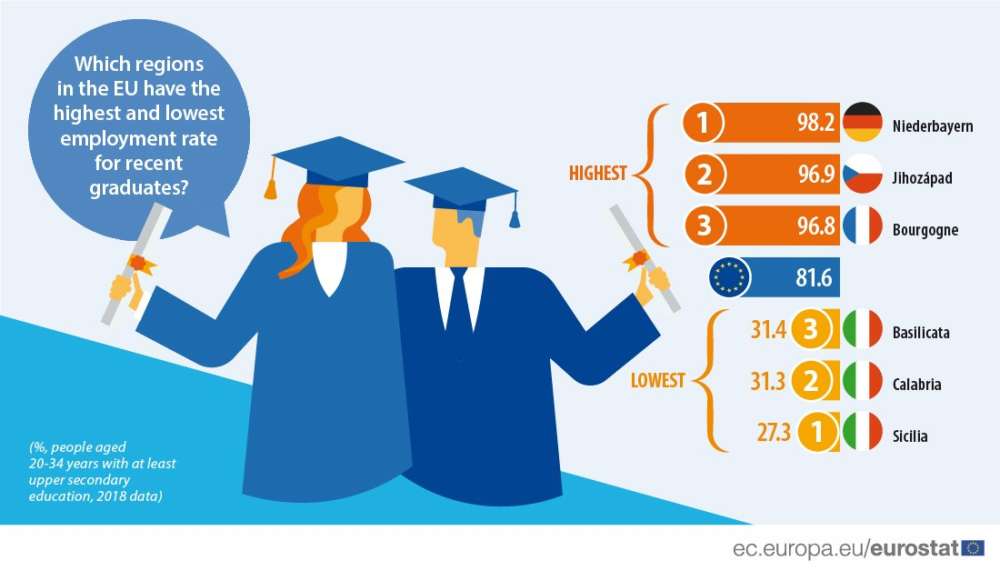 In 2018, 82% of recent graduates across the European Union were employed, according to the latest Eurostat figures.

In other words, 82% of young people aged 20-34 who had successfully obtained at least an upper secondary level of education in the past 1-3 years and are not in further education were in employment.

This figure has increased for five years in a row, up from a relative low of 75% in 2013, recorded in the aftermath of the global financial and economic crisis.

In contrast, less than one third of recent graduates were in employment in four EU regions. Three were in southern Italy: Sicilia (27%), Basilicata and Calabria (both 31%), and one region in central Greece: Sterea Ellada (32%; low reliability). 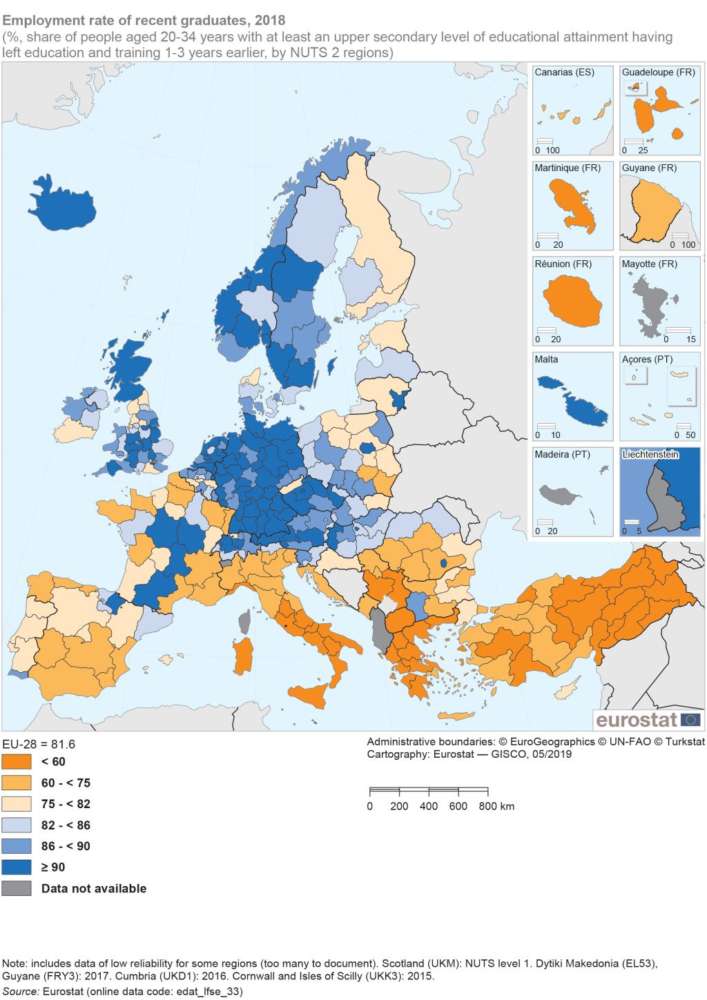 By In Cyprus
Previous articleLife expectancy of men in Cyprus at 80.2 in 2017 (map)
Next articleTraffic gridlock on Limassol-Nicosia highway after two accidents