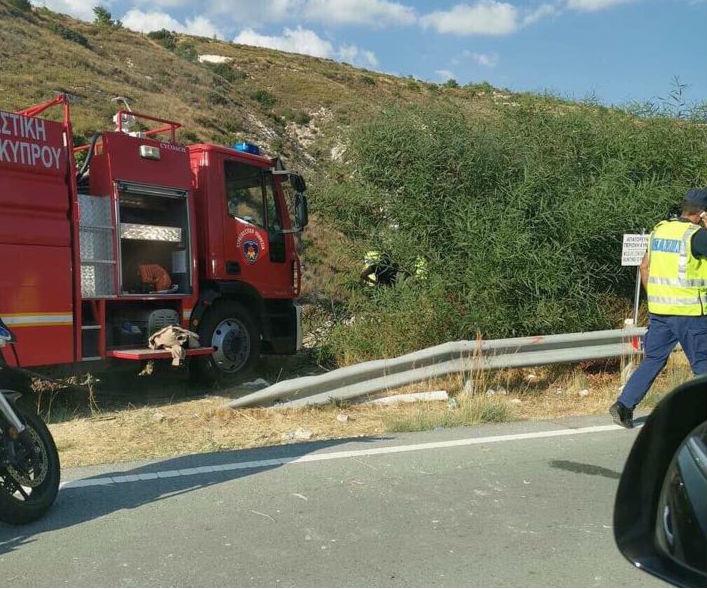 A 71 year old man has died and his wife was injured after their car went off the road and rolled down a 50 metre ravine in the Lania area on Sunday afternoon.

The man was named as Costas Petrou Garpozis from Limassol.

Police are still investigating what happened and will also look at the possibility the man may have died of natural causes before losing control of the car.

“We have still not secured written testimony, but have some information only from passers-by. We need the written testimony of the driver of the car who was behind the car of the deceased and we appeal to anyone who has any information to contact the traffic unit or  closest police station,” Limassol traffic police chief Yiannakis Georgiou told reporters.

The exact cause of death will be determined by a post-mortem examination, he added.

Georgiou said that at around 3.45 pm the 71 year old and his 80 year old wife were on the Saittas-Limassol  road when at some point the driver lost control of the car which fell into the ravine.

The fire services were called in to cut the couple free from the car.

Two people died in separate fatal collisions on Saturday night, one in the Limassol district and one in Nicosia, prompting police to appeal to all road users to adhere to the traffic code.

By In Cyprus
Previous articleWoman reported missing in Paralimni area (photos)
Next articleUpdated: Fire near Kantou under control