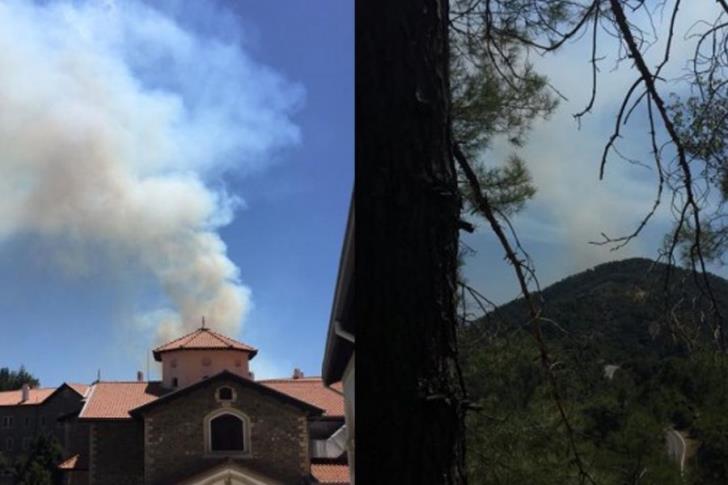 Police on Wednesday arrested a 66 year old man in connection with a fire which broke out near Milikouri around 1.20 pm  and raged for several hours before being brought under control around 5.15  pm having burnt 10 hectares of pine forest and other wild vegetation.

The man is from Nicosia and has a holiday home in Milikourii. The fire is believed to have started near his house when he apparently tried to light wood, sparking a fire in the forest.

The Forestry Department said 120 of its fire fighters with 28 fire trucks, as well as fire trucks and fire fighters from the fire brigade and seven water dropping aircraft  had been mobilised to fight the blaze.

By In Cyprus
Previous articleQatar to invest $15 billion in Turkey, Ankara says
Next articleAmbulance crew injured when patient goes berserk