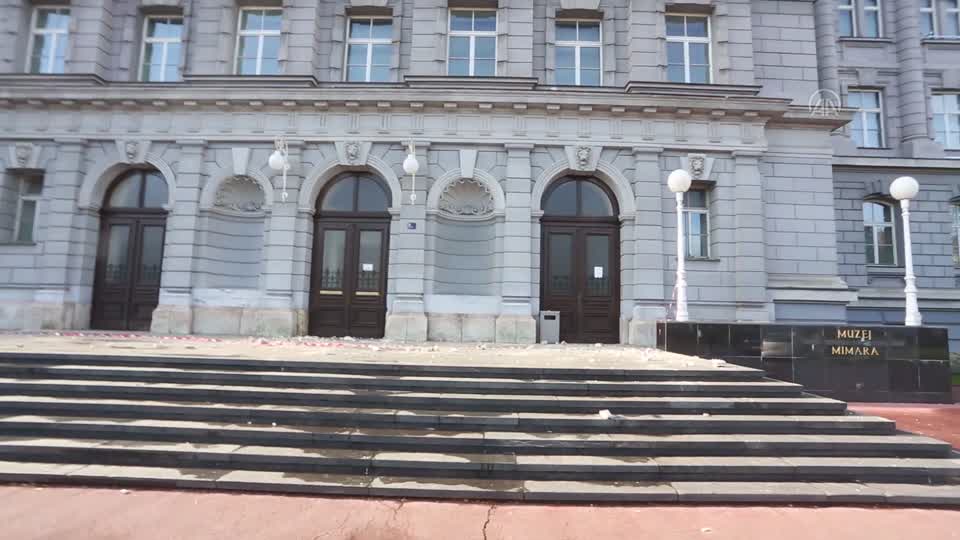 The earthquake hit the town of Petrinja in the central Sisak region at 1319GMT, some 51 kilometers (31.7 miles) southeast of the capital, at a depth of 10 km (6.2 mi.), according to the European-Mediterranean Seismological Centre (EMSC).

Darinko Dumbovic, the mayor of Petrinja, said that a child died in the quake, and many people were injured.

Earlier Dumbovic called for help from firefighters from across Croatia.

The government said that aid teams across the country were directed to Petrinja.

The quake also caused panic and traffic jams in the capital Zagreb after thousands tried to flee the city and telephone lines were cut.

Neighboring Slovenia has shut down Krsko Nuclear Power Plant as a precaution.

The quake was also felt in some parts of neighboring Bosnia and Herzegovina as well as Serbia.

Yesterday, two earthquakes with magnitudes 5.2 and 4.9 jolted the capital and several central towns in Croatia.

Several buildings in the cities of Petrinja and Sisak were damaged by the quakes.

In March, a magnitude 5.3 earthquake hit Zagreb, killing one person and injuring 27 others.

By gavriella
Previous articleUpdated list of categories of citizens with risk factors for serious illness by COVID-19
Next article907 new cases, four deaths announced on Tuesday