52,259 Cypriots have their name day today 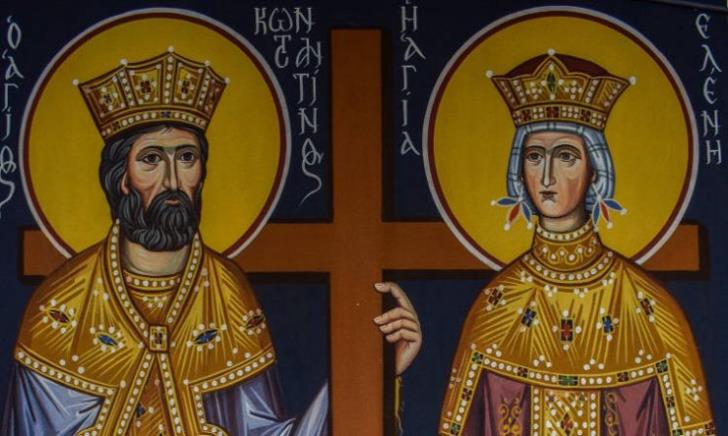 In Orthodox Christianity, May 21 is the feast day for Saints Constantine and Helen.

According to the latest population census (2011), 52,259 people in Cyprus are named after the two saints.

Statistical service figure show that 29,393 women in Cyprus are named Eleni, 3,676 are named Constantina and 18,198 men have the name Constantinos.

Saint Constantine or Constantine the Great (272-337 AD) was a Roman and Byzantine Emperor who ruled between 306 and 337 AD.

He was the first Roman emperor to convert to Christianity. Although he lived much of his life as a pagan, and later as a catechumen, he joined the Christian faith on his deathbed, being baptised by Eusebius of Nicomedia. He played an influential role in the proclamation of the Edict of Milan in 313, which declared religious tolerance for Christianity in the Roman empire.

The age of Constantine marked a distinct epoch in the history of the Roman Empire. He built a new imperial residence at Byzantium and renamed the city Constantinople (now Istanbul) after himself. It became the capital of the Empire for more than a thousand years, with the later eastern Roman Empire now being referred to as the Byzantine Empire by historians.

Saint Helena or Empress Helena was the mother of Saint Constantine (246-330 AD).

Helena ranks as an important figure in the history of Christianity and of the world due to her influence on her son. In her final years, she made a religious tour of Syria, Palestine and Jerusalem, during which she allegedly discovered the True Cross.

Several relics purportedly discovered by Saint Helena are now in Cyprus, where she spent some time. Among them are items believed to be part of Jesus Christ’s tunic, pieces of the holy cross, and pieces of the rope with which Jesus was tied on the Cross. The rope, considered to be the only relic of its kind, has been held at the Stavrovouni Monastery, which was also said to have been founded by Helena.

According to tradition, Helena is responsible for the large population of cats in Cyprus. Local tradition holds that she imported hundreds of cats from Egypt or Palestine in the fourth century to rid a monastery of snakes. The monastery is today known as “St. Nicholas of the Cats” and is located near Limassol.