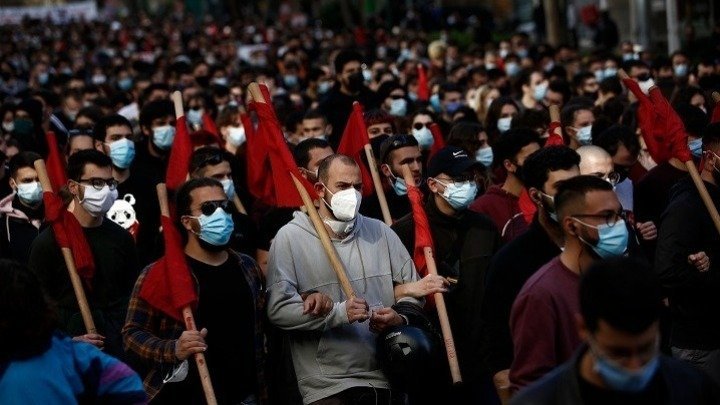 Some 52 individuals were detained for questioning during the student protest rally held in central Athens on Wednesday, reported the police.

Police at the parliament’s forecourt were attacked by a group of 200 people, who broke away from the main protest of approximately 5,000 attendees, but were repelled by restricted use of tear gas, the police said in a statement.

Police were thrown molotov petrol bombs a short while later at Propylaia, outside Panepistimio metro station, where tear gas was used again.

Student organizations protested the government’s education bill, which foresees in-campus security forces and amended minimum grades required for university entry. It is scheduled for a plenary vote on Wednesday evening.

By gavriella
Previous articleEU economy to reach ‘end of the tunnel’ in 2022, Commission forecasts
Next article9,264 vaccination appointments for citizens over 76