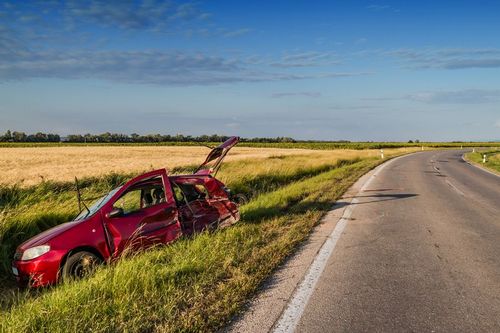 A five year-old girl is currently hospitalised in Makarios Hospital after being injured in a car accident that happened on the Larnaca-Ayia Napa motorway last night.

A 28-year-old woman and a 11 month-old girl were also injured.

The accident occurred around 9 pm on October 12, when the vehicle that was being driven by a 33 year-old man and the woman, the two children and a 13 year-old boy were travelling in, deviated from his course – under conditions which are being investigated – and rolled over.

After the accident, the woman, the 5 year-old and the 11-month-old girl were transferred to Larnaca General Hospital.

The woman and the 11-month-old girl, were discharged, after receiving first aid.

The 5 year-old girl was transported to the Makarios Hospital for further monitoring, after she was found to have a head injury and fluid in the abdomen.

The driver and the 13 year-old boy were not injured.

After an alcohol test, the driver was found to have four times the allowable limit of alcohol in his body.

By In Cyprus
Previous articleUpdate: Milikouri fire under full control, caused by lightning
Next articleDeath toll from Michael seen rising as Florida towns remain cut off