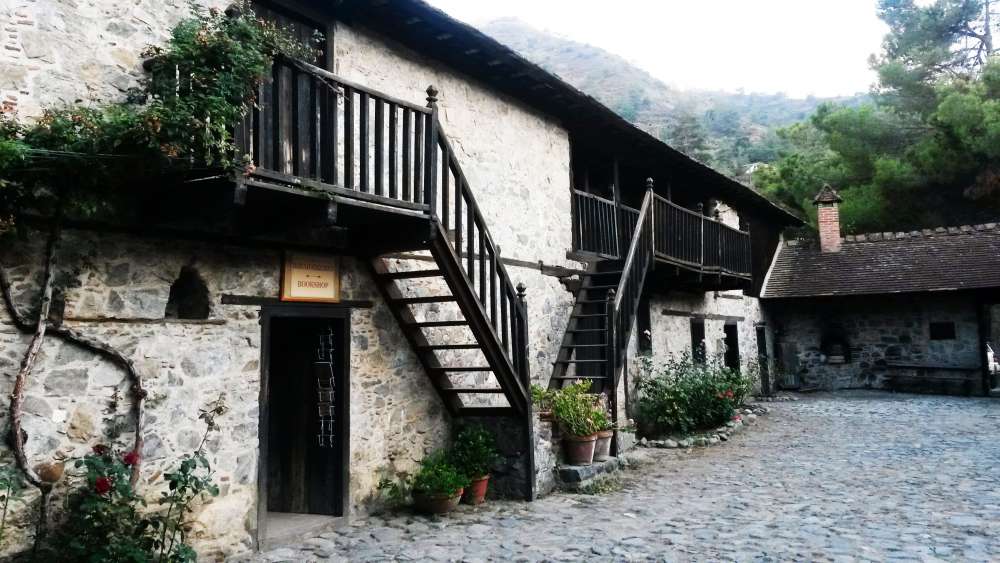 The church of Panagia Aggeloktisti is situated in the Larnaka district, in the north-western end of the village of Kiti, 12 km from the city of Larnaka and the ancient city of Kition. It is domed and built on a cross-in-square plan. The church, as it stands today, dates to the 11th century and was built over the ruins of a 5th century early Christian basilica, the semi-circular synthronon of which survives in the bema behind the altar of the 11th century church. According to the local tradition the church was founded by the residents of the ancient kingdom of Kition (modern-day Larnaka) who moved to Kiti in order to escape the Arab invasions. The epithet ‘Aggeloktisti’ is based on the folk tradition according to which the church was built by angels. The church is still in use for its initial function.

In the 12th century a barrel-vaulted chapel was built to the north of the temple dedicated to the healer saints Anargiroi, Kosmas and Damianos. It is possible that the chapel had a funerary character, as medieval tombs were found outside the northern side. In the end of the 13th century – beginning of the 14th century, another chapel, the so-called Latin chapel, was built to the south of the church, in order to serve the religious needs of the rulers of Cyprus. To date, three coats-of-arms survive above the chapel’s entrance, one of which belongs to the owners of the chapel, the rich Frankish family Gibelet. The inscribed tombstone of Simone Renier de Gibelet, who died in 1302, which survives in the chapel, suggests that this chapel may have also been of a funerary character.

The church of Panagia Aggeloktisti preserves a superb decoration which dates to different periods, including the unique 6th century wall mosaic on the half-dome over the sanctuary apse; this mosaic, also considered to be one of the most significant wall mosaics of the Early Christian art, depicts the Virgin standing in a gold background, holding baby Jesus in her left arm, with the Archangels Michael and Gabriel on either side. This is the only wall mosaic which has survived to the present day in monuments in Cyprus. The church is also decorated with wall paintings of the 11th century, a wooden iconostasis of the 16th century and also has icons dating from the 13th to the 19th century, all of which are of historical importance. These suggest the diachronic artistic and religious connections of Cyprus with the Byzantine world, the assimilation of artistic elements from different cultures (e.g. Byzantine and Frankish), and the diachronic importance of the church already in antiquity. 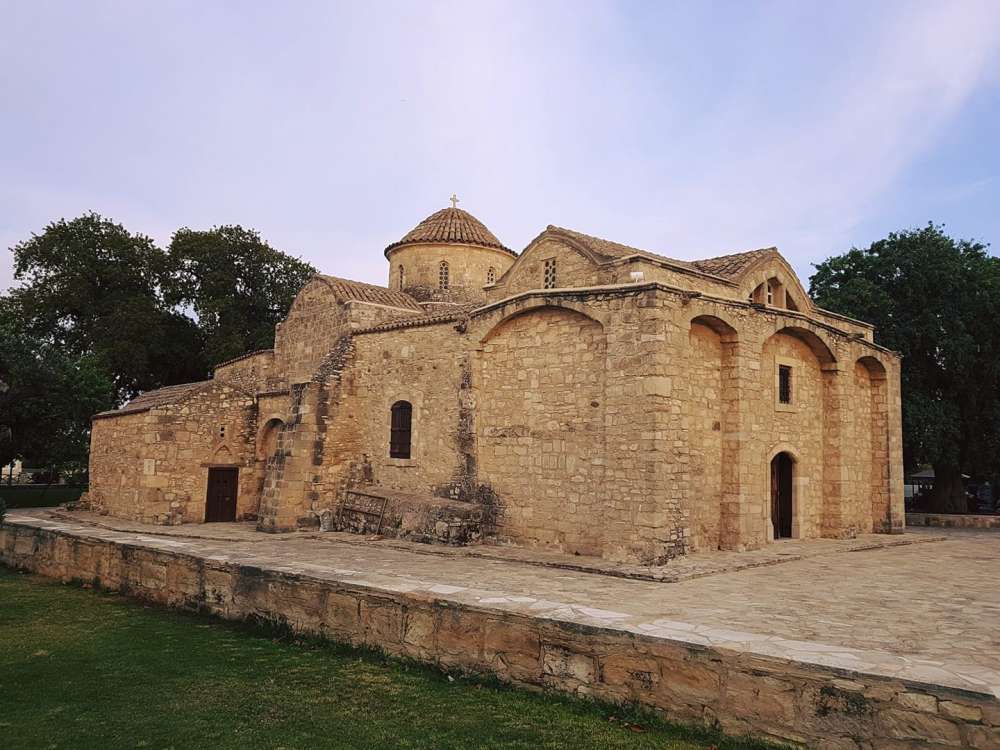 Church of Panayia Chrysokourdaliotissa, Kourdali (extension to “Painted Churches in the Troodos Region”)

A three-aisled church of the steep-pitched roof type with flat hooked tiles. The aisles of the church are divided from the nave by wooden arcades. The church retains a considerable number of paintings of the early 16th century. They are of an Italo-Byzantine style and iconography. Its wood-carved gilded iconostavis is a fine example of early 16th century work with a contemporary series of icons in the same style. 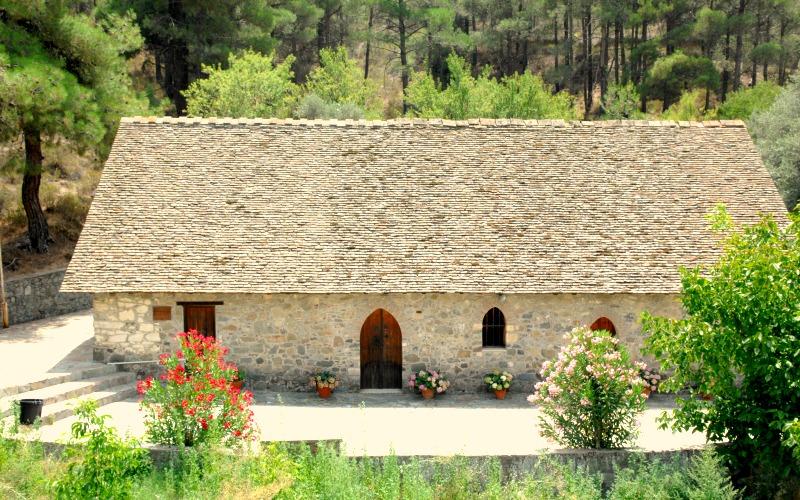 The rural settlement of Fikardou

Fikardou is an excellent example of a traditional mountain settlement, which has preserved its 18’h and 19th century physiognomy and architecture, as well as its natural environment. The main aesthetic quality is the integrity and authenticity of the village, which is in complete harmony with its environment. 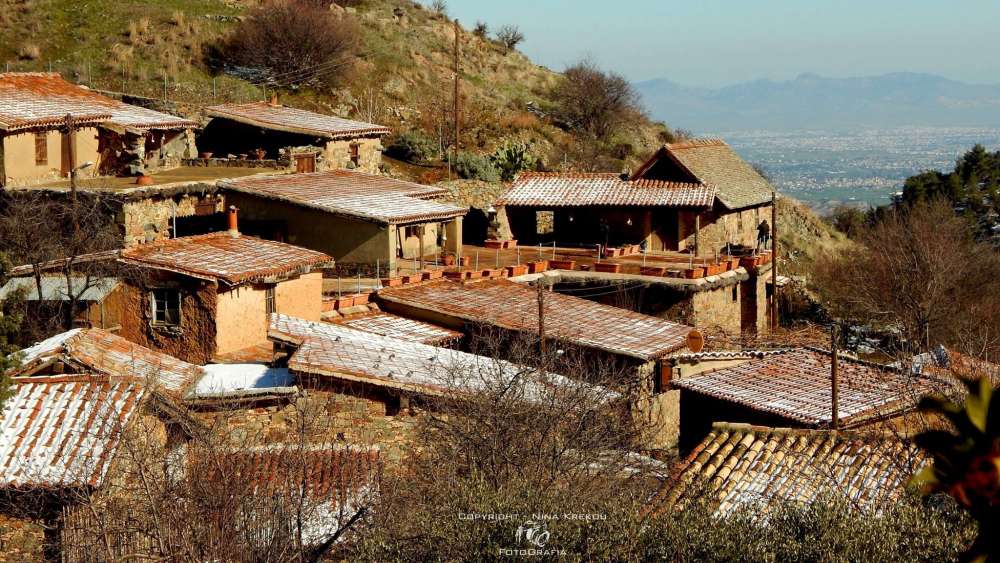 Painted Churches in the Troodos Region

This region is characterized by one of the largest groups of churches and monasteries of the former Byzantine Empire. The complex of 10 monuments included on the World Heritage List, all richly decorated with murals, provides an overview of Byzantine and post-Byzantine painting in Cyprus. They range from small churches whose rural architectural style is in stark contrast to their highly refined decoration, to monasteries such as that of St John Lampadistis. 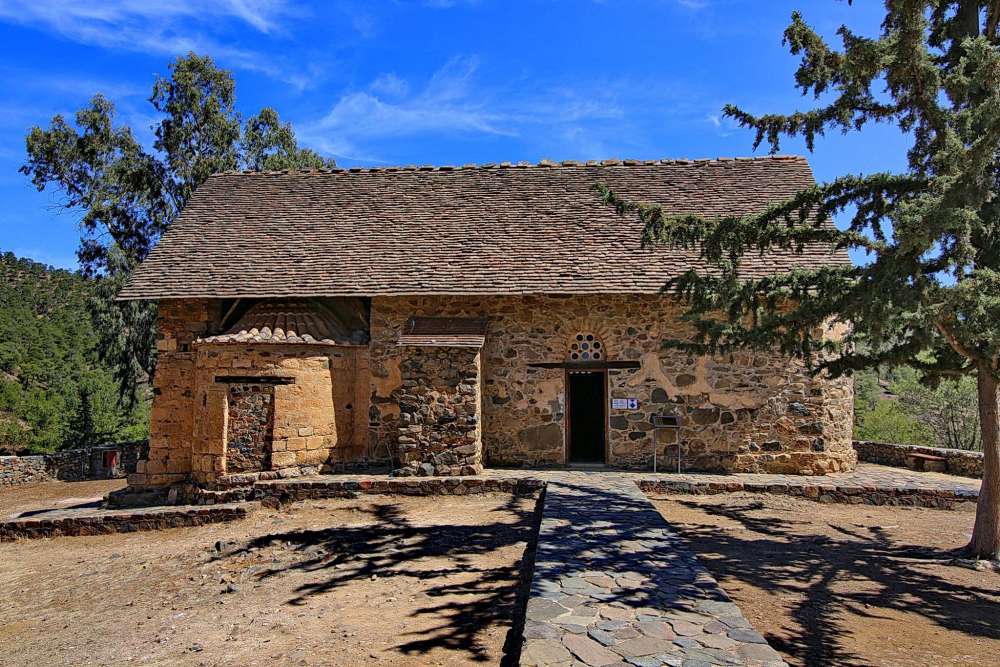 NB- This site has to be considered as part of the Troodos ophiolite, a 90 million year old fragment of extremely well-preserved oceanic crust. Some 600 m below Malounda Bridge. This sites provides an excellent example of how seafloor spreading takes place with dyke swarms showing dyke-indyke intrusion between lava screens. 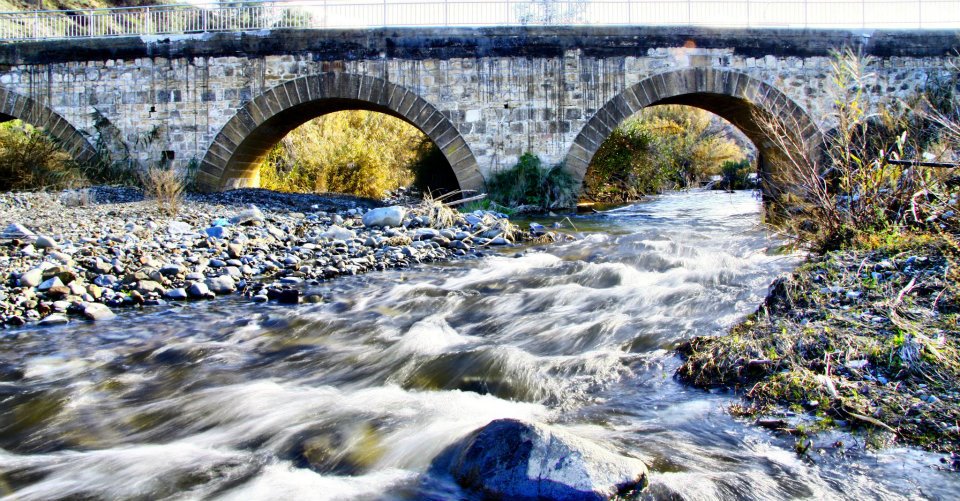