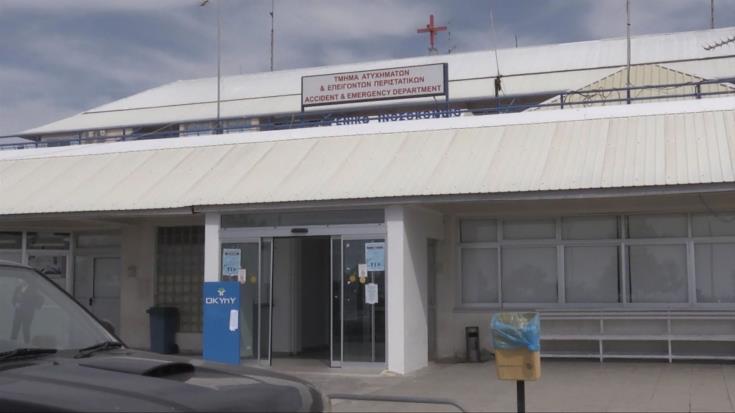 A 46-year-old man who was stabbed in Paphos on July 15 died in the Limassol Hospital ICU around 10 pm on Friday, the CNA reports.

The victim was named by police as Igor Kamanets from Ukraine.

According to police information, the man had been initially taken to Paphos Hospital on July 18 by his brother with injuries in many parts of his body caused by a sharp object. He was admitted to surgery to treat a serious injury in the abdomen and was then taken to the ICU for intubation.

The 46 year old remained in critical condition until yesterday and was transferred to the Limassol Hospital ICU in the afternoon as his condition deteriorated where he died at 21:58.

Conflicting statements have been given to police by the victim and his girlfriend regarding the incident, according to CNA, with the former stating it was hitchhiking gone wrong and the latter that it was an ambush.

According to the victim’s statement, the incident took place around 11 pm on July 15 while he was walking down Apostolos Pavlos Avenue in Kato Paphos.

The 46-year-old signalled a dark-coloured car with unknown number plates to stop. The car did so, the co-driver stepped out and the victim reportedly asked to be taken to the town centre.

The co-driver then asked for the amount of 40 euros for the ride which the 46 year old refused to pay. A conversation followed and the man then reportedly attacked the victim with a knife, entered the vehicle and fled the scene with the driver.

The victim told police that he then went back home on foot and did not initially visit a hospital because he did not think his injuries were serious. However, when his brother visited and saw his condition he took him to Paphos General Hospital.

Meanwhile, the victim’s girlfriend and housemate, who was arrested and remanded in custody on July 18 for remaining in the country without an immigration permit, told police that the victim told her: “You were right about that useless man; he ambushed me.”

The woman then reportedly realised who the victim was referring to and gave his details to the police.

She told authorities that the reason the victim kept the truth from the police is because he did not want them involved in the stabbing incident for personal reasons.

Police subsequently arrested a 38 year old man who was remanded in custody for seven days on Friday. The suspect denies any involvement in the case.