4,000 tons of seaweed cleared by Larnaca Municipality in past two months 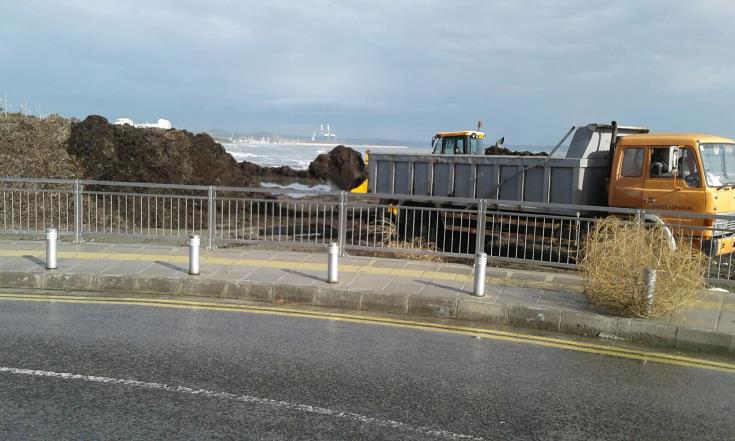 Larnaca Municipality has removed 4,000 tons of seaweed from the coastal areas of Phinikoudes to Makenzie  so far this year, cleanliness inspector Diomides Diomidous told the Cyprus News Agency on Tuesday.

He said the municipality’s crews work to clear the seaweed that is washed up from November to March practically on a daily basis. It then taken to a licensed unit of the Environment Service of the Agriculture Ministry at Tersephanou for a fee of €7 per ton.

Diomedes said that the quantities seaweed washed to shore vary from year to year. Last year, the service collected a total of 10,114 tons.

He said the problem with the seaweed was attributed to the morphology of Larnaca Bay combined with the winds and rough seas. Clearing costs the municipality tens of thousands of euro, over and above the cost of the workers, fuel to transport the seaweed and other indirect expenses, he said.

The seaweed and sand at the entrance of the Psarolimano fishing shelter create problems for the professional fishermen as their boats become stuck or the propellers and engines are damaged.

By In Cyprus
Previous articleConcert for flute and piano
Next article55 year old demonstrator to stand trial for assault, unlawful assembly