40% of relatives believe Cyprus’ missing persons could be alive – report 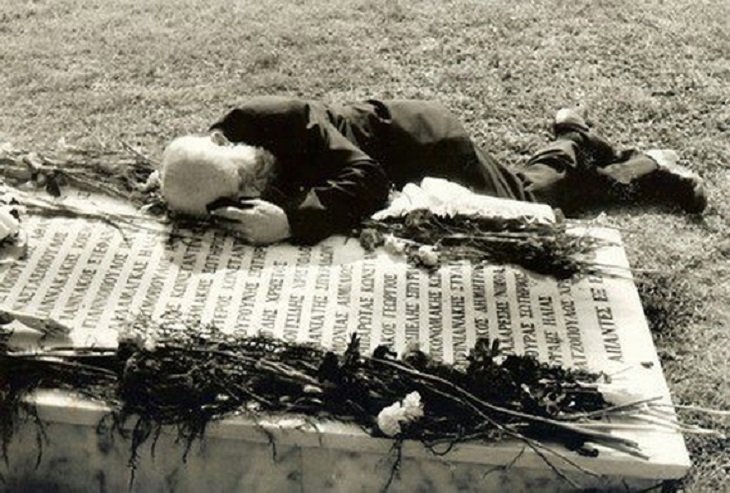 A public report by the International Committee of the Red Cross (ICRC) and the Committee on Missing Persons in Cyprus (CMP) has revealed interesting findings on the needs of the families of missing persons on the island, decades after the events of the 1963-64 and the Turkish invasion of 1974.

This is the first time such a report is taking place.

Some of the 170 family members who were interviewed expressed the belief that their loved ones could be alive and could be living somewhere else, others said that they demand answers that would terminate their ordeal and how important it is to have the remains of their relatives for a proper burial.

The report titled ‘’Family Needs Assessment’’ took place between October 2018-April 2019 with 170 Greek Cypriots and Turkish Cypriot family members of missing, out of a total combined number of 934 families who have not yet received answers about the fate and whereabouts of their missing relatives.

The findings were presented on Thursday during a press conference at the Home for Cooperation at Ledra Palace.

Though the remaining 60% were doubtful that their missing could still be alive so many decades since the disappearance occurred, a lack of credible information and absence of mortal remains continues to cast lingering doubts over the definitive fate of their missing relative.

According to the report, 91% of the relatives said their first need is to receive an answer regarding their loved one’s fate, whether they are alive or dead and in case of the latter, to locate, identify and receive the remains for a burial. This includes receiving updates and feedback on the status of their individual cases.

57% expressed a need for a greater official acknowledgement of their ongoing plight to find their loves ones and called for the authorities to make public statements before vital information is lost. They also talked about the importance of educating the next generation.

The need for psychological support amounted to 53%. The relatives said that with no proof of death, no possibility of closure and no rituals for support, there is no resolution of the families’ grief. 21% reported feeling reluctant to share their experiences with others who may not be empathetic of understanding.  29% reported experiencing economic and or/other administrative difficulties.

“If you call me on the phone and say that the bones have bee found, it will be like you are killing me a second time round, because I do not want to believe it…I prefer to keep on hoping in this situation. Others prefer to know what happened. I prefer to hope for as long as possible” (Daughter of a missing)

“At least if they find the bones you can see them and bury them…You can bury them and visit them…Where can I go to visit my son? If affects me so much…So much more than you can imagine…the more time passes, the fresher the wound becomes” (Mother of the missing)

“I believe that there are people who know what happened in those days…I’m not sure whether they are willing to help. Because…you know the pressure on the people is from both sides” (Wife of missing).

The ICRC’s recommendations to the relevant Cyprus authorities is to focus in particular on the ongoing needs of the families and to take all possible measures to relieve the 748 Greek Cypriot and 186 Turkish Cypriot families (accounting for a total of 1,072 missing) of their uncertainty and to fulfill their right to know.

They also call on them to communicate publicly about the issue of the missing with the aim of highlighting the humanitarian plight of the families to help generate wider general public understanding and empathy.

The report also points out the need for psychological and economic and administrative support.

CMP members and the plea of the relatives

Gulden Plumer Kucuk, the Turkish Cypriot member to the CMP said that for the families who have not yet received the remains of their loved ones, the wounds and their grief is as fresh as the memory when they first disappeared.

She said that the report did not come too late and that the CMP has now the methodology and expertise to carry out such a task and become the bridge between the relatives and the public.

The G/c member of the Committee Leonidas Pantelides said that the study confirms the conception that the mandate of the CMP is fundamentally correct, thus to provide definitive answers to the families of the missing and does not include investigation of the circumstances surrounding their death nor does it attribute responsibility.

He pointed out that the burden is to overcome time and he assured that the CMP understands the pain of the families and will intensify its efforts to meet the challenges ahead.

Paul-Henri Arni, the 3rd member of the CMP said that the CMP has handed over two confidential reports to the Greek Cypriot and Turkish Cypriot communities urging them to address the needs in the Family Needs Assessment. He said that they call them to clarify the fate of remaining missing persons and take all measures to relieve the families who are still in suffering and added that to this end, operational support and funding to the CMP is needed.

He also said that the authorities should address the psychological and financial needs of the families as well.  According to Arni, after 13 years of efforts, the CMP wanted to help the families who are still without news, to voice their needs.

Relatives of the missing who were present at the briefing said that families and parents have passed away without any news of their loved ones and soon there will be no relatives alive to receive information or the remains of their missing. Other said that the CMP is doing an excellent job but time is passing by, information is lost and the work needs to be intensified.