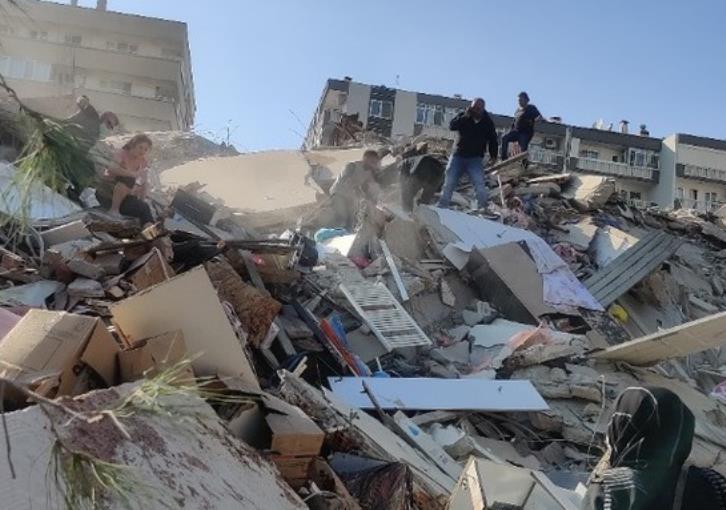 A magnitude 6.6 earthquake jolted Turkey’s Aegean region on Friday (Oct.30), according to the nation’s disaster agency.

Bugra Gokce, the secretary-general of the Izmir Metropolitan Municipality, told news channel NTV that some houses in the city had been destroyed in the tremor.

Istanbul Governor Ali Yerlikaya said the quake was also felt in Istanbul, but no “negativities” were reported.

Turkish Interior Minister Suleyman Soylu said that six buildings in the Aegean Izmir province were reportedly destroyed by the earthquake.

No causalities were reported, the minister added.

Other western Turkish provinces, including Usak, Denizli, Manisa, Balikesir, Aydin, and Mugla saw small damages to some buildings, he said.

Turkish search-and-rescue teams continue their work on the field, the minister added.

Turkish Environment Minister Murat Kurum said that people were trapped under the debris of five demolished buildings in Izmir after the earthquake.

The minister also said he was heading to the region, along with Turkish Agriculture and Forestry Minister Bekir Pakdemirli.

Energy and Natural Resources Minister Fatih Donmez said that ministry teams are directed to the region to avoid any problems related to energy supply.

Izmir Mayor Tunc Soyer said that around 20 buildings were reportedly collapsed by the quake.

“Bayrakli and Bornova districts seem to be the most critic regions,” Soyer said.

Turkish President Recep Tayyip Erdogan said that Turkey stands by the “citizens affected by the earthquake.”

“We took action to start the necessary work in the region with all our relevant institutions and ministers,” Erdogan added.

Three people, trapped under debris, were rescued in the Bayrakli district of the Aegean Izmir province.

The National Observatory of Athens Geodynamic Institute initially put the magnitude of the quake at 6.6 but later revised it to 6.7. The quake struck northwest of the Greek island of Samos in the Aegean Sea, said the observatory.