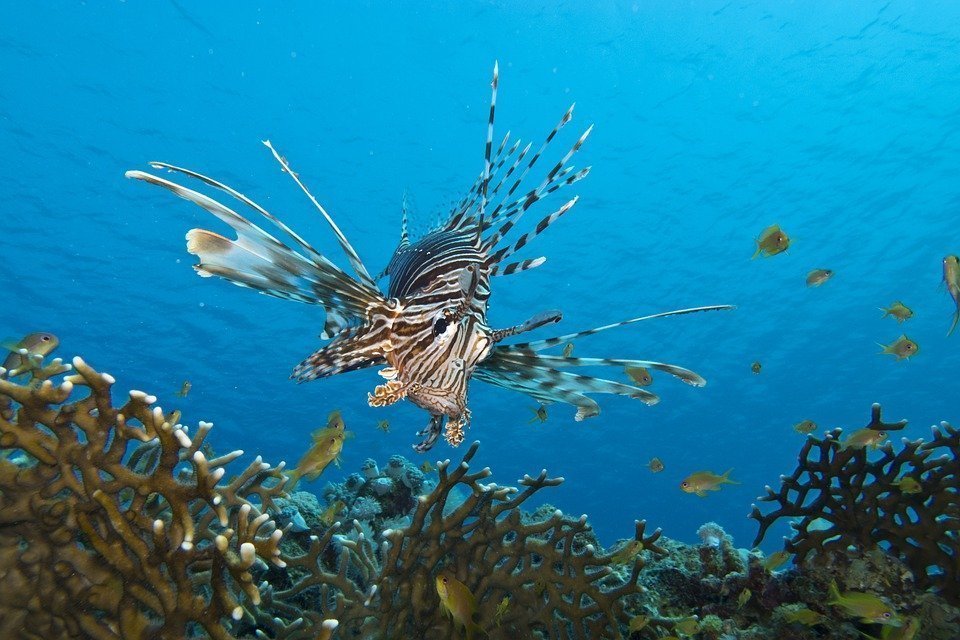 Marine and Environmental Research – MER Lab invites experienced divers to their 3rd lionfish removal derby which will take place on Sunday,  February 2 at Konnos bay, Cavo Greco. The competition area will stretch from the Cape tip where Ayioi Anargyroi chapel is located all the way to Kaliva diving site.

The agenda of the event:

Why is it important?

Lionfish, armed with venomous dorsal spines that enable them to deter predators, are more normally associated with warm tropical waters of the South Pacific and Indian Ocean. Almost two decades ago the non-native tropical fish began to enter US waters, appearing in the Atlantic after pet owners started releasing outsized lionfish from home aquariums into the sea.

Now they have reached Europe. In 2012, after initial sightings off Turkey, Israel and Lebanon, they were spotted off Cyprus. Three years later they had appeared further south in Greece, Italy and Tunisia, testimony, scientists say, to their ability to both enter new territories and spawn at record rates.

The Cypriot government has agreed to organised culls – acknowledging that if the pest is not brought under control lionfish will have an effect on commercial fishing. Global warming and the rise in sea temperatures have encouraged the invasion.

Global warming and the rise in sea temperatures have encouraged the invasion.

A report compiled by the Limassol-based Marine & Environment Research Lab with Hall-Spencer, noted that the Indo-Pacific species had colonised almost the entire south-east coast of Cyprus “within a year … assisted by sea surface warming.”

But scientists believe expansion works to the Suez Canal have also played a role, by enabling the toxic fish to migrate from native habitats in the Red Sea. The canal, which is one of the world’s most important waterways, was widened and deepened to cater for ever-bigger container ships only three years ago.

Environmental watchdogs have said invasive species are now among the top five leading causes of biodiversity loss globally. In the western Atlantic voracious lionfish have been linked to the reduction of coral reef fish by about 65%.

Lionfish InvasionWant to know how you can help protect our ecosystem from the Lionfish Invasion? Watch the video to see conservationist and artist Guy Harvey explain what you can do. Think you’re a lionfish expert? Challenge yourself to answer these questions (SPOILER ALERT: answers are in the video!): 1. What is the native range of lionfish? 2. How many native fish and invertebrate species are consumed by invasive lionfish? 3. What FWC programs help combat lionfish?Download this video: https://vimeo.com/332496682More #lionfish info: https://myfwc.com/lionfish@Guy Harvey Research Institute Guy Harvey #GuyHarvey

By In Cyprus
Previous articlePaphos murder: Suspect remanded for killing estranged wife (updated)
Next articleMoJ to promote community service instead of imprisonment for minor offences